Virus Pushes Pakistan’s Transgender Dancers Out of Their Homes 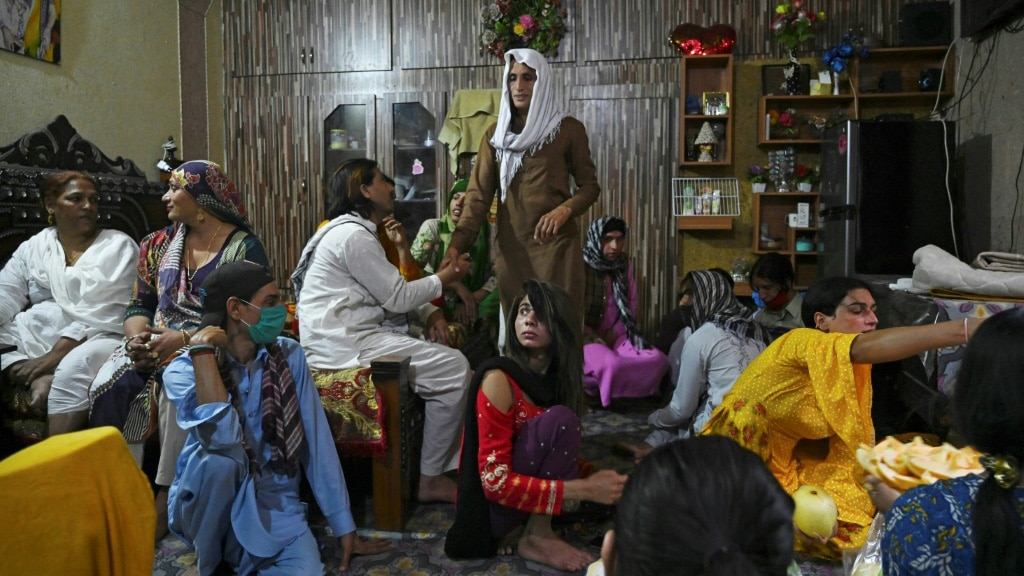 Transgender people in Pakistan are largely shunned by society

Before the virus shutdown, dancer Adnan Ali had carved out a comfortable living performing at parties for newlyweds and newborns, avoiding the financial hardship faced by many in Pakistan’s transgender community.

But the closure of wedding halls and scrapped celebrations where she would twist and twirl in front of applauding crowds have frozen her income, forcing her out of the one-bedroom apartment she rented in a wealthy suburb of Islamabad.

Now she shares a cramped single room in a shelter with other transgender dancers who have also lost work because of a nationwide lockdown triggered by the pandemic.

“I want to return to a routine again, to dance again and to do something good in my life,” said Ali, sitting barefoot on the steps of the house in Pakistan’s capital.

Transgender people in the country are known as “khawajasiras” or “hijras” — an umbrella term denoting a third sex that includes transgender women and cross-dressers.

Many claim to be the cultural heirs of eunuchs who thrived at the courts of the Mughal emperors that ruled the Indian subcontinent for two centuries until the British arrived in the 19th century and banned them.

They are traditionally called upon for rituals such as blessing newborns or to bring life to weddings and parties, in a country where it is considered un-Islamic for a woman to dance in front of men.

Pakistan became one of the first countries in the world to legally recognize a third sex in 2009 and began issuing transgender passports from 2017. Several have also run in elections. 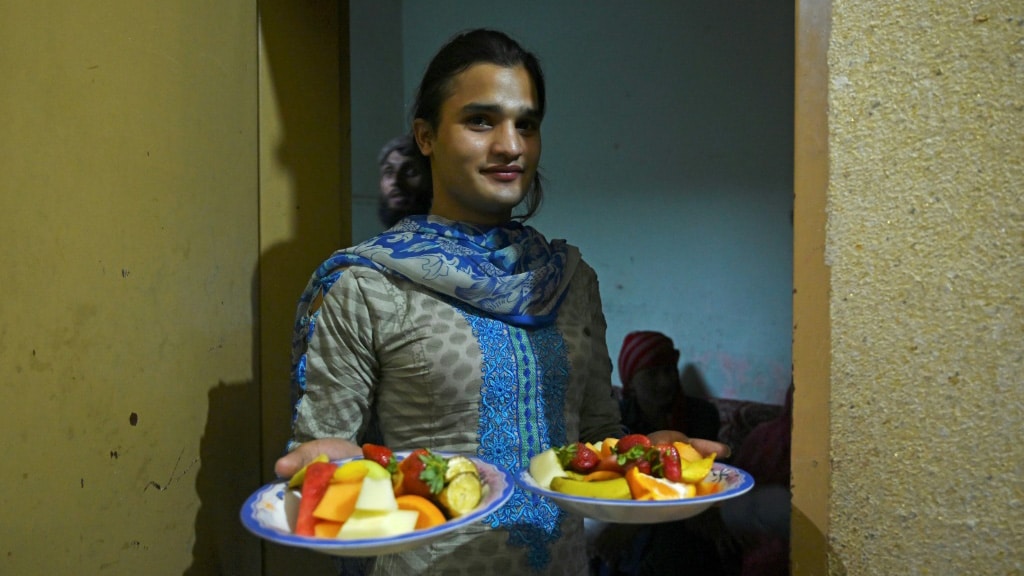 Despite these signs of integration, they are largely shunned by society, the victims of beatings and rapes. Those who cannot make ends meet as dancers are often condemned to a life of begging or sex work.

Outside the joy of dancing, life for 26-year-old Mena Gul has always felt like a form of self-isolation.

“We have been quarantined for our entire life, we cannot go outside and we hide our faces whenever we leave our homes,” she told AFP, her wardrobe of dazzling dresses neglected.

Now she has left behind the safety of the apartment she shared with fellow dancers in the northwestern city of Peshawar and moved into a room in one of the city’s slums. 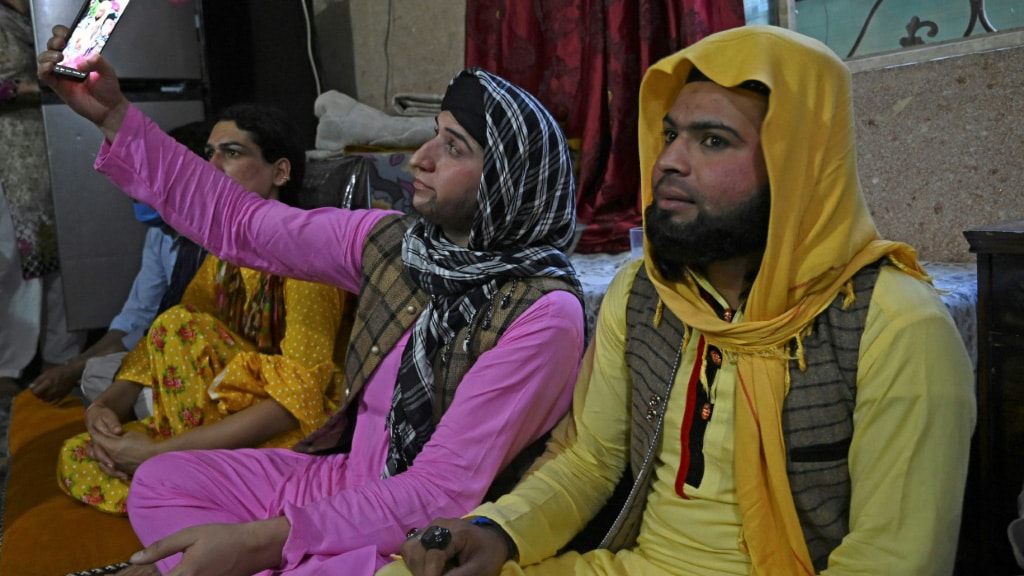 While impoverished Pakistan has relaxed its shutdown of businesses, even as a record number of new cases are reported on a near daily basis, wedding halls have not been allowed to reopen.

Over the past few months the shelter, which once helped around a dozen transgender people, has bulged to offer food to more than 70, supported by local donations.

The few rooms it offers were quickly filled, with some sleeping on the floor to maximize space.

Make-up artist Nadeem Kashish, who founded the shelter, has had to turn many people away. On the street outside, dozens pushed out of work beg passers-by for food.

“I can see that the problems will increase in the future, it’s not going to end, the uncertainty has created mental and physiological problems,” Kashish said, questioning whether the dancers will be able to regain the financial freedom they once had.

Dancing is a way of avoiding a life of begging or sex work for many in the marginalised transgender community, believed to number hundreds of thousands in Pakistan according to studies by non-profit groups and development organisations.

Fear of contracting the virus has caused many sex workers to stop offering services, pushing them further into poverty. 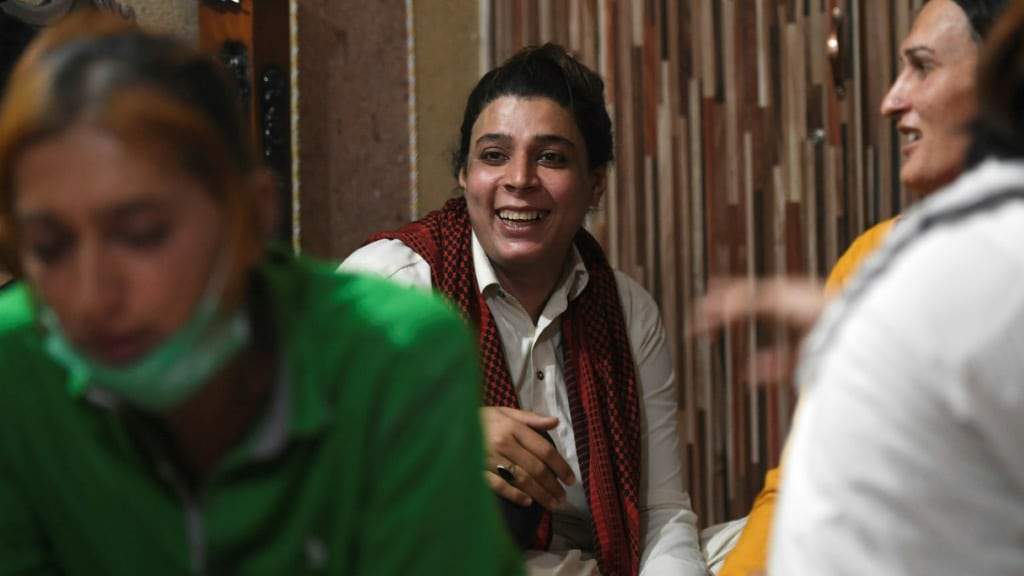 “They were already facing social humiliation and further isolation is increasing their stress and anxiety,” said Taimur Kamal, a transgender rights activist, of those forced out of work.

For Ali, the Islamic month of Ramadan which ends this weekend should be a time to be swept up in the excitement of celebration and feasting with friends.

Now she spends her time searching out donations for the overburdened shelter.

“I dream of a time when this corona thing has ended and I start performing in parties again.”