Australia’s Secret Mission to Save ‘Dinosaur Trees’ from Bushfires

Fewer than 200 of the trees exist in the wild, hidden in a gorge in the World Heritage Blue Mountains, northwest of Sydney, an area hit by one of the biggest bushfires that have ravaged much of Australia for months.

With flames approaching the area late last year, air tankers dropped fire retardant in a protective ring around the trees while specialist firefighters were winched into the gorge to set up an irrigation system to provide moisture for the grove, officials said. 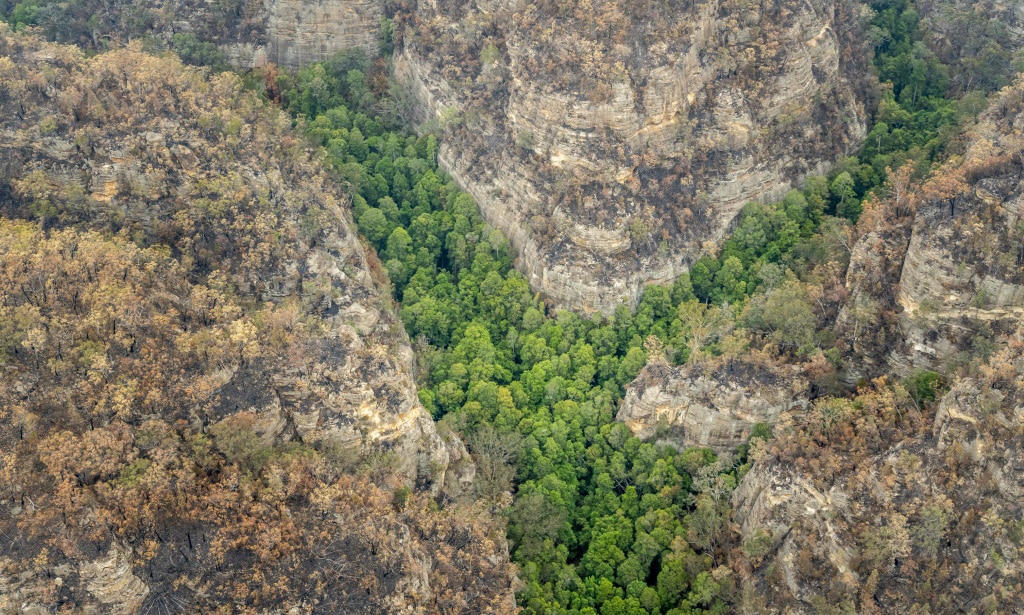 While some of the trees were charred by the flames, the grove was saved from the fires, he said in a statement late Wednesday.

“The fire did go through there, we had a few days of thick smoke so we couldn’t tell if they’d been damaged. We all waited with bated breath,” he told ABC radio.

“It’s just been a phenomenal success story,” he added.

He said this wildfire season was the first opportunity to monitor the response of the trees to fire in a natural setting, helping the park to refine how it manages the grove. 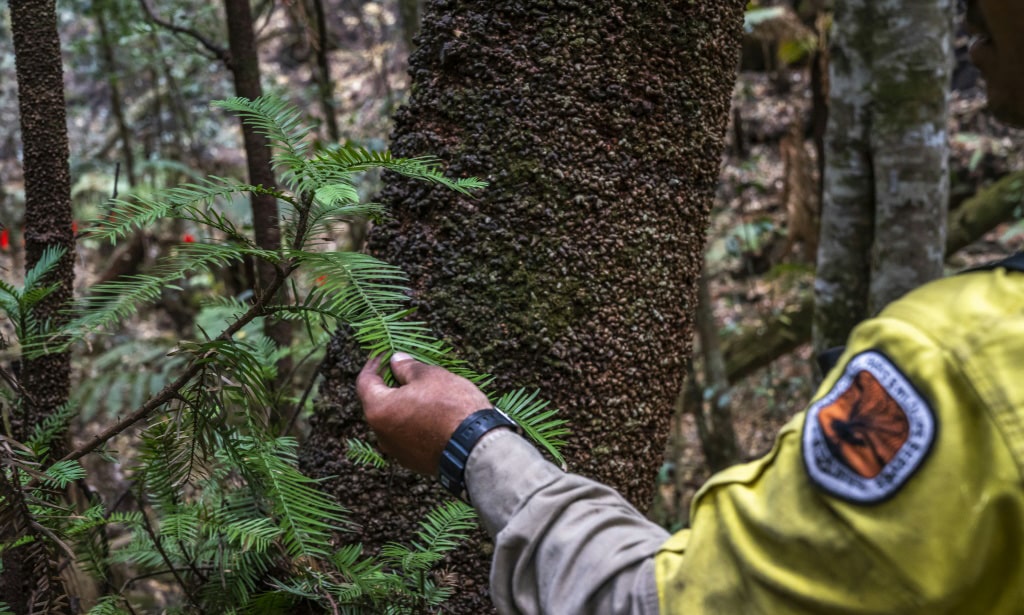 The Wollemi Pine which grows up to 40-metres (130-feet) high is believed to have existed since the Jurassic period 200 million years ago, pre-dating many dinosaurs.

They were believed to be extinct, only ever seen in fossils, until their accidental discovery by a park ranger in 1994.

The grove’s remote location has remained a closely-guarded secret to protect the trees from contamination by visitors.

“Illegal visitation remains a significant threat to the Wollemi Pines survival in the wild due to the risk of trampling regenerating plants and introducing diseases which could devastate the remaining populations and their recovery,” Kean said. 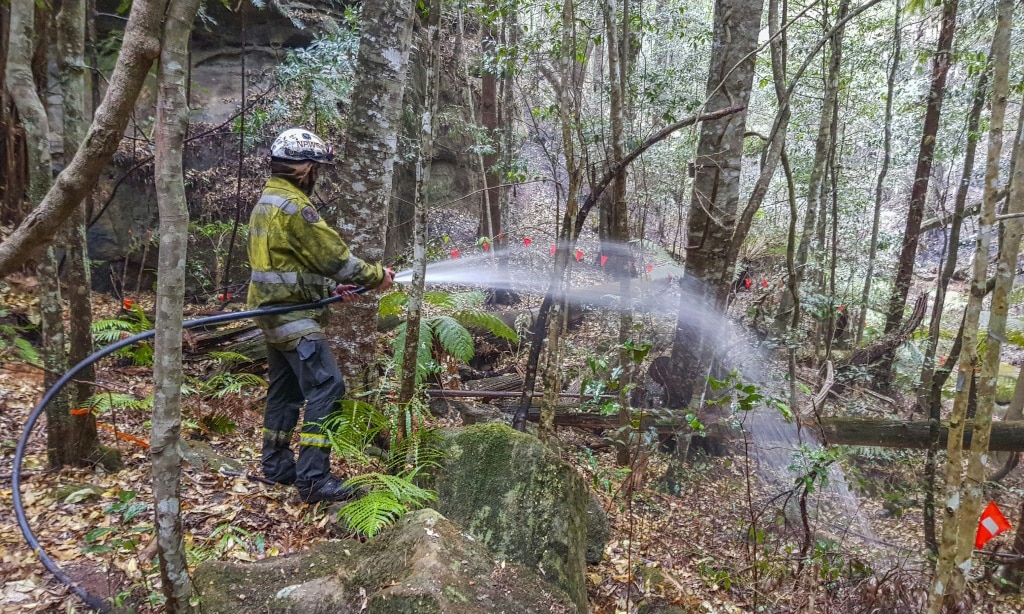 The trees have been propagated and distributed to botanic gardens around the world to preserve the species, but the Wollemi gorge is the only wild stand.

About one billion animals may have died in fires which have driven many species closer to extinction, according to environmental groups.

The country was enjoying a long-awaited respite on Thursday as rainstorms blanketed much of Australia’s east, although a return to warm and dry weather was forecast for later in the southern summer.