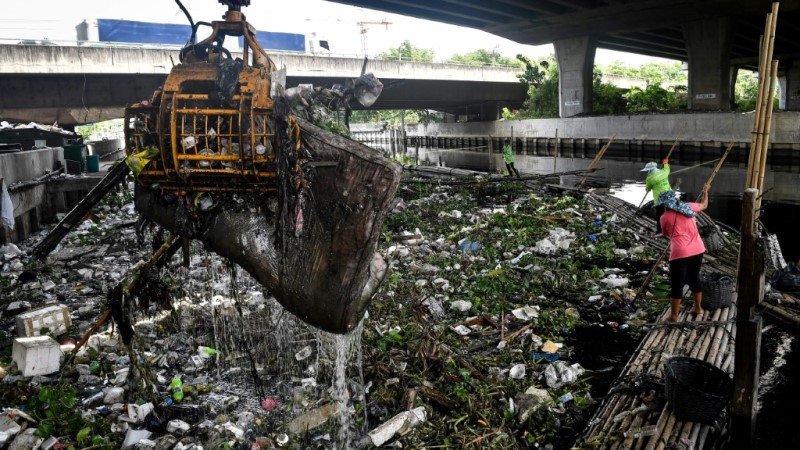 The contagion has had mixed outcomes for Thailand’s environment, with dugongs, turtles and otters returning to beaches normally packed with tourists.

But in urban areas plastic food containers, cutlery and bags have piled up, clogging canals, rivers and landfills as people stuck at home because of the epidemic order take-away.

Urban waste almost doubled between January and March from a year ago mainly due to increased food deliveries, says Wijarn Simachaya, president of the Thailand Environment Institute.

In Bangkok alone, rubbish leapt by 62 percent in April.

“The situation is really worrying,” he says. 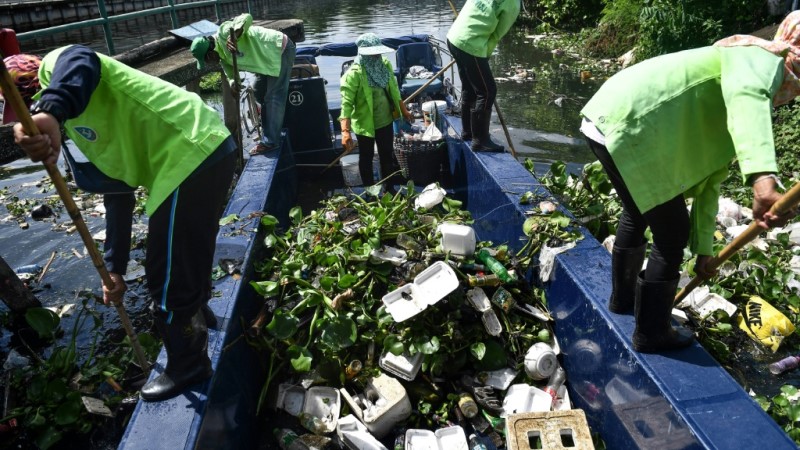 In Bangkok alone, rubbish leapt by 62 percent in April

Thailand along with Indonesia, the Philippines, China and Vietnam produce half the plastic waste in the world’s oceans, according to campaign group the Ocean Conservancy.

Over the last year all of those countries have pledged, or introduced, new rules to ban single-use plastic bags and other throwaway items.

Before then Thais on average used eight bags a day, 12 times more than a resident of the European Union.

While the kingdom has weathered the virus well, with just over 3,100 cases and fewer than 60 deaths, fears of contracting it have seen single-use plastic return with a vengeance.

The new normal comes with more plastic — cutlery in sterilized bags and condiments in zip-lock sachets.

“A large part (of the extra plastic) will end up in the rivers and oceans,” warns Tara Buakamsri of Greenpeace Thailand.

He says the crisis had “cruelly highlighted” the need for better waste management in a country where only about 19 percent of the two million tons of plastic waste produced last year was recycled. 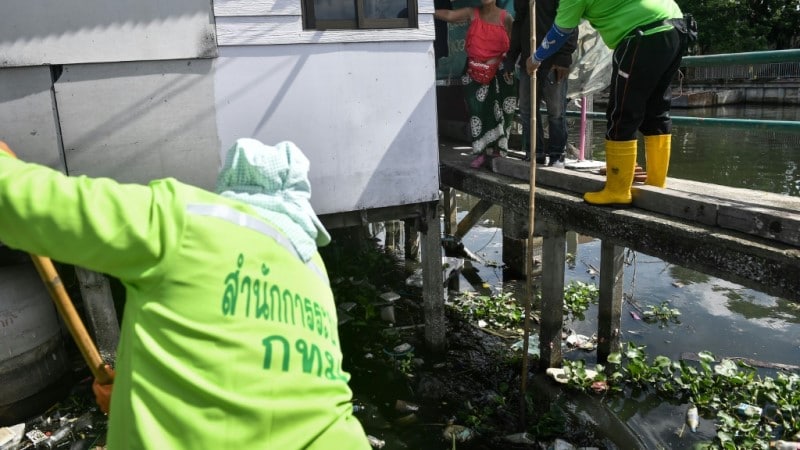 The government aims for 100 percent recyclable plastic to be in common use by 2027.

The other big four Asian plastic polluters are yet to give comprehensive figures on plastic use during the virus.

But some cities in Japan have reported an increase in plastic waste, even though its citizens are better at recycling.

Concerned by Thailand’s enduring addiction to plastic, civil society is hoping to inspire a public detox.

In northern Thailand, an academic is leading a team paving roads with plastic bags mixed with sand.

The composite slabs are lighter to transport and can last up to 400 years before decomposing, says Wechsawan Lakas of Chiang Mai Rajabhat University.

His inspiration to find an alternative came after a trip to the beach with his two young sons, who discovered waters bloated with plastic waste.

But the small gains are outsized by the scale of the Thai plastics industry, he says, insisting greater political will is needed to alter both consumer habits and the sources of raw materials.

“Because of the power of the petrochemical industry it will be difficult for the government to implement aggressive policies,” he warns.