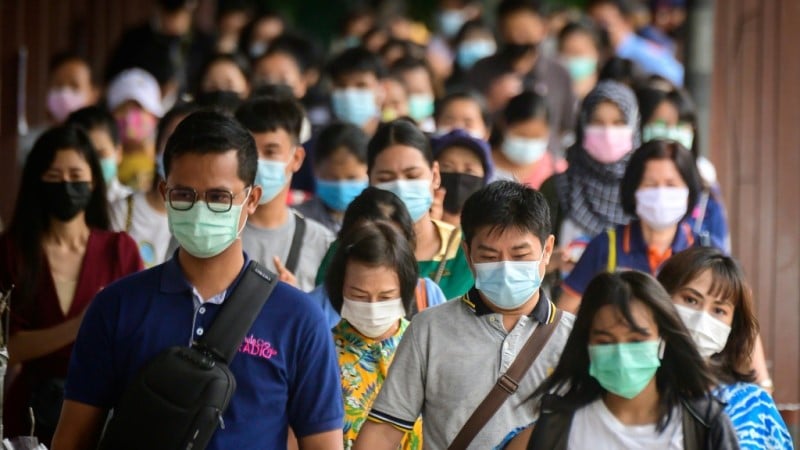 Wearing masks is now compulsory in public spaces in 49 provinces of Thailand as well as the capital, Bangkok

Thailand’s prime minister was fined for not wearing a mask Monday after new Covid-19 restrictions came into force to try to halt the country’s spiralling outbreak.

Wearing masks is now compulsory in public spaces in 49 provinces and the capital, Bangkok — where the latest outbreak has been traced back to a nightlife district.

After a picture of a maskless Prime Minister Prayut Chan-O-Cha attending a meeting emerged on social media Monday, the Bangkok governor said the premier had been fined 6,000 baht ($190). 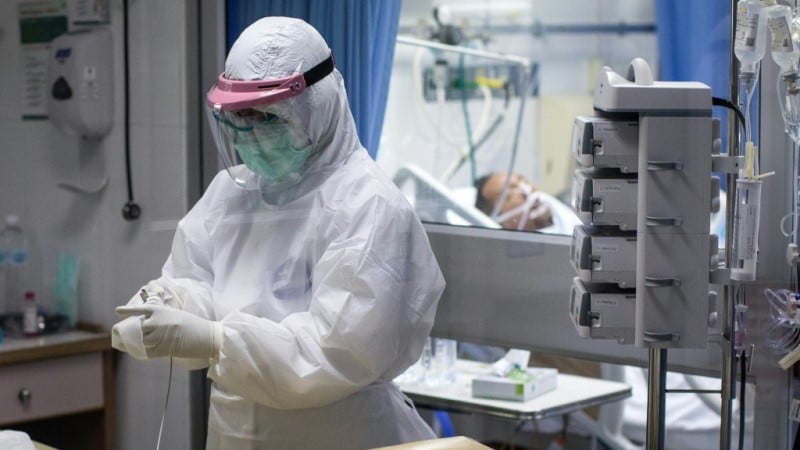 Until the latest outbreak, Thailand had managed to keep infections down

“As Bangkok governor, I filed a complaint against the prime minister who accepted the fine,” Governor Aswin Kwanmuang wrote on Facebook.

Some 2,048 new cases were announced in Thailand on Monday. The day before, the country recorded its highest single-day death toll of the pandemic, with 11 fatalities.

Until the latest outbreak, Thailand had managed to keep infections down thanks to strict travel restrictions and swift action to isolate confirmed cases.

But there have been complaints about the slow rollout of vaccines, with the kingdom lagging behind other countries in the region.

“It’s a failure in management from the health ministry,” said 61-year-old restaurant manager Pracha, who only gave his first name.

Prayut said on Facebook the government was trying to source more doses and ramp up the programme to inoculate 300,000 people a day.

In addition to the mask requirement, authorities in the capital have closed a raft of venues including cinemas, parks, gyms, swimming pools, spas and nurseries.

The new restrictions come a week after bars and nightclubs were ordered closed and restaurants banned from serving alcohol.

Pranee Namrat, a 48-year-old seafood vendor, told AFP she was frightened the situation would get worse.

“If I got infected… I’m scared of not having a place for treatment,” she said. 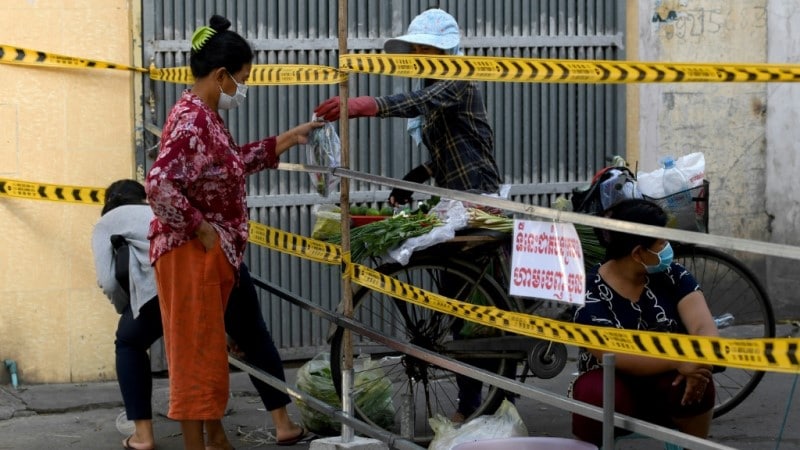 In neighbouring Cambodia, also in the grip of a new coronavirus wave, the World Health Organization (WHO) urged factory owners in the key garment sector to help protect workers.

“The current outbreaks in factories and markets serve as a painful reminder of the importance of investing in mitigation measures before cases occur,” Li Ailan, the WHO representative in Cambodia, said in a statement.

The capital Phnom Penh has been under lockdown for 12 days — and the measure has now been extended until May 5, authorities announced late Monday.

Officials had also previously ordered all wet markets in the city to close for a two-week period.

Around 1.3 million Cambodians have received at least one dose of the vaccine. The country, which has a population of 16 million, is using China’s Sinopharm and Sinovac vaccines as well as AstraZeneca.

On Monday, Prime Minister Hun Sen appealed to countries “not to hoard the vaccine more than needed as well as not to use the vaccine as a political tool”.

Cambodia has reported 10,555 cases in total and 79 deaths including 10 on Saturday — a single-day record for the country.

Laos — which appeared to escape the brunt of the pandemic last year — is also undergoing a surge, jumping from 58 cases to 436 in less than a week.

Its capital Vientiane was placed under a snap lockdown last week, with authorities prohibiting residents from leaving their homes except for groceries and going to the hospital.