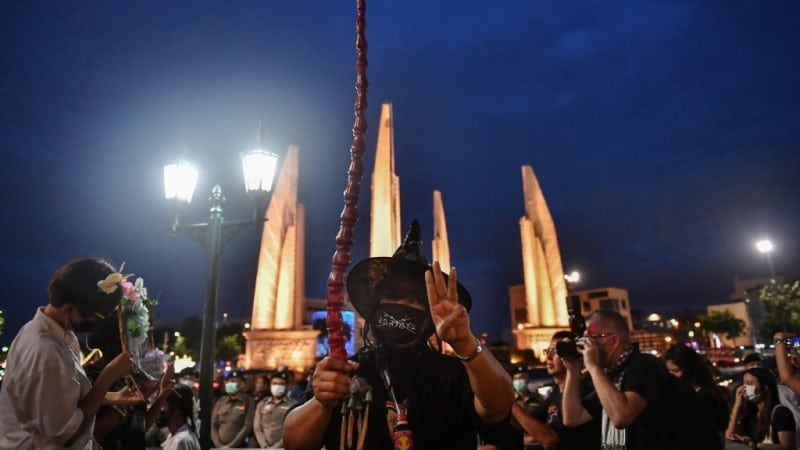 For more than two weeks, young Thais across the country have held near daily protests at universities and town halls to denounce the military-aligned government of Prime Minister Prayut Chan-O-Cha.

Some have also waded into sensitive territory in recent weeks by holding up placards opposing Thailand‘s lese majeste law, one of the world’s harshest.

It shields the monarchy and its super-rich King Maha Vajiralongkorn from criticism, making open scrutiny of the monarch virtually impossible. 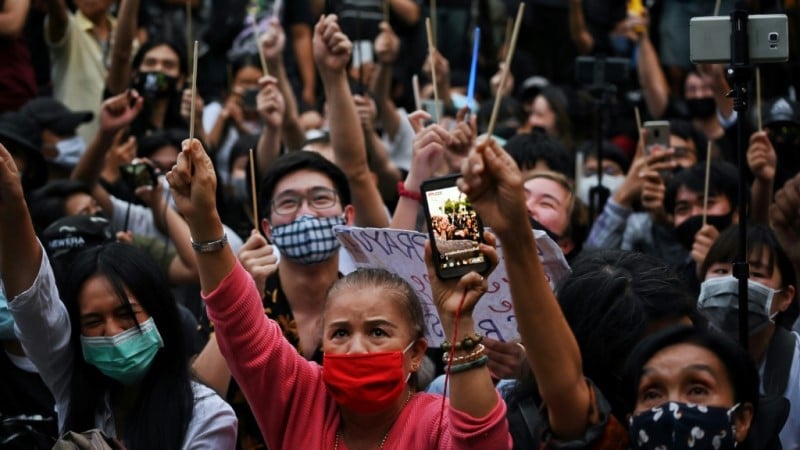 But younger Thais have grown bolder in lock-step with their rising discontent of Prayut — whose hold on power is regarded as a legacy of a royalist junta regime.

As night fell Monday, the protesters — who rally organizers had said would “cast a spell” for democracy — listened in rapt attention as an organizer recounted the plot of the popular J.K. Rowling novels about the adventures of a young wizard.

Prominent lawyer Anon Numpa — wearing a striped Gryffindor scarf and black robe — took the stage under the gaze of dozens of police officers to denounce Prayut.

He accused the former army chief of using his position to “gain benefits”.

The government “must stop this before the country finds itself in another… confrontation,” Anon said. 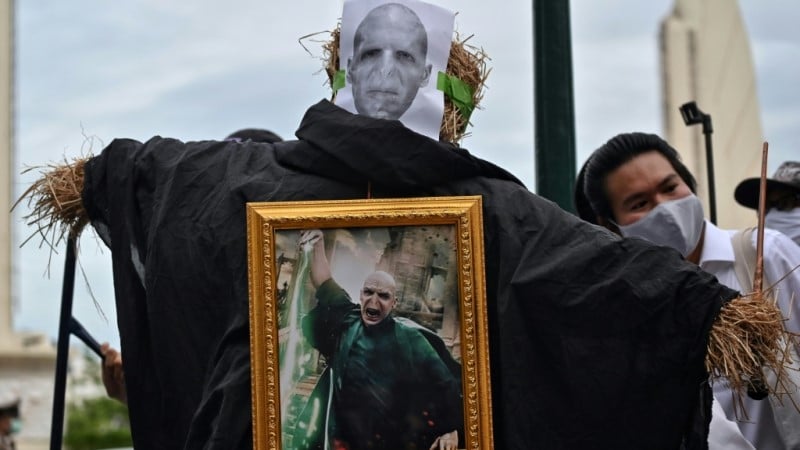 The coronavirus pandemic has sent Thailand’s economy into freefall, laying bare the inequalities of a society perceived to favor the elite pro-military establishment

The kingdom’s draconian lese majeste law carries a sentence of up to 15 years per charge, making reporting of any criticism by Thailand-based media forbidden.

The subversive protest was held at Bangkok’s Democracy Monument, built to mark the 1932 revolution that established a constitutional monarchy.

Analysts say the kingdom risks slipping back towards absolutism under the reign of Rama X and the hardline royalist generals around him.

The pandemic has also sent Thailand’s economy into freefall, laying bare the inequalities of a society perceived to favor the elite pro-military establishment.

Young Thais on Monday harpooned the government for its mishandling of the economy, calling a protester dressed as deputy prime minister Prawit Wongsuwan a “tax eater”, referencing the “death eaters” of the Harry Potter world.