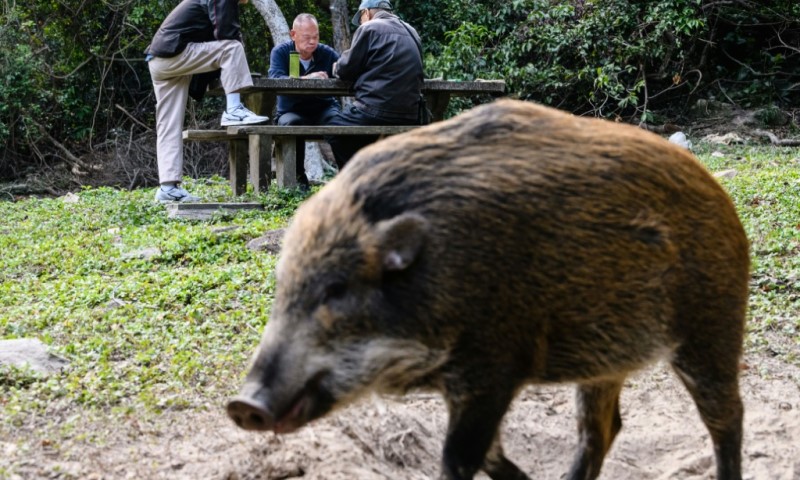 A young wild boar in Hong Kong has sparked delight by hopping onto a Hong Kong subway train and leading staff on a merry cross-harbor chase that included boarding two separate trains.

The plucky piglet slipped under the ticket barriers of Quarry Bay station on Hong Kong Island on Friday afternoon and somehow managed to board a passing train.

Video of the incident showed the juvenile trotting down a carriage half-filled with bemused commuters as a hapless staff member tried — and failed — to catch him with a blue tarpaulin.

Officials said the pig alighted a few stops later and then boarded a second train that headed under Victoria Harbor. 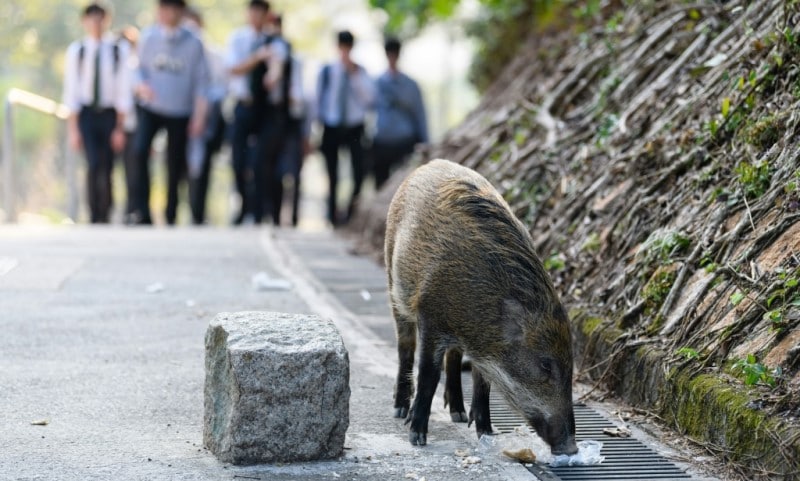 Boars have been filmed running alongside vehicles on roads, jogging down beaches — and even falling through the ceiling of a children’s clothing store

The train was eventually diverted to a depot where officers from the Agriculture, Fisheries and Conservation Department were able to safely capture the animal and release him back into the wild.

And increasingly humans and pigs are meeting face to snout.

Boars have been filmed running alongside vehicles on roads, jogging down beaches filled with sunbathers, sniffing the tarmac at the city’s international airport — and even falling through the ceiling of a children’s clothing store.