Biden Offers Safe Haven to Hong Kongers in US 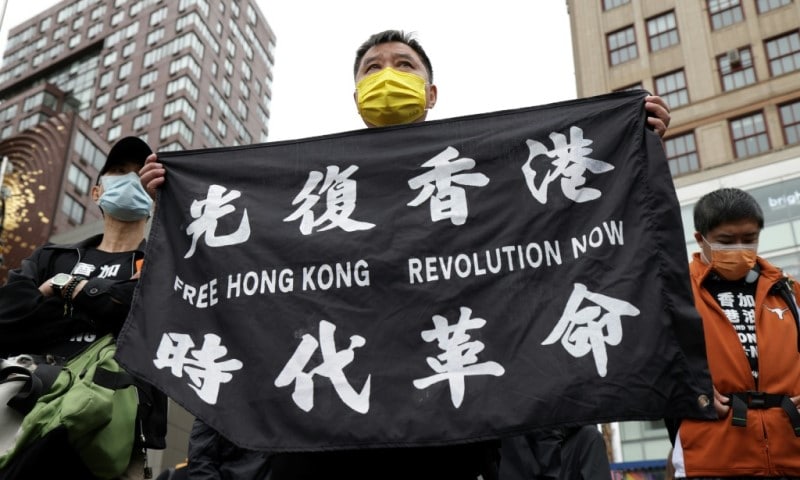 President Joe Biden announced Thursday that Hong Kong citizens currently in the United States who fear for their safety amid the political crackdown back home will receive temporary safe haven.

Biden said the move recognizes “the significant erosion” of rights and freedoms in Hong Kong by the Chinese government.

Biden cited the “politically motivated arrests” of more than 100 opposition politicians, activists and protesters on charges under the national security law, including allegations of secession, subversion and terrorist activities. 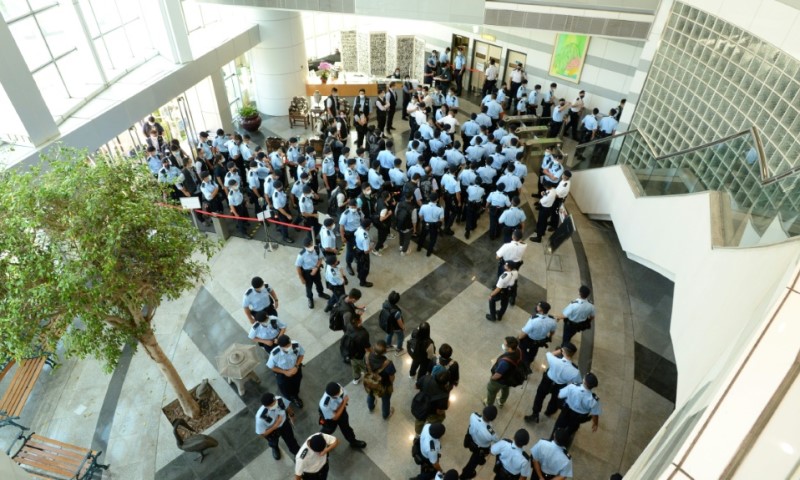 More than 10,000 others have been arrested in relation to anti-government protests, he said.

The new decision extends “deferred enforced departure” (DED) to Hong Kong residents currently in the United States, allowing them to remain for 18 months even if their visas have expired.

It differs from the more formal immigration class of “temporary protected status” (TPS), which is given to foreign nationals stuck in the United States due to natural disasters or political upheavals back home.

Since the national security law took effect, “social order has been restored, rule of law and justice have been upheld” and rights have been better protected, he said, adding that “this is an undeniable fact that all unbiased people would recognize.”

China introduced the national security law in Hong Kong on June 30, 2020, giving Beijing more power over the territory’s judiciary and criminalizing many types of political activity.

Critics say it is being used to undermine the “one country, two systems” architecture for the city’s governance, established when Britain handed its former colony back to China in 1997.

The arrest of opposition politicians has stifled free speech and left activists in fear of detention or other punishment, including those overseas.

In June, Hong Kong police raided the offices of the feisty pro-democracy newspaper Apple Daily, shutting it down and arresting key executives.

Under the national security law, US Secretary of State Antony Blinken said, “Hong Kong’s promise of democracy has dimmed.”

China has “fundamentally altered the bedrock of Hong Kong’s institutions and suppressed freedoms of Hong Kongers,” he said in a statement.

In a show of bipartisan support, Republican Senator Pat Toomey called Biden’s announcement “the right call” and pledged US support for the territory against “China’s oppressive regime.”

“Hongkongers are facing abhorrent retribution for actions as simple as speaking out against Beijing’s crusade to undermine freedom, democracy, and basic rights in #HongKong,” he tweeted.

Biden’s declaration came nearly three weeks after the US government formally warned American businesses of the “growing risks” of operating in the Asian financial hub.

The Washington-based Hong Kong Democratic Council, one of those hit with sanctions, said Biden’s offer of DED status “will provide a critical lifeline for Hong Kongers currently in the US.”

Safe haven “will mean the difference between living freely while continuing to fight for human rights and democracy in Hong Kong and being forced to return to Hong Kong spending years or even life behind bars,” said the council’s managing director Samuel Chu.

Chu, a US citizen for whom Hong Kong authorities have issued an arrest warrant, said DED status could potentially benefit an estimated 1,500-2,000 Hong Kong students in the United States and possibly tens of thousands of others who entered the country on tourist or other temporary visas.

Offering safe haven to Hong Kongers is likely to further sour relations between Beijing and Washington.

The two sides are facing off on a long list of issues including China’s threats to US-backed Taiwan and its contested territorial claims in the South China Sea, US allegations that China methodically steals American intellectual property and the sweeping repression of Uyghurs and other minorities in China’s western Xinjiang region.

“The hope may be that by demonizing China, the US could somehow… blame China for its own structural problems,” Xie said.