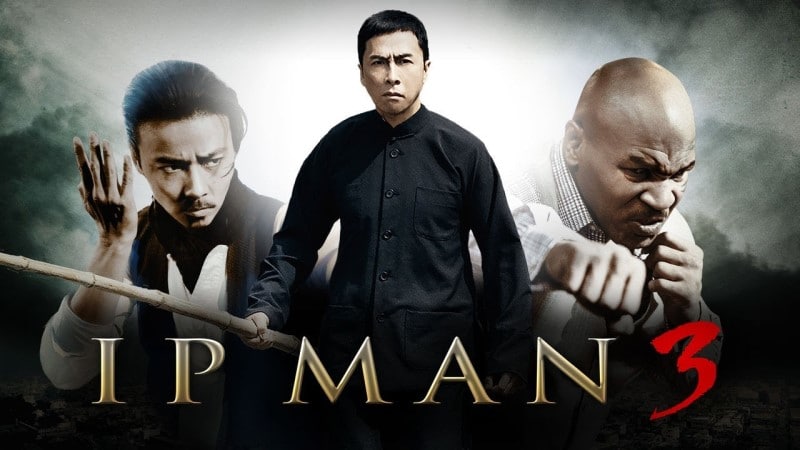 As more and more Asian actors are getting the opportunity of starring in a Hollywood film, some famous Western movie stars are also given the chance of getting cast in Asian films.

While Hollywood values what Asian actors can bring to the movie industry, Asian filmmakers too, realized that by casting Hollywood actors they can reach the Western audience. They come as starring roles or cameos. Regardless, they serve as a magnet to attract more movie-goers.

If you’ve watched The Great Wall, then you might have noticed the three main casts who are white actors: Matt Damon, Willem Dafoe, and Chilean-American actor Pedro Pascal. Or maybe you’ve seen Keanu Reeves playing the antagonist in his directorial debut with a multilingual China-set fight film starring “Matrix” stuntman turned frontman, Tiger Chen in the film Tai Chi Xia or Man of Tai Chi. And do you remember the guy who impersonated Barack Obama in My Name Is Khan? If you don’t know him, his name is Christopher Duncan. Although he played a very short role, he really did a good job. But they are not the only Westerners who overcame language barriers to star in Asian films.

Let’s see how many of these western actors you’ve seen in an Asian film.

Adrien Brody seems to have the most Asian movies among Hollywood stars. He was cast as the antagonist Roman Consul, Tiberius in Dragon Blade (2015) starred by Jackie Chan and John Cusack. The Academy Awards winner also took the role of a priest in Back to 1942 with Tim Robbins. And in 2017, he joined Bruce Willis and Mel Gibson in The Bombing.

This year, Arnold Schwarzenegger also worked with Jackie Chan in a Russo-Chinese movie, Viy 2; Journey to China. English actor, Jason Flemyng also joined them in this film along with Charles Dance.

Bruce Willis
As mentioned he was with Brody in the film The Bombing, he was an air force officer in this war film about the bombings of Chongqing in World War II. As for Mel Gibson, well you won’t see him on screen because he served as a creative director.

Christian Bale also played as an American priest in The Flowers of War. The brutal and historical war drama about the 1973 Rape of Nanking was directed by Zhang Yimou. It’s a kind of movie you wouldn’t watch with your kids.

You may remember him for his 90s one-hit-wonder Gangsta’s Paradise. He got the role of a drug dealer in a Hong Kong action movie; China Strike Force with Mark Dacascos in 2000.

Speaking of action films, the martial arts master from Brussels made his first appearance in a Chinese film in the 2015 movie Jian Bing Man where he played as a bad guy. But it wasn’t his first movie outside Hollywood. In 2012, he also played a cameo in a Russian comedy Rzhevsky Versus Napoleon which based on the title, about the 1812 war between the Russian Empire and Napoleonic France but in an extremely ridiculous way.

Yes, as mentioned earlier he starred in Dragon Blade as Lucius, a renegade Roman who teamed up with Jackie Chan against Brody.

Tim Robbins got the role of the journalist in the Back to 1942 which is a Feng Xiaogang historical film about the famine in Henan in 1942.

The professional boxer turned actor appeared in Ip Man 3 as an American property developer. He was the big boss and antagonist in the story but after an elaborate fight scene, they part on friendly terms as equals.

Paul Rudd
Before you saw him in a Marvel Studios film, Ant-Man, he was out chasing a rogue techie and murderous robots in Hong Kong in the 2000 sci-fi action film, Gen-Y Cops.

Stereotypically, Paul Blackthorne was a bad man in his role as Captain Russell in a 2001 Indian film Lagaan which was nominated at the Oscars. You may know him now as Quentin Lance in the Television series Arrow.

She is a British actress who played Elizabeth who grew fond of Bhuvan in Lagaan. She had been in many TV series like Once Upon A Time and Deep State.

American actress, Sarah Thompson was the love interest of Ranbir Kapoor in Raajneeti. She is best known for her role as Eve in Angel and Rose in 7th Heaven. She had also been in many TV series like 12 Wishes of Christmas and No Clean Break to name a few.

Lester Speight was the big guy in Transformers: Dark of the Moon, he was a part of the Indian movie, International Khiladi where he beat Akshay Kumar.

In case you don’t know him, he is a Chilean martial artist who has been in various action movies such as Undisputed III: Redemption (2010) and Machete Kills (2013). In 2016, he was the finalist fighter in the movie, Sultan starring Salman Khan.