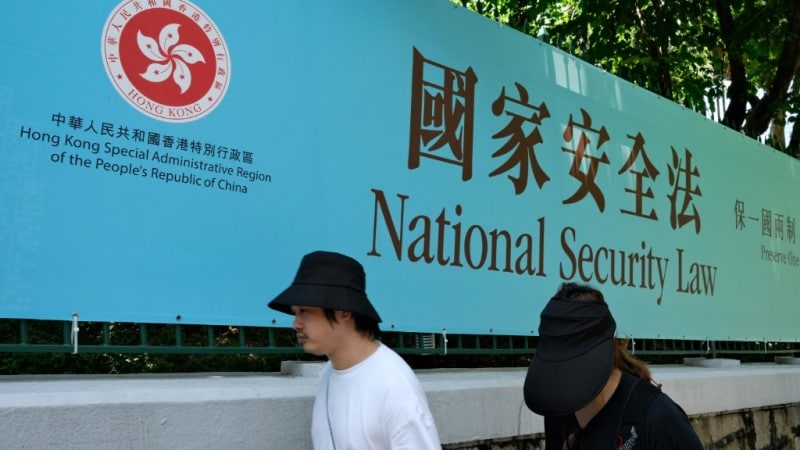 Unlike mainland China, Hong Kong has open internet access, but critics of Beijing fear powers given to the police under the new law could herald the end of that freedom.

Internet users noticed the website HKChronicles was unreachable from some Hong Kong-based devices last week, and its owner put out a statement saying she believed authorities were blocking access.

Police declined to comment, but on Thursday Hong Kong Broadband Network — one of the city’s internet service providers — confirmed a takedown order had been issued.

“We have disabled the access to the website in compliance with the requirement issued under the National Security Law,” the company said.

HKChronicles, which is still available overseas and in Hong Kong through virtual private networks, is a controversial site.

It ran lists of businesses that support the democracy movement, and collected stories and footage from huge and often violent pro-democracy protests that swept Hong Kong in 2019 — with a particular focus on allegations of excessive police violence.

But after officers began removing identifying badges during clashes with protesters, the website started collecting their personal details — a tactic known as doxxing, which is illegal in Hong Kong and many other jurisdictions.

It also listed the names and details of many pro-Beijing figures.

Access to the internet in authoritarian China is impeded by a “Great Firewall” that limits sites and information that people on the mainland can access.

But semi-autonomous Hong Kong remains outside that firewall, a crucial component of its status as an international business hub.

Among its many new provisions were fresh police powers to order internet providers to remove websites or content deemed to breach national security, sparking fears the “Great Firewall” might be widened to one day encompass Hong Kong.