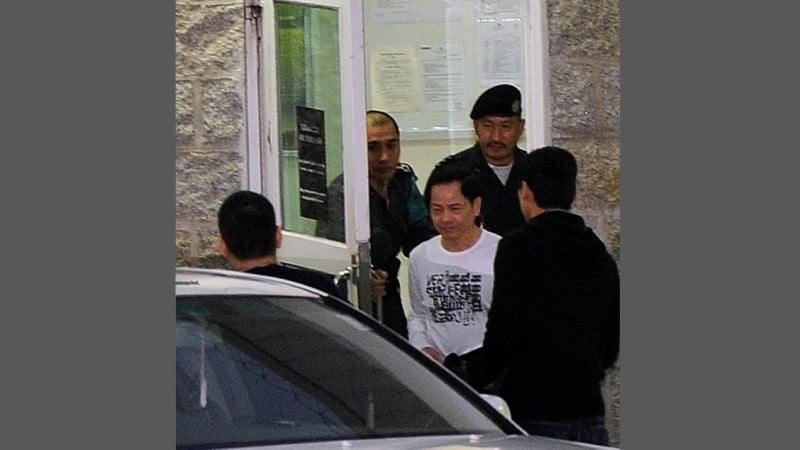 The US Treasury slapped sanctions Wednesday on a notorious Chinese organized crime leader known as “Broken Tooth”, alleging he is expanding criminal activities throughout Southeast Asia on the back of a major Beijing infrastructure initiative.

Wan Kuok-koi, the head of the powerful 14K triad, or organized crime group, has built operations in Cambodia, Myanmar and Palau since being released from Macau prison eight years ago, the Treasury said.

It called Wan a member of the Communist Party of China’s Chinese People’s Political Consultative Conference who has attached his criminal operations to Beijing’s Belt and Road Initiative, a multi-year plan to build economic and political networks throughout developing countries.

It said Wan’s Cambodia-based World Hongmen History and Culture Association has been a front for criminal activities, developing and launching crypto currencies, dealing in real estate and casinos, and establishing a security company focused on Belt and Road Initiative investments.

With the Belt and Road Initiative as a vehicle, the Treasury said, “the 14K Triad is utilizing Broken Tooth’s World Hongmen History and Culture Association as an effort to legitimize itself.”

The Treasury placed sanctions on Wan, the World Hongmen group, and Wan’s Hong Kong-based Dongmei Group which is building a casino-hubbed town in Myanmar called the Saixigang zone.

Wan, 65, spent 14 years behind bars in Macau related to a string of murders and bombings in Macau, before being released in 2012.

The sanctions seek to freeze assets of those named under US jurisdiction, and ban Americans and US-tied companies from doing business with them, with the aim of locking them out of the global financial system.