Pandemic May Finally Brings the End to India’s Newspapers 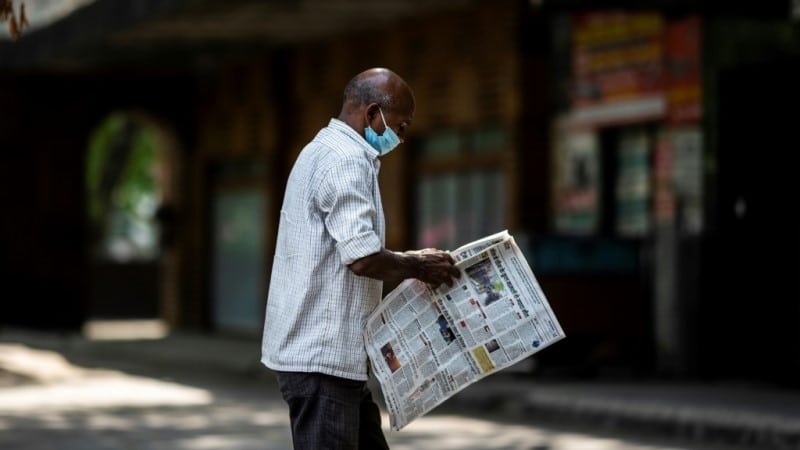 Newspaper sales have been devastated in India as a result of the virus lockdown, with dailies unable print, and delivery boys being attacked and — crucially — advertisers fleeing

Indian newspapers, which just a few months ago had defied the global trend by gaining circulation, are now buckling under the weight of coronavirus losses that have killed some off and critically wounded other big names.

Newspapers have remained a mainstay in the country of 1.3 billion people in recent years, when the rise of digital news has seen sales slump around the world.

But as a result of a lockdown that started on March 25 dailies were unable print, delivery boys were attacked by householders fearing they were also bringing the virus and — crucially — advertisers fled.

And according to some estimates, normal sales of more than 50 million newspapers a day across the country fell by two thirds.

Hundreds of journalists have been laid off or seen wages slashed and in Mumbai, one charity is organizing food parcels for unemployed reporters.

“India resisted the digital onslaught for a long time but now some city papers have gone and some of the national papers must be worrying about how will they get readers back,” one editor told AFP.

English newspapers in Pune and Goa closed this month and nationals such as the Hindustan Times and Times of India, which had a circulation of more than two million before the crisis, have laid off scores of staff, cut wages and closed offices.

The Hindustan Times said in an email to staff that it was losing about $500,000 a day.

The Mathrubhumi regional newspaper, based in the southern state of Kerala, has seen advertising fall from up to $6 million a month to $500,000, said joint managing director Shreyams Kumar. 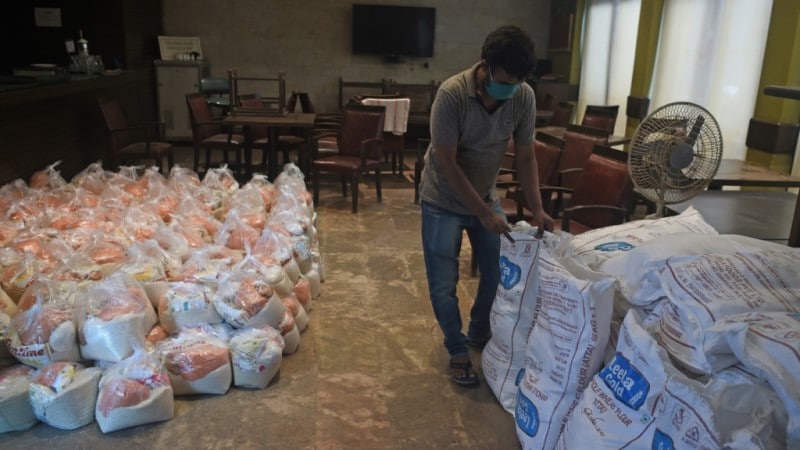 Food packets are prepared by the Mumbai Press Club to be distributed to journalists laid off during the current COVID-19 pandemic and economic crisis, in Mumbai

Indian newspapers had been hit by a faltering economy even before the pandemic, but N. Ram, a director of the group that publishes The Hindu daily and other regional papers, said events had become critical as advertising has “collapsed”.

The group expects to lose millions of dollars. “We don’t know when the advertising market will recover,” he told AFP.

According the World Association of Newspapers and News Publishers (WAN-IFRA), Indian newspapers and magazines used to attract about $3 billion dollars of advertising a year. 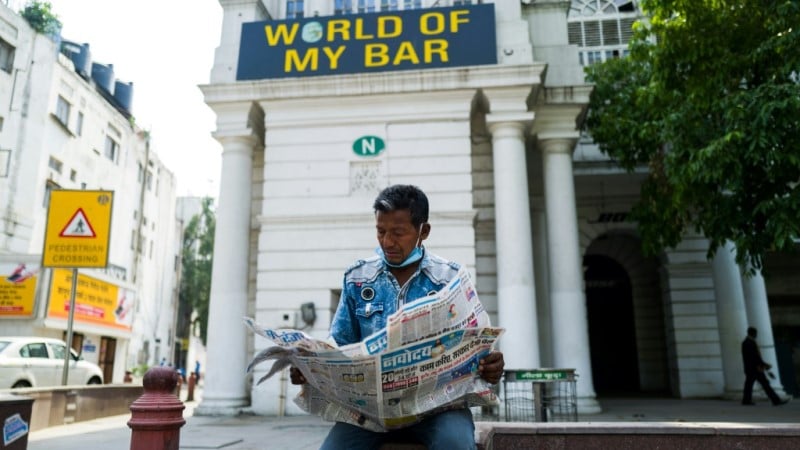 Indian newspapers, which just a few months ago had defied the global trend by gaining circulation, are now buckling under the weight of coronavirus losses

While Indian media groups are starting to invest heavily in online news, Ram said the advertising did not compensate for the sudden losses.

Indian journalists feel they have been badly treated by the panic measures, with wages cut and often paid late.

Many say they have been going out to cover tragic stories on the coronavirus without proper protective equipment. “I came back one day to be told there was a pay cut,” said one at the Indian Express.

“While the media has been facing the strain, the fact that it moved so fast to do these salary cuts at a time when there is extreme uncertainty and anxiety – it’s very unethical,” Geeta Seshu, co-founder of the Free Speech Collective said.

“They have been showing a lack of concern for their employees.”

The main media groups are concentrating more on the future of the business, say analysts.

Consultancy KPMG had predicted before the pandemic that advertising revenue for newspapers would remain stable for a few years.

“Now all that has changed,” said the newspaper editor, speaking on condition of anonymity as he had been told not to discuss company business.

“It was only the over-35s who read newspapers and even they have had to get their news from digital sources and television for more than two months.”

N. Chandramouli, chief executive of TRA Research, said that even before the pandemic, newspapers and television channels had laid off thousands of staff because of an economic slowdown.

“Now it is a pretty grim scenario for the media world” with advertisers scared to spend, and media companies “have their back against the wall for survival”.