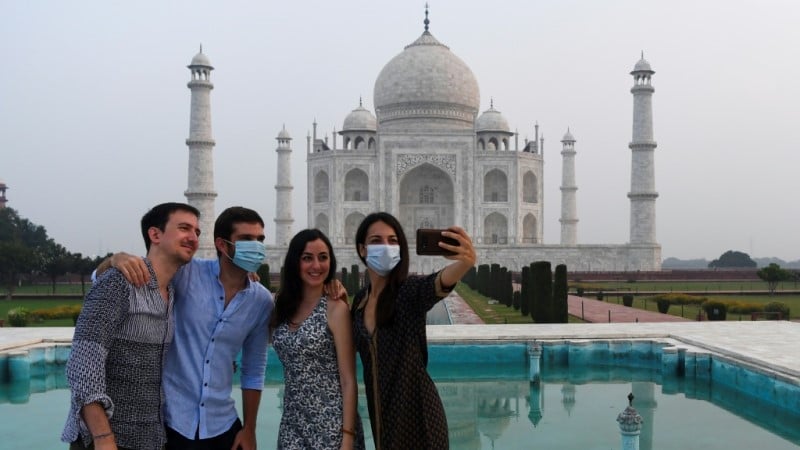 India’s famed Taj Mahal and some schools reopened on Monday as authorities pressed ahead with kickstarting the nation’s coronavirus-battered economy despite soaring infection numbers.

India, home to 1.3 billion people and some of the world’s most crowded cities, has recorded more than 5.4 million Covid-19 cases, second only to the United States which it could overtake soon.

But after a strict lockdown in March that devastated the livelihoods of tens of millions of people, Prime Minister Narendra Modi is reluctant to copy some other nations and tighten the screw on activity again.

Instead in recent months his government has eased more and more restrictions including on many train routes, domestic flights, markets, restaurants — and now, visiting the Taj Mahal. 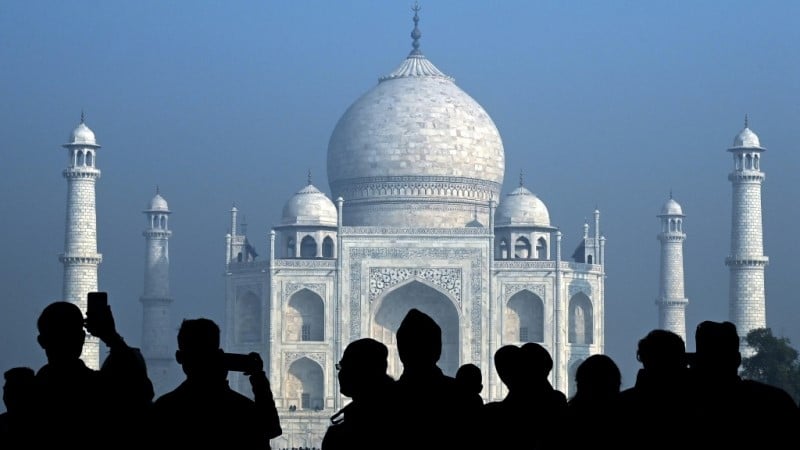 “So many people lost their job during the lockdown. People have suffered a lot and it is time the country opens up fully,” said bank official Ayub Sheikh, 35, visiting the Taj with his wife and baby daughter.

“We are not afraid of the virus. If it has to infect us, it will,” Sheikh told AFP. “Not many people are dying now. I don’t think it is going to go away soon. We have to get used to it now.”

The jaw-dropping white-marble mausoleum in Agra south of New Delhi is India’s most popular tourist site. It usually draws seven million visitors a year, but has been closed since March.

Officials said strict social distancing rules were in place and visitors were not allowed to touch the marble. The famous bench where visitors sit for a photo — most memorably Princess Diana in 1992 — has been specially laminated so that it can be regularly sanitized without damage.

Early on Monday a couple of hundred of visitors were inside. Security personnel were reminding everyone to wear masks once photos have been clicked. Daily visitor numbers have been capped at 5,000 — a quarter the normal rate.

“Coronavirus is there in every country,” Spanish visitor Ainhoa Parra told AFP. “We are taking all the safety measures that we can. We have to be careful but if we have to get infected we will.”

“So many livelihoods depend on the Taj. It’s great to be back in business,” said local official Satish Joshi. 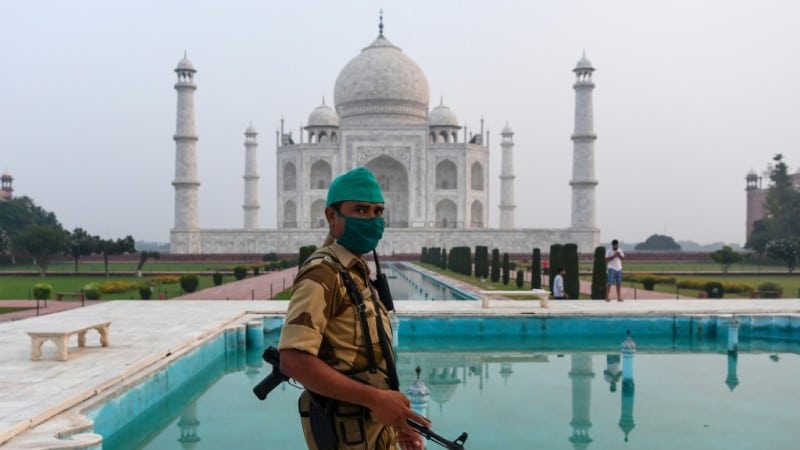 A security guard patrols at the Taj Mahal, which reopened on Monday for the first time since March

Elsewhere in India, particularly in rural areas where infections are soaring, anecdotal evidence suggests that government guidelines on avoiding the virus are more often ignored than adhered to.

“I think, not just in India but all over the world, fatigue with extreme measures that were taken to restrict the growth of the coronavirus is setting in,” said Gautam Menon, professor of physics and biology at Ashoka University, predicting that infections will keep rising as a result.

Many experts say that even though India is testing more than a million people per day, this is still not enough and the true number of cases may be much higher than officially reported.

The same goes for deaths, which currently stand at more than 86,000, with many fatalities not properly recorded even in normal times in one of the world’s worst-funded healthcare systems. 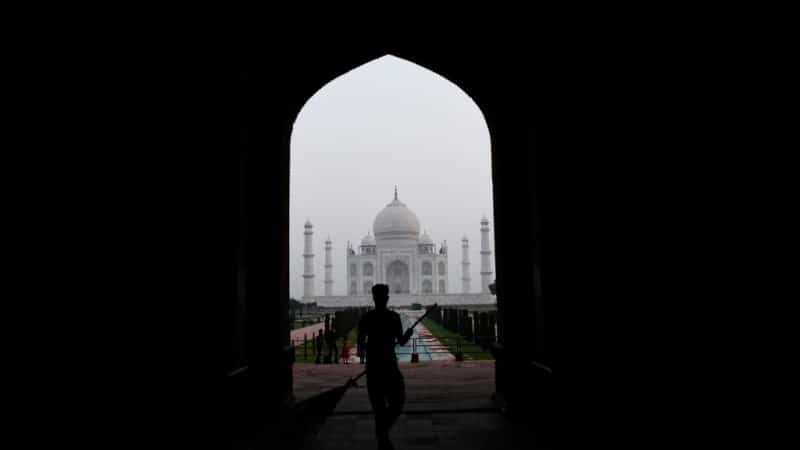 There is however some resistance to Modi’s unlocking of the world’s second-most populated country, which saw its economy contract by almost a quarter between April and June.

Schools were allowed to resume Monday on a voluntary basis for students aged 14 to 17, but most Indian states have said it is still too soon.

In those states where they can open, schools themselves refused to open and parents are wary of sending their children in.

In one rural school in the northeastern state of Assam for instance, out of 400 students only eight showed up on Monday morning.

“I am prepared for my son to lose an academic year by not going to school rather than risk sending him,” said Nupur Bhattacharya, the mother of a nine-year-old boy in the southern city of Bangalore.