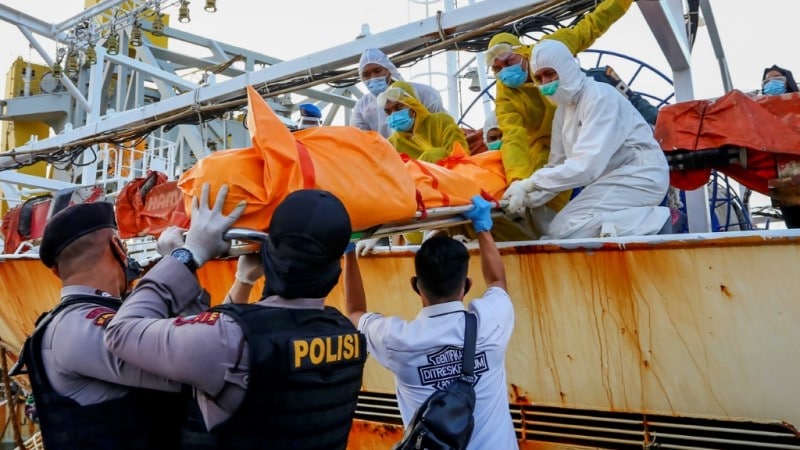 The frozen body of an Indonesian man has been found aboard a detained Chinese fishing vessel, authorities said Thursday, adding that they suspected foul play in the crew member‘s death.

Indonesian police said they intercepted two boats in the Malacca Strait this week after receiving a tip off that a crew member had died aboard one of the vessels.

The 20-year-old may have been tortured and his body had been kept inside a freezer of the Lu Huang Yuan Yu 117 since late June, said Riau province police spokesman Harry Golden Hart.

“The victim had physical injures, but we’re conducting an autopsy to determine the cause of death,” he told AFP.

Dozens of crew members hailing from China, Indonesia and the Philippines were being questioned in connection with the man’s death.

Indonesia and Southeast Asia are major sources of such labor and unscrupulous brokers target the poor and uneducated with promises of good wages at sea.

In June, two Indonesian crew members jumped off a Chinese boat to escape what they described as abuse and horrific conditions.

They were later rescued by an Indonesian fishing boat and police said Thursday they had arrested nine people over the abuse claims.

A month earlier, three dead Indonesian crew members were thrown off a Chinese-flagged vessel into the sea.

Jakarta later said it was told that the men had died of illness, while Beijing described the sea burials as being in line with international law.