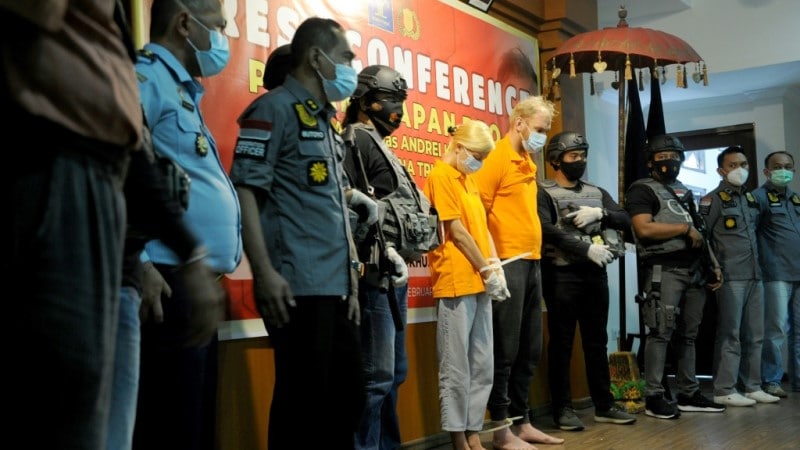 A Russian fugitive whose dramatic sprint out of an Indonesian immigration office was captured on CCTV has been caught again after two weeks on the run, authorities said Wednesday.

Andrey Kovalenko fled the office on Indonesia’s resort island of Bali to avoid deportation, with the surveillance footage showing him keeping pace on foot with a motorcycle as he escaped.

Authorities fanned out across the island in the hunt for Kovalenko, who was nabbed early Wednesday at a villa in tourist hub Kuta along with girlfriend Ekaterina Trubkina, who was wanted for allegedly assisting his escape.

His dash for freedom on February 11 came as officials readied to deport Kovalenko back to Russia on an Interpol warrant.

The 32-year-old had just finished a prison term following a 2019 arrest for selling hashish to tourists in Bali.

The Interpol warrant was linked to a drugs case back in Kovalenko’s home country, said Eko Budianto, head of the immigration division at Bali’s justice and legal agency.

Trubkina, 31, also Russian, could face up to nine months in prison if convicted of assisting Kovalenko’s escape, authorities said.

Indonesian authorities have previously caught international fugitives wanted by Interpol who sought to hide in Bali.

In July last year, Bali police arrested Marcus Beam, an American fugitive accused of scamming $500,000 from women he met online between 2015 and 2019.