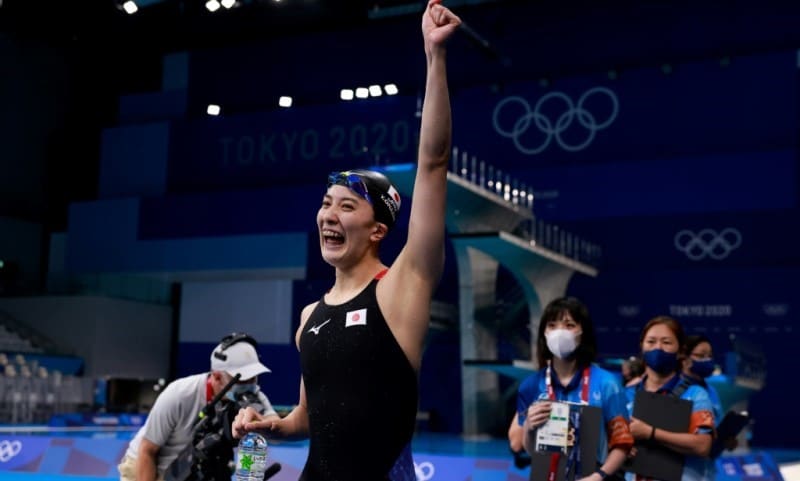 Veteran Hosszu won three golds and a silver at Rio in 2016, shattering the 400m medley world mark to cement her place as one of the world’s top swimmers.

But she qualified only seventh fastest for the final at the Tokyo Aquatic Center and, racing in lane one, was no match for an electric Ohashi who stunned the field to clinch the title.

The 25-year-old, who was only sixth fastest in the world this year coming into the event, turned in a sizzling breaststroke leg to take charge, touching in 4mins 32.08 secs.

“I swam believing in myself. I really did not think of winning the gold,” said a disbelieving Ohashi. “A lot of people supported me so that I could exert all my strength. I really appreciate it. I had an enjoyable race. It is still like a dream.”

Nicknamed the “Iron Lady”, Hosszu can still get herself on the Olympic podium again, having a grueling Tokyo schedule that also includes the 200m medley, 200m backstroke and 200m butterfly.

In the absence of defending champion Mack Horton, who failed to qualify, and China’s Sun Yang, the 2012 London champion who is serving a doping ban, the 18-year-old capitalized.

It was a major breakthrough for the young gun, who has little pedigree on the world stage.

“I just can’t believe that, it’s amazing. I felt better in the water this morning than yesterday and that’s it. I’m the Olympic champion now,” he said.

“I just put my head in the water and that’s it. I just can’t believe it. It’s a dream come true.”

It was Tunisia’s first ever Olympic medal in the event and just their third gold in swimming after Ous Mellouli made podiums in 2008 and 2012.

Gold medal glory for the Australian relay squad was never in doubt after they qualified for the final nearly two seconds clear of The Netherlands.

Since taking nearly a full second off a super-suited world record in 2014, they have been dominant, winning the two previous Olympic golds, the 2019 world championships while setting two more world records in 2016 and 2018.

And they added to their glorious haul Sunday.

Emma McKeon swum the fifth fastest relay split in history over leg three to pull them clear after Bronte Campbell and Meg Harris gave them a decent start.

Sprint veteran Cate Campbell then brought the team home in 3:29.69 secs to better their own mark set three years ago.

“It means the world. This is the last thing I really wanted to accomplish in my swimming career,” said Kalisz, who made the most of defending champion Kosuke Hagino opting not to swim the event on home soil.

“It was a dream of mine since as long as I can remember.”

Adam Peaty’s drive to become the first British swimmer to successfully defend an Olympic title was ramped up a notch when he hit the wall in 57.63 to lead the men into the 100m breaststroke final on Monday.