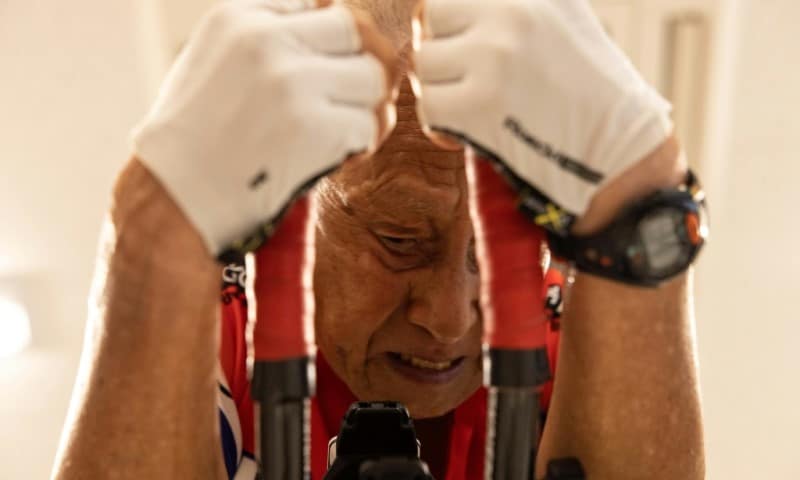 Hiromu Inada hopes to compete in the Ironman next year, aged 90

Japan’s Hiromu Inada is watching the Tokyo Olympics hoping to pick up some tips from the athletes before he competes in next year’s Ironman world championship, at the age of 90.

“There’s so much to learn. I apply it to my training and it works! It’s fun,” the octogenarian athlete told AFP after one of his near-daily training sessions.

The Games are being held under strict virus rules, with spectators banned from almost all events, but that has not turned Inada off.

“I’m still having a great time.” 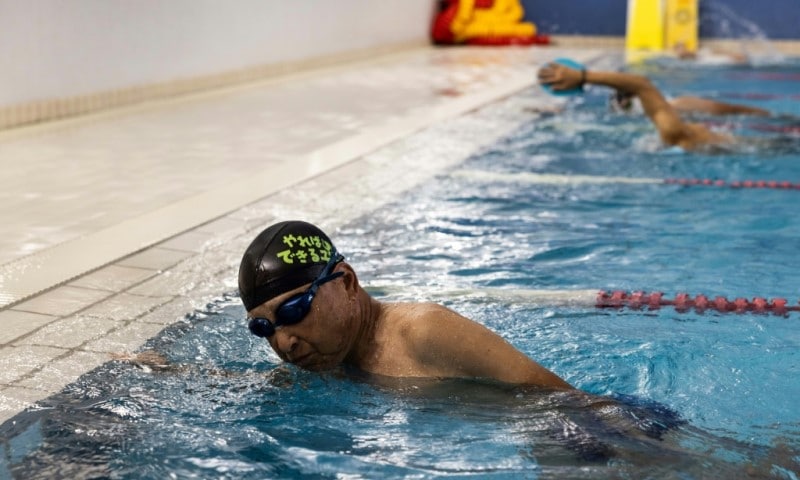 The Ironman is a grueling format including swimming, biking and running

Inada, who turns 89 in November, already holds the Guinness World Record for the oldest person to complete an Ironman competition — a grueling format involving swimming 3.86 kilometers, cycling 180.25 kilometers and running a 42.2-kilometre marathon.

A three-time winner of the competition in his age group, his commitment to sport is so deep that he records footage of athletes at the Games and watches it to analyze their leg movements and posture.

This Olympics is the second Inada has watched in Tokyo — back in 1964 when the city first hosted the Games he was a reporter at public broadcaster NHK.

But the atmosphere then was totally different, he said.

Those Games were in some ways a triumphant coming-out for Japan, which showcased technological marvels such as the shinkansen bullet train.

“There was no one who didn’t watch the Olympics,” he said, admitting he even skipped work to catch it.

People were glued to color TVs at offices, city halls and electronics shops because the sets were still rare for many households, he said.

“I think (the 1964 Olympics) became a turning point for the economic boom… and public sentiment got a boost afterwards.”

But this year, polls before the Games began on July 23 showed the majority of Japanese were against holding the event because of the Covid-19 pandemic.

Even Inada admits he was a bit uncertain about the Games going ahead before they started.

“But when I look at them being held, I get teary and feel happy.” 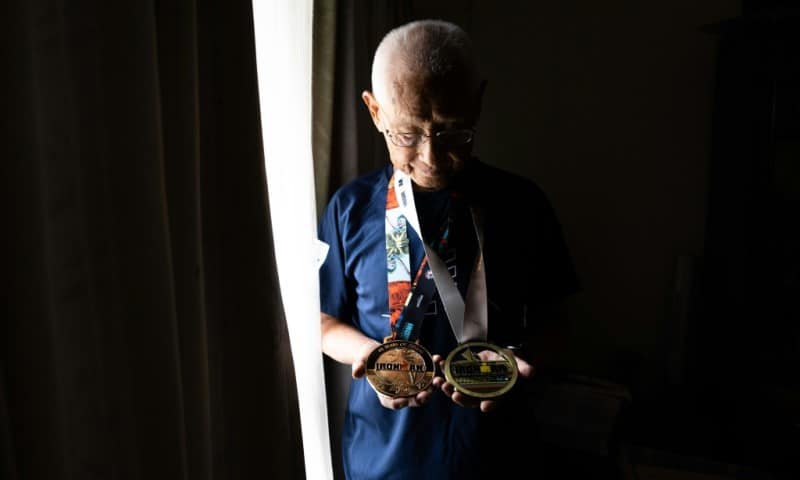 Inada says competing in triathlons is his obsession

Inada fits his Olympic viewing around a tough training schedule that starts with swimming at 6:00 am and involves cycling for hours afterwards.

While his life is now devoted to sport, he came to the triathlon late, only learning how to swim when he was 60, after retiring to take care of his sick wife.

“I thought I needed to exercise as I was always at home, caring for my wife,” he said.

He was already 70 when he first took part in a local triathlon competition, and first began trying out for Ironman, which involves longer distances, in his late 70s.

“Triathlon became my obsession,” he said, especially after the death of his wife.

It took several years of training with coaches, but in 2012 Inada won his age group in the Ironman world championship in Hawaii for the first time, aged 80, with a time of 15 hours, 38 minutes and 25 seconds. 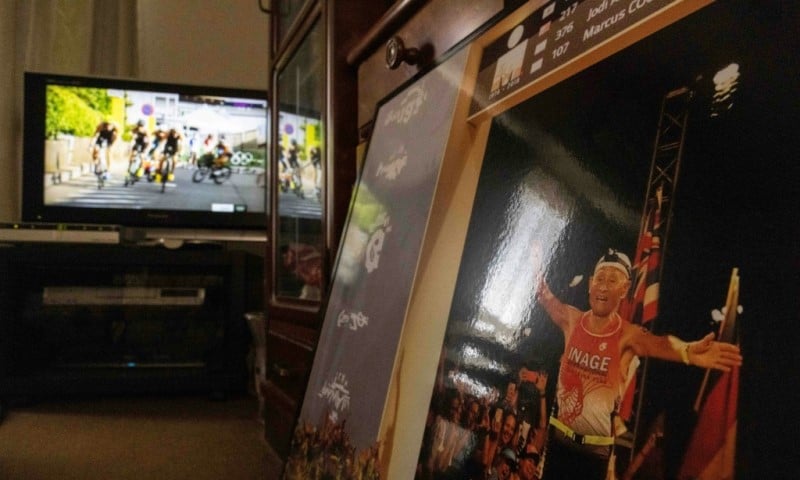 Hiromu Inada has been watching Olympic athletes, looking for tips for his own sporting performance

Three years later he tried again, but he stumbled twice before the finish line and came in five seconds too late to be considered a finisher.

After the disappointment, “messages cheering me poured in on my Facebook from foreign triathletes I didn’t know,” he said.

He decided he had to try again and finish “even if I fell or I had to crawl forward”.

He completed the race the following year and again in 2018, becoming the world’s oldest Ironman finisher, aged 85 years 328 days.

And he’s not done yet, planning to compete again next year at 90.

“People laugh when I say this but now I’m living my youth… I feel the joy of living,” he said.

Triathlons are my “purpose in life”.

For now though, he is enjoying a chance to see some of the world’s top athletes in his country.

He even managed to glimpse the Olympic road cycling while at his training camp near Mount Fuji — the first Games even he has seen in person.

“I saw athletes I admire up close for the first time,” he said.