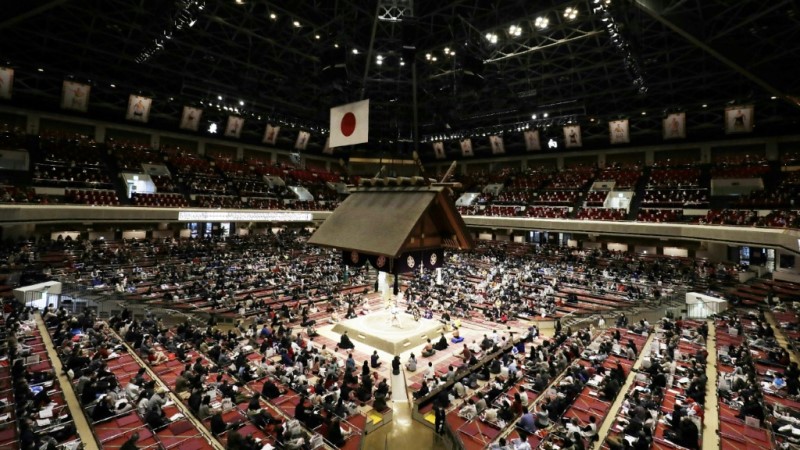 The 22-year-old known as Kotokantetsu said the Japan Sumo Association had insisted he fight in the New Year Grand Sumo Tournament, which began on Sunday and lasts 15 days.

It has gone ahead in front of a reduced crowd despite at least six wrestlers — including record-breaking champion Hakuho — testing positive for the coronavirus last week.

“I had no choice but to compete or quit,” Kotokantetsu said in a tweet announcing his resignation on Saturday.

“The association said you can’t stay away from the tournament just because you fear the coronavirus,” added the wrestler, who competes in the second-lowest division.

He later said on YouTube he had previously undergone heart surgery and feared that infection would be a mortal danger.

The Japan Sumo Association declined to comment but its spokesman Shibatayama reportedly defended the decision.

“The association has taken safety measures. It does not stand to reason that you want to drop a tournament because you are afraid of the coronavirus,” he said, according to public broadcaster NHK.

A 28-year-old sumo wrestler died in Japan in May after contracting Covid-19 and suffering multiple organ failures.

Japan is currently battling a record surge in coronavirus infections and the government declared a month-long state of emergency in and around Tokyo last week to try and slow the spread of the disease.

In line with government guidelines, around 5,000 fans are being admitted to the New Year Grand Sumo tournament — about half the capacity of Tokyo’s Ryogoku Kokugikan arena.

Prime Minister Yoshihide Suga has insisted Japan is still committed to holding the virus-postponed Tokyo Olympics this summer, saying the Games would be “proof that mankind overcame the virus”.