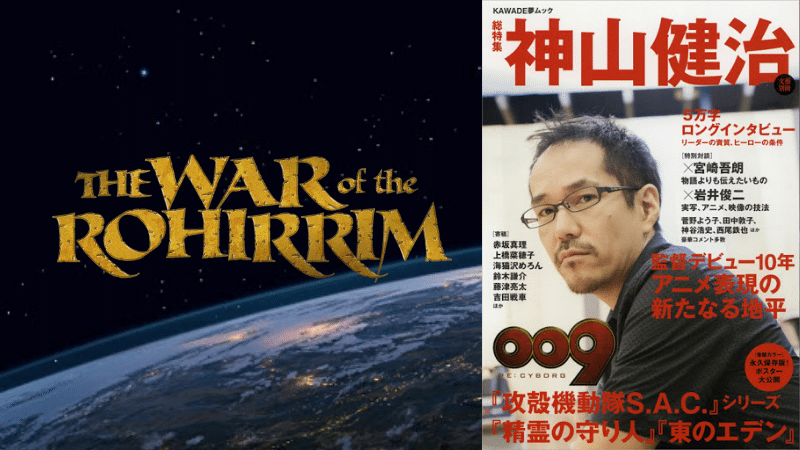 New Line Cinema and Warner Bros. Animation have announced that Kenji Kamiyama will be directing the film The Lord of the Rings: The War of Rohirrim. The film will be set in the fictional world of Middle Earth.

Anime fans are over the moon thanks to the news that Kenji Kamiyama will be directing a new standalone prequel of Lord of the Rings.

Kamiyama also directed Black Lotus, Blade Runner, and Ghost in the Shell. The script will be written by Jeffrey Addiss and Will Matthews who worked on The Dark Crystal: Age of Resistance.

To the surprise of many, the film will be produced by WB’s Television arm, Warner Bros. Animation or WBA, and not Warner Animation Group, the company behind Space Jam: A New Legacy, and Scoob. WBA is notably well-versed in action animation, having been in charge of Teen Titans Go! To the Movies, as well as DC’s superhero universe.

The upcoming film will be created as a companion piece for the famous film trilogies, with various artistic and story elements woven throughout so fans can feel the connection between the two eras in Middle Earth.

How Will the Film Be Connected to The Lord of the Rings Film Trilogy?

The film is set 250 years before The Lord of the Rings trilogy and will center on Helm Hammerhand, the King of Rohan who was locked in a war throughout his reign.

The Lord of the Rings film trilogies did not put Helm in the spotlight. The king took his throne at 50 when Gram, his father, died after struggling against the Dunlendings, the men who were driven into Isengard by Rohan.

The new film is currently being fast-tracked, with animation work and voice casting underway. It will be distributed by Warner Bros. Pictures.

More details about the film are expected to be announced soon.