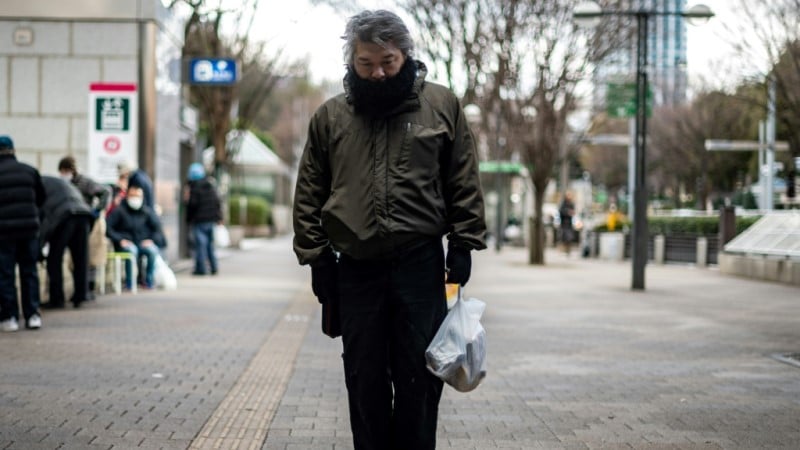 Yuichiro, 46, says there is no work for him in Japan’s capital

Yuichiro welled up as he collected a food parcel at a Tokyo outreach event offering help to the growing number of Japanese pushed into poverty by the coronavirus pandemic.

“There is no work. Absolutely none,” said the 46-year-old, until recently a construction worker, while clutching a small plastic bag of essentials on a cold winter street in the capital.

“This doesn’t get reported much in the media, but many people are sleeping at train stations and in cardboard boxes. Some are dying of hunger.”

The world’s third-largest economy has seen a relatively small coronavirus outbreak so far, with around 4,500 deaths and largely without the drastic lockdowns seen in other countries. 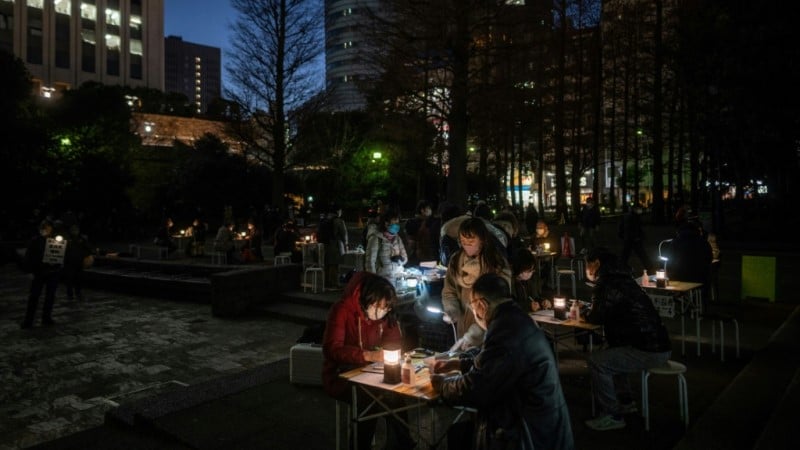 With an unemployment rate below three percent and a reputation for a strong social safety net, Japan also appears well placed to weather the pandemic’s economic fallout.

But campaigners say the most vulnerable have still been hit hard, with statistics masking the high rate of underemployment and poorly paid temporary work.

“The pandemic, rising joblessness and falling wages have directly hit the working poor, people who were barely getting by before,” said Ren Ohnishi, who heads the Moyai Support Centre for Independent Living, an anti-poverty group. 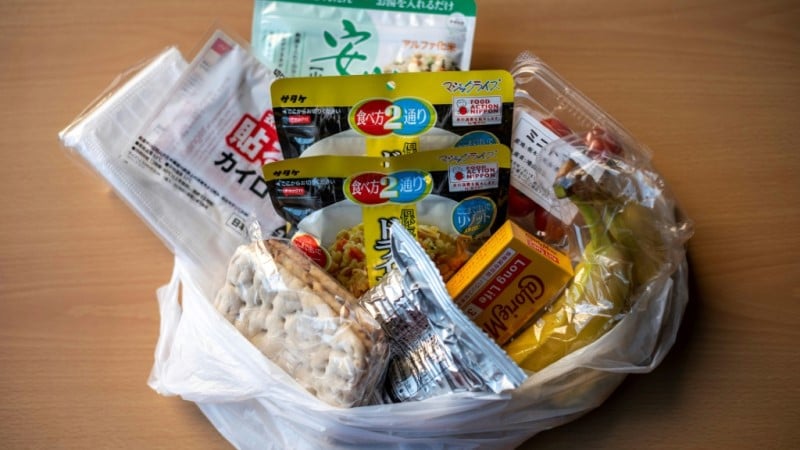 Around 40 percent of workers are in vulnerable “non-regular” jobs with lower wages and contracts that can be terminated easily.

Yuichiro, who did not give his last name to AFP, said he was sent from one government office to another before being told assistance was only for those with children.

“But there are lots of adults who aren’t able to eat,” he said. 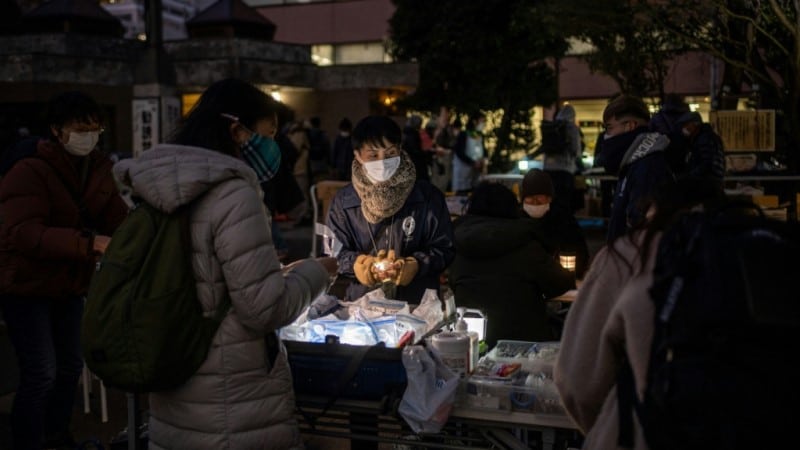 More than 10 million people in Japan live on less than $19,000 a year, while one in six lives in “relative poverty” on incomes less than half the national median.

Economists say that half a million Japanese lost their jobs in the past six months, and campaigners say the ripple effects are spreading across the population.

“I know for certain the middle class is collapsing,” said Kenji Seino, who heads the non-profit relief group Tenohasi.

Around 250 people were lined up in Tokyo’s bustling Ikebukuro district to receive food, clothes, sleeping bags and medical help from Tenohasi’s volunteer team, who also give free advice on job-hunting and government services. 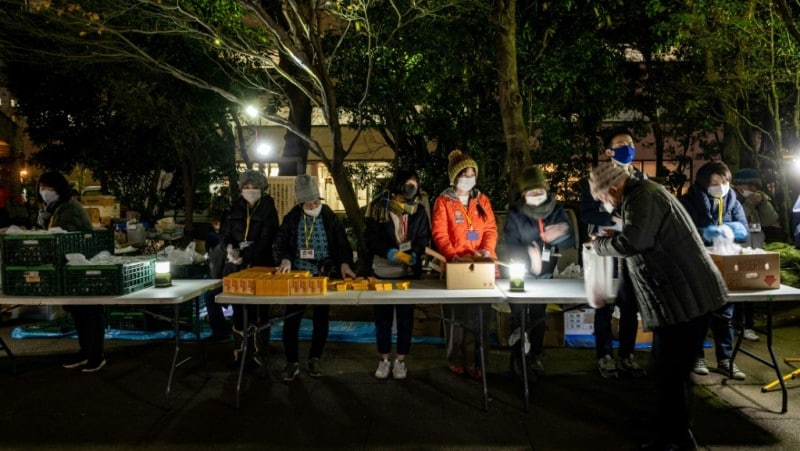 “People who were already struggling were confronted with the coronavirus. They were on a tightrope and the rope just snapped,” he added.

Experts warn the economic pain may be contributing to a rise in the suicide rate seen towards the end of last year.

A one percent point rise in Japan’s unemployment rate translates into roughly 3,000 additional suicides a year, according to Taro Saito of the NLI Research Institute.

Women in particular are facing economic hardship because many work on temporary contracts in retail, restaurants and hotels — all industries hit hard by the pandemic. 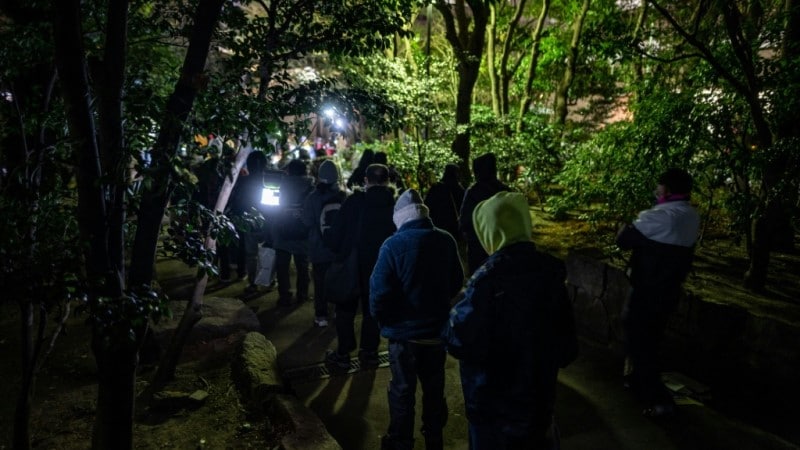 Experts say women often hesitate to seek help or to join men in queues for food, but even so, they are now seeing more women and mothers with small children at outreach events.

Seino said less than 20 percent of the people he helps are women, but he believes “many more” have not come forward.

“Some women feel that their children won’t be able to walk with their heads high if they are on welfare,” he added. 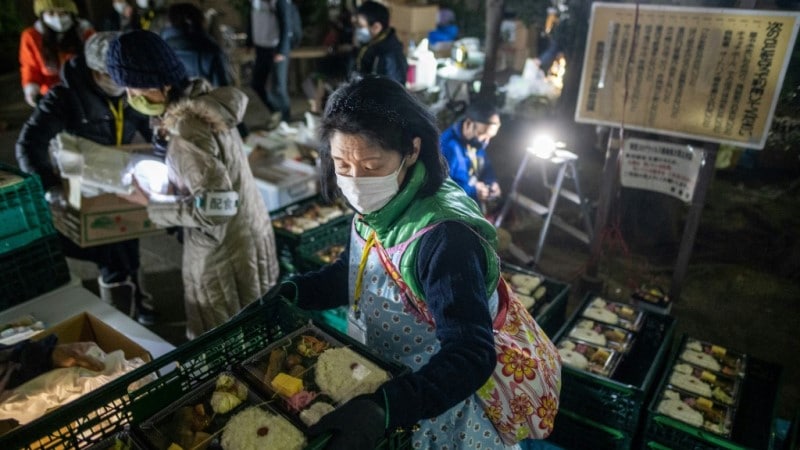 While statistics show rising applications for public assistance, Ohnishi of the Moyai Support Center said the shame and stigma of being a welfare recipient made many reluctant to seek help.

“The system itself has rules that assistance from family members must be the priority. So families receive notices saying things like ‘your son is applying for welfare’,” he said.

“It’s a very Japanese system. Everyone has the legal rights to use it. But society does not necessarily tolerate that.”

Campaigners admit the scale of poverty in Japan is dwarfed by that in many nations — even among other developed countries. 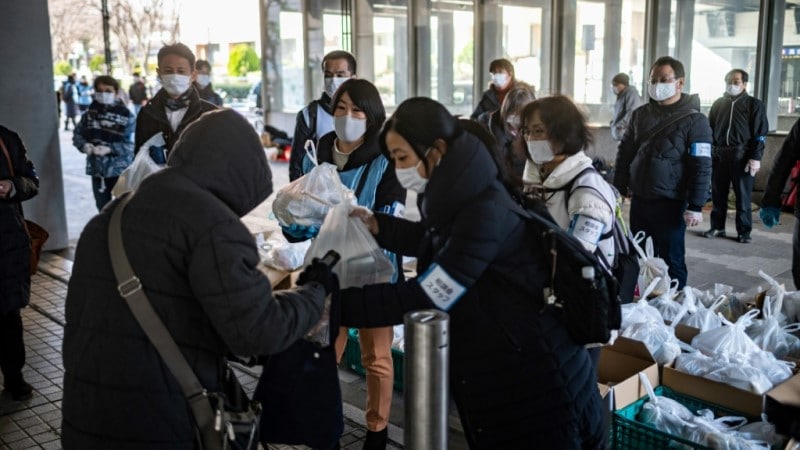 But that means little for individual Japanese struggling for food and shelter.

One man receiving help in Ikebukuro said his monthly income from construction had fallen to less than $200 and he only had enough cash left for one more rental payment.

“I don’t want to go onto the streets. It’s too cold,” he said, declining to give his name.

“I don’t know exactly what I will do now.”