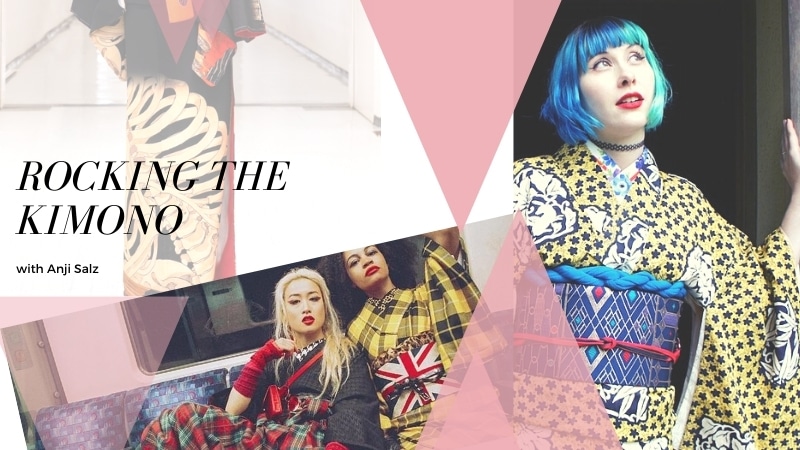 Millions of things can be said about designers banking on culturally-significant attires from other countries, but Anji Salz remains unfazed. The German designer continues to defy expectations as she follows her dreams in Japan.

When you hear about aircraft mechanics, the last thing on your mind may not be a picture of a woman wearing a dainty and intricate kimono. However, that’s just how Anji Salz rolls.

This sharp-eye creative caught eyes on Social Media when she took up kimono styling and design five years ago. The Tokyo-based artist is genius at putting new spin and fresh takes to present this traditional garment, striking the complex balance with edgy esthetics while preserving the exquisite nature of Japanese heritage. A daunting feat even for seasoned designers.

Salz’s love affair with Japan began with an unusual trigger – metal and rock music. When she turned 18, a friend introduced her to Visual Kei, a Japanese rock music genre that embodies elaborate make-up and punk costumes. She was immediately hooked, and her interest in the Japanese language quickly grew. She dived into the culture of Japan and found it absolutely amazing, and eventually inspired her to visit the country.

While her work as a mechanic was satisfying, she couldn’t imagine doing the same routine until she got old. The idea of immigrating to Japan excited her so much that she sold almost all her belongings and moved to Tokyo with one suitcase in hand.

According to Anji, she fell head over heels in love with Japanese fashion, especially the Harajuku scene. Throughout her stay in Japan, her passion and interest for all things Japan increased, and so did her devotion to the Japanese kimono culture.

“When I first holidayed here, I admired the feminine silhouette of kimono, as well as its traditional aspects and history. I received a yukata from a Japanese friend and started wearing it when I returned home. It had me wanting more.” she shared in an interview with Savvy Tokyo.

The designer and stylist also shared that she loved the way her behavior and movement changed when she was wearing the kimono, and that made it magical. After all, kimonos are traditional garments that hold years of history that have been passed down from one generation to another.

The rules and culture of wearing Kimonos run deep. In a way, it’s like diving into a completely different world. Salz admits that until now, she still continues to learn new things every day and she appreciates people who tirelessly teach her about it.

Salz’s goal is to spread word and interest in kimonos in Japan and overseas. Her ultimate wish is to inspire modern ideas while embracing the traditional aspects of this garment. Anji believes that the kimono can both be modern and traditional because there is such a wide spectrum of tastes and designs that can be explored. For instance, some people like toned-down kimonos, while others prefer the bold colorful.

The designer is now focused on her business, Salz Tokyo, where she offers kimono design and styling. She also does collaborations with kimono makers and young artists. Last year, she started incorporating custom embroidery for funkier Kimono looks. She also holds kimono-related tours. 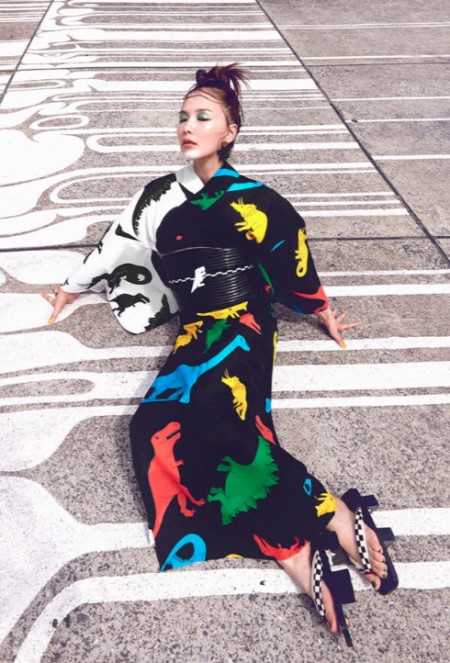 The Future of Kimonos

Kimonos have continued to evolve throughout the years and Anji is certain that it will still be a special garment in Japanese culture in the next century. Currently, more people in Harajuku are wearing kimonos and incorporating it with western fashion, and that’s an amazing sign of its adaptability.