Tokyo Paralympics by the Numbers 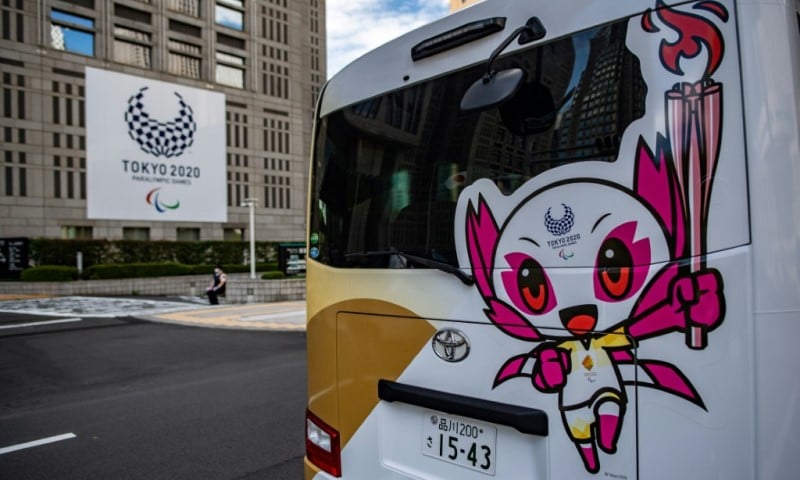 Like the Olympics, the Paralympics will mostly be held in empty stadiums

From TV viewers to venues, here are some key figures related to the Tokyo Paralympics, which kick off on Tuesday after a year’s pandemic delay:

Around 4,400 competitors from nearly 160 countries and territories will be in Japan for the Paralympics, with 12,000 staff, officials and journalists also taking part in the 13-day event.

Like their Olympic counterparts, Paralympians will be tested daily for Covid-19 and are barred from venturing beyond their accommodation or Games venues.

Tokyo is the only city ever to host the Paralympic Games twice. At the 1964 Tokyo Paralympics, 378 athletes competed in nine sports at six venues.

From archery to wheelchair tennis, medals are up for grabs in 22 sports, with two new this year — taekwondo and badminton.

For each of the 539 events, a complex classification system groups Paralympians depending on how their disability impacts their performance.

While most of the sports have an Olympic equivalent, two do not: goalball, a team sport for athletes with visual impairments, and boccia, which is similar to boules.

Event categories are organized around 10 types of physical, vision and intellectual impairment recognized by the International Paralympic Committee (IPC).

Eight of these are physical, such as impaired muscle power or involuntary movements caused by conditions like cerebral palsy or a spinal cord injury.

Also on the list are muscle tension, short stature and the partial or total absence of a limb from birth, or as a consequence of trauma or illness.

Paralympic venues range from the Olympic Stadium to the historic Nippon Budokan and state-of-the-art new arenas like the Tokyo Aquatics Centre.

Most are in the capital and neighboring regions, while cycling events will take place at two venues near Mount Fuji in Shizuoka, southwest of Tokyo.

Some Olympic venues will be used for different sports at the Paralympics, like the Ariake Gymnastics Centre, which will host boccia.

As of Saturday, organizers had reported 101 Covid-19 cases linked to the Paralympics, including two athletes.

Another six cases have been reported by local regions hosting teams for training camps.

Japan is battling a record wave of infections, and most of the cases reported by Tokyo 2020 are among people who live in the country. But organisers say their virus countermeasures will stop infections spreading from Paralympic participants to the Japanese public.

An estimated 88 percent of those in the Paralympic Village are vaccinated, according to organisers.

Like the Olympics, the Paralympics will mostly be held in empty stadiums, with spectators banned over virus fears.

But organizers hope to reach a massive TV audience worldwide.

“We believe we will reach more than four billion people through broadcasting,” IPC chief Andrew Parsons told AFP in a recent interview.

A record 4.1 billion cumulative viewers tuned in to the 2016 Paralympic Games in Rio, up from the 3.8 billion who watched London 2012, the IPC says.

This year, free-to-air coverage will be provided to 49 territories in sub-Saharan Africa, to grow the Games’ global audience and tackle disability stigma.

Around 5,000 gold, silver and bronze Paralympic medals have been produced for the Games, featuring the words “Tokyo 2020” written in Braille.

Like the Olympic medals, they are made from recycled metals extracted from consumer electronic items donated by people in Japan.

China has topped the gold medal table at every Paralympic Games since Athens 2004.