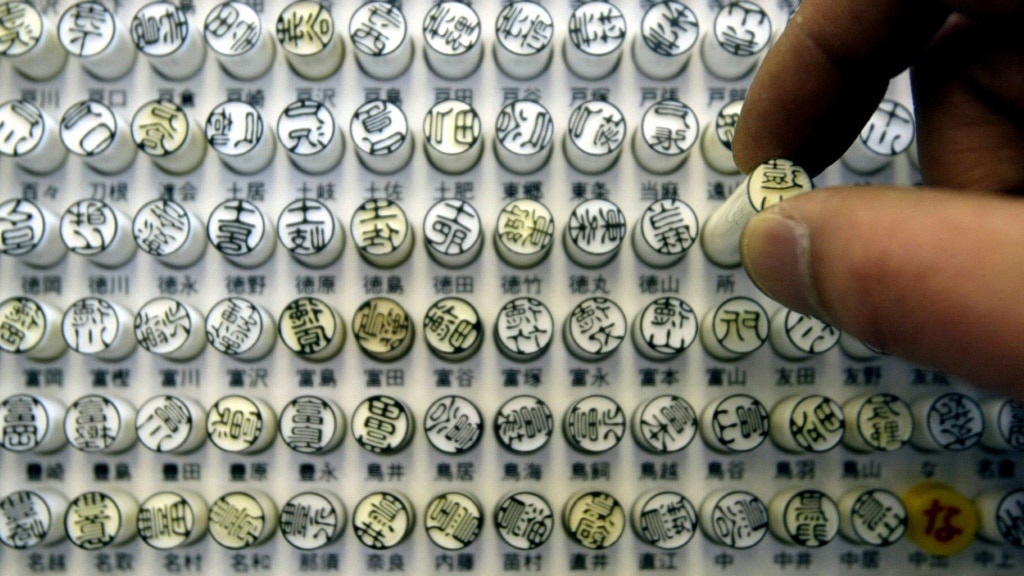 AFP The personal seal known as inkan or hanko remains popular in Japan, and is proving an obstacle to telework for some

Some Japanese office workers are facing a small, but insurmountable hurdle to staying home under the state of emergency declared in parts of the country over the virus: personal signature stamps.

A reliance on paper filing systems in parts of Japan’s business world is forcing employees to go into work to put their unique seal on documents.

To do this they use tiny traditional stamps known as hanko or inkan — tools that date back centuries, but are still popular nationwide.

Usually cylindrical with a surface no larger than a fingernail, the tiny stamps are used with red ink to sign contracts, approve proposals and verify who has viewed what.

“I need to physically be in the office because I need to submit paper documents and stamp them,” Mizuho, who works at an IT firm in Tokyo, told AFP.

Even though her company is tech-savvy in other ways, hanko are still the norm there, said Mizuho, who asked to be identified by her first name only.

“We use Microsoft software as a communication tool… but I cannot work from home as long as the paper and hanko culture exists,” she said.

She worries that her firm isn’t taking the pandemic seriously — despite an employee in their building contracting the virus.

“I feel unspoken pressure to be in the office,” she added. 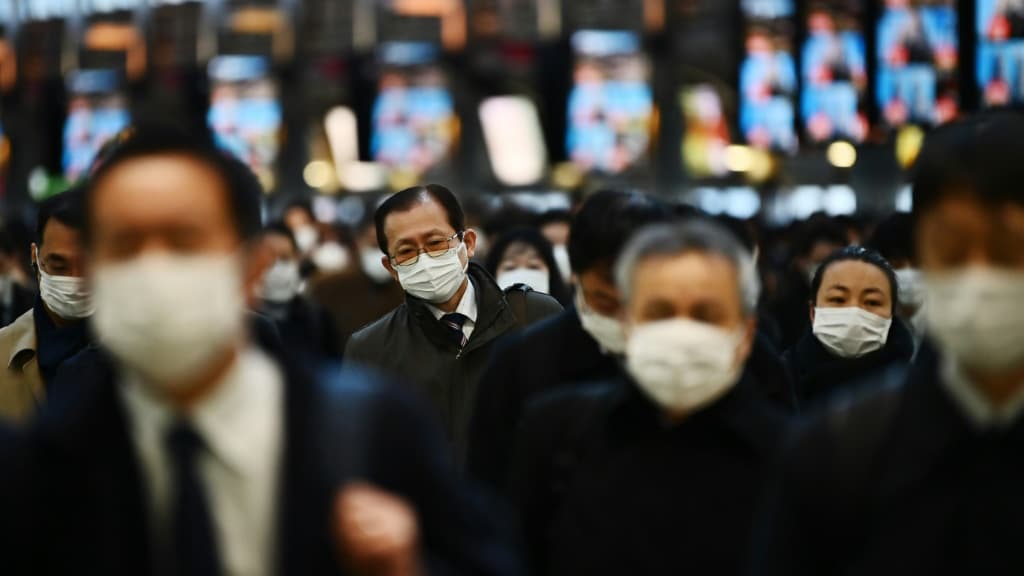 The number of commuters in Tokyo’s notoriously overcrowded transport system has dropped significantly, but some office workers can’t work remotely

Most Japanese adults have a personal seal, carved with their name in Chinese characters, and used in place of a signature to authenticate documents in every aspect of life — from opening a bank account, or acknowledging receipt of registered mail.

Some major companies, including big banks, have begun phasing out their use.

But they remain popular, along with other practices seen as outdated in other major economies, including the use of fax machines and a focus on paper rather than digital documents.

A recent survey by the Japan Association for Chief Financial Officers (JACFO) showed 40 percent of companies that introduced telework said workers ended up going to the office, primarily because they had to handle paper documents and stamp things with hanko.

“There is a conservative culture where companies don’t want to change how they work,” said Hiroshi Yaguchi of JACFO.

Although the number of companies that digitize documents is increasing, more of them should follow suit and introduce web conferences to allow telework, he said.

Japanese authorities this week declared a state of emergency in seven regions, including the capital, with Prime Minister Shinzo Abe saying people should reduce their social contact by 70-80 percent to curb the spread of the virus.

The measure falls short of a lockdown, but comes as medical experts warn of explosive growth in infections in the country, which has recorded over 6,000 cases and 94 deaths. 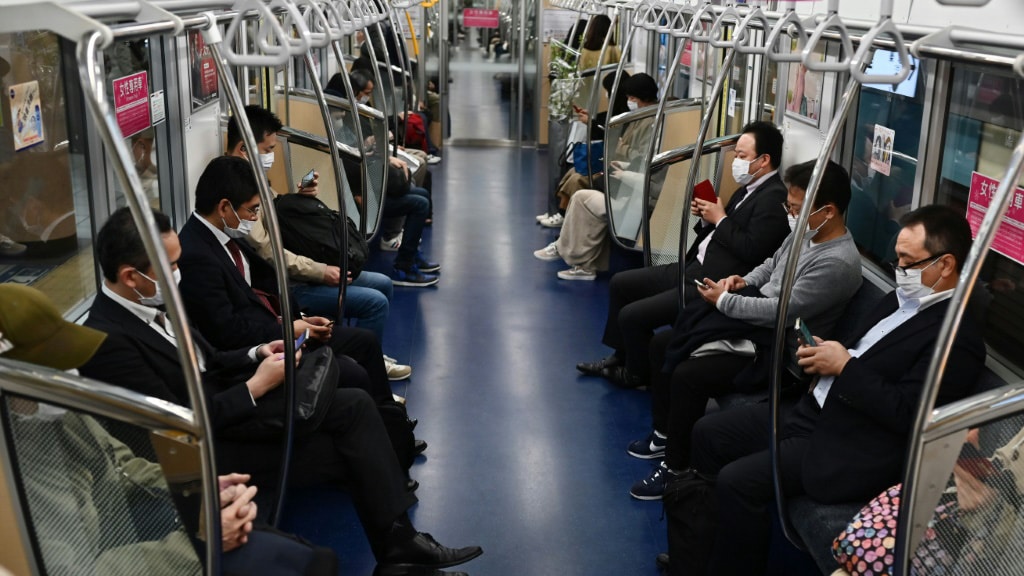 Japan has declared a state of emergency in seven regions where the virus is spreading rapidly, asking people to stay at home

The number of commuters on Tokyo’s notoriously crowded transport system has dropped significantly, but people like Yumi, an employee at a Tokyo insurance company, said telework simply isn’t possible for her and her colleagues.

“At my company, everyone comes in… our customers fill in paper applications for insurance so it’s difficult for us to do business at home,” she said, declining to give her family name.

She tries to be careful taking the train, looking for carriages that seem emptier than others.

Some workers have it better, like 30-year-old Yuki, a travel agent at a Tokyo firm that uses mostly online documents, as well as digital hanko.

“I just click once and we get digital seal on a document. It’s easy,” she said.

But even she says she goes to the office several days a week because some data can’t be accessed remotely.

“Going to the office by a train worries me most. I’m also worried about being infected in the office,” she said.

Yuki worries that people continuing to work in offices will spread infection.

“That’s why maybe Japan should have imposed a ban on going out as seen overseas,” she said.

“Japanese are hard workers, so unless we’re forced to not go to work, it’s going to be difficult to avoid 80 percent of contact.”