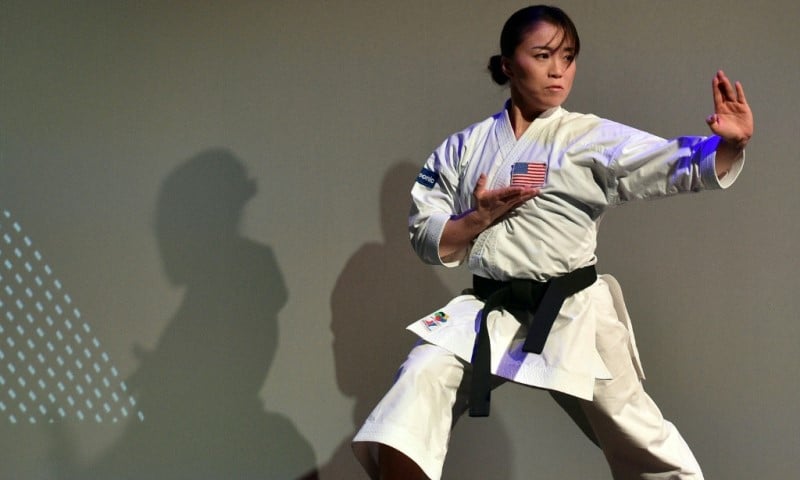 Asian-American athletes hoping to represent the United States at this year’s Olympics shared personal stories of racist abuse on Wednesday, vowing to use their platforms to raise awareness in the fight against discrimination.

The United States has seen a surge in anti-Asian violence in the past year, which activists have attributed to the rhetoric of former President Donald Trump, who repeatedly characterised Covid-19 as the “China virus”.

Moldauer, who was adopted by a family in Colorado as a one-year-old, said he had dealt with racist jokes and stereotypes throughout his life, usually opting to “just push it away.”

The 24-year-old said he his recent experience of racism occurred while out driving his car. “Last month I was driving and a lady cut me off,” he said. “And at the lights she pulled up and yelled at me ‘Go back to China’.

“When I heard those words I laughed and shrugged at it,” Moldauer added. “Because at the end of the day my job is to represent this country no matter what.

“If an individual feels like they need to harass me or say something, I’m just going to push it away. Because there are so many other great Americans that I get to represent.”

The 28-year-old Kokumai, who will be competing in an Olympics for the first time as karate makes its Olympic debut, meanwhile choked up as she described being racially abused last week.

“I was training at the park and a man started to verbally harass me,” Kokumai said. “I was kind of shocked by it. I was still processing it at the time and laughed it off as there was no point escalating the situation.

“There were racial slurs at the end of the incident. I’m still a little bit emotional about it.”

Moldauer meanwhile said he planned to use his profile to draw attention to anti-Asian violence in the United States.

“With the platform I have I’m definitely going to use it,” he said. “It’s who I am and who I want to be. I’m not trying to get anyone to say sorry or pity me, I’m just trying to raise awareness.”

“We are being targeted and the violence and the harassment is real.

“I want to raise awareness that this can happen to anybody. We need to be there for each other and protect each other.”

Kokumai said her experience did not compare to violent assaults against Asians which have recently made national headlines in the US.