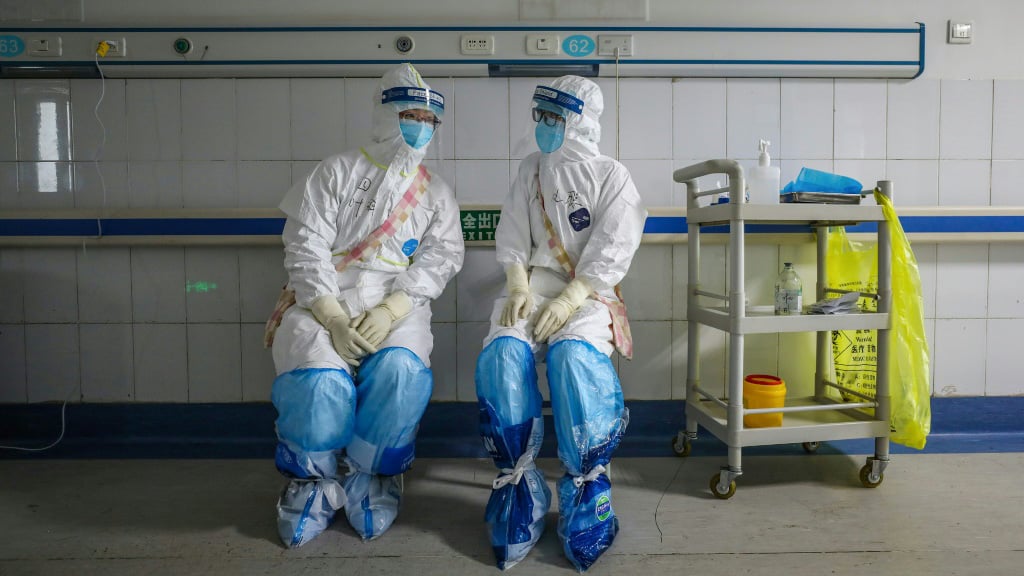 After decades of war and animosity, donations and Japanese ballet dancers shouting their support are among the gestures that have endeared Japan to Chinese people and state media.

News that the Japanese government sent a plane bearing thousands of pieces of protective garments for the hard-hit central city of Wuhan received more than 170 million views on the Twitter-like Weibo platform.

The flight, the fifth of its kind chartered by Tokyo, was met with gratitude on the Japanese embassy’s Weibo account, but also concern for Japan’s own battle against the outbreak.

“You’re the best! You’re the best friend and neighbor of the Chinese people!” wrote one user. “But I hope you can also defeat the epidemic soon.”

“Keep some for yourself please,” wrote another.

Japan, which is set to host the Summer Olympics this year, has confirmed at least 79 cases domestically and one death, and more than 600 other infections on a cruise ship.

In late January, photos of boxes of donated masks from Japan bearing a line of classical poetry went viral on Chinese social media.

“Foreign lands separated by mountains and rivers, we share the wind and moon under the same sky,” the boxes say, quoting a Tang-dynasty text.

China’s foreign ministry said it was “extremely touched” by the poetic gift.

HSK Japan office's donation to Hubei universities. On the label it's written "山川異域 風月同天”
Hard to translate but roughly
"Mountain and river in different lands
Wind and moon under the same sky".
It's a story from the Tang Dynasty. pic.twitter.com/mYbJot6Xz2

The virus has killed more than 2,100 people and infected more than 74,500 in China since it first emerged late last year.

The current goodwill between the East Asian neighbors is a far cry from the diplomatic spats that have characterized their relationship in recent decades, from maritime disputes to lingering anger over victims of Japanese wartime sexual slavery.

Japan invaded China in the 1930s and the two countries fought a full-scale war from 1937 until Japan’s defeat in World War II in 1945.

But now, “in such hard times and particularly because of the attacks and criticisms (from other countries), the Chinese government and people are just grateful for such show of support,” said Victor Teo, an assistant professor of Japanese studies at the University of Hong Kong.

At the same time, “it is definitely in Japan’s national interest that the health threat remains contained, too,” Teo told AFP.

“Japan is extremely vulnerable because of her intense people-to-people and economic exchanges with China.”

While the United States and several other countries have banned travelers from China, Japan has only prevented arrivals of people from two of the Chinese provinces hardest hit by the epidemic.

Donations and shows of support from Japanese businesses are “natural” not just for humanitarian reasons, “but also for economic reasons,” Satoshi Amako, China expert at Waseda University, said.

“It’s become clear that if the Chinese economy is hurt, the Japanese economy receives an impact from it and vice versa.” 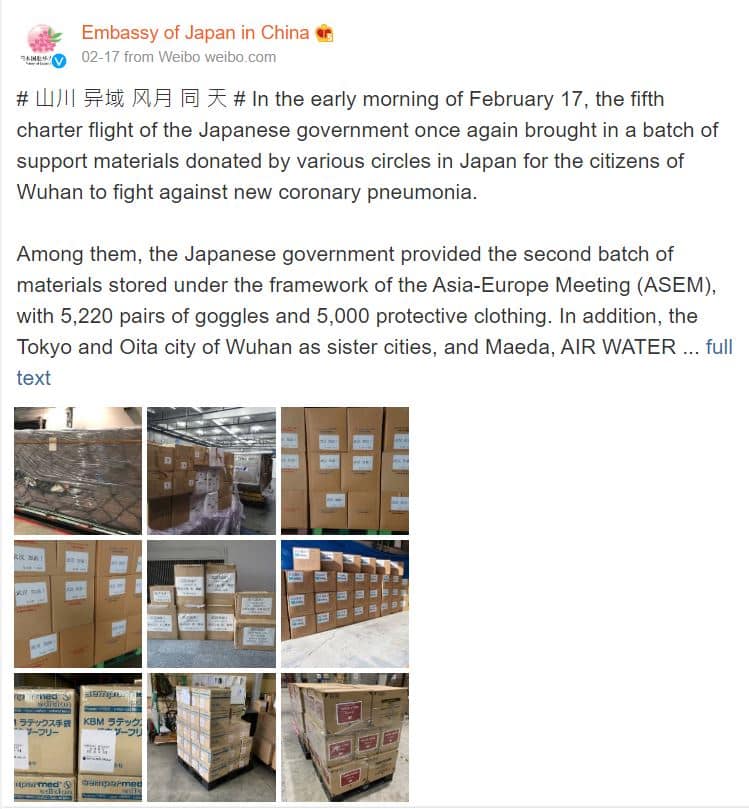 Relations between Asia’s two biggest economies have warmed in recent years after suffering in 2012 when Tokyo “nationalized” disputed islands claimed by Beijing.

Shinzo Abe made the first visit to China by a Japanese prime minister since 2011 last year. President Xi Jinping was expected to visit Japan this year.

“Deeper incentives” are driving an improvement in Sino-Japanese relations, Richard McGregor, a senior fellow at the Lowy Institute, told AFP.

US President Donald Trump’s disregard for allies could give Beijing “a chance to begin to crack the US-Japan alliance,” reducing US dominance in the region, McGregor said.

But not everyone in China is impressed with Japan’s displays of goodwill.

However, some viewers blasted the video as melodramatic and inappropriate, pointing out the anthem’s historic roots in anti-Japanese resistance during the 1930s.

“This is a little too much, don’t they know who it was who wanted to enslave us during that era?”