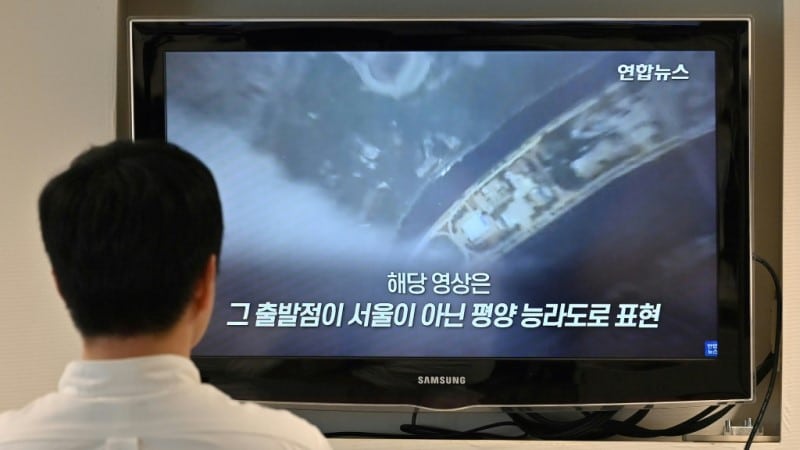 The Seoul summit’s video showed a map of Pyongyang

A climate change summit hosted by South Korea has drawn ridicule for kicking off with a promotional video suggesting it was taking place in the North Korean capital, Pyongyang.

First, though, came the lavishly produced video. At one point it centered on the Taedong river in North Korea’s capital, pulling back to reveal the giant May Day Stadium — the world’s largest with a 150,000-seat official capacity — zooming out rapidly to take in the rest of the city, the Korean peninsula, Asia and the world.

“Leaders from around the world gather here today,” read a caption.

The South remains officially at war with its nuclear-armed and impoverished neighbor, and ultra-conservatives often paint President Moon Jae-in as a sympathizer with the North.

The video has since been re-edited to replace the offending footage with a zoom-out from Seoul in the version on the summit’s YouTube feed.

Seoul‘s presidential Blue House said the video was created by an external production company that had been working under a “tight schedule”.

In a statement sent to AFP, organizers expressed “regret that we did not thoroughly check during the preparatory stage”, promising to “do our best to ensure that such problems do not happen again”.

Critics had already questioned the administration’s diplomatic capacity after US President Joe Biden and China’s Xi Jinping did not join the two-day virtual summit, despite earlier expectations they would do so.

Participants called for more action and inclusion of all countries in the drive towards a greener planet at the event, stressing the world “cannot afford to wait”.

But a poster on the South’s biggest portal Naver asked: “Are we promoting North Korea with our tax money?”