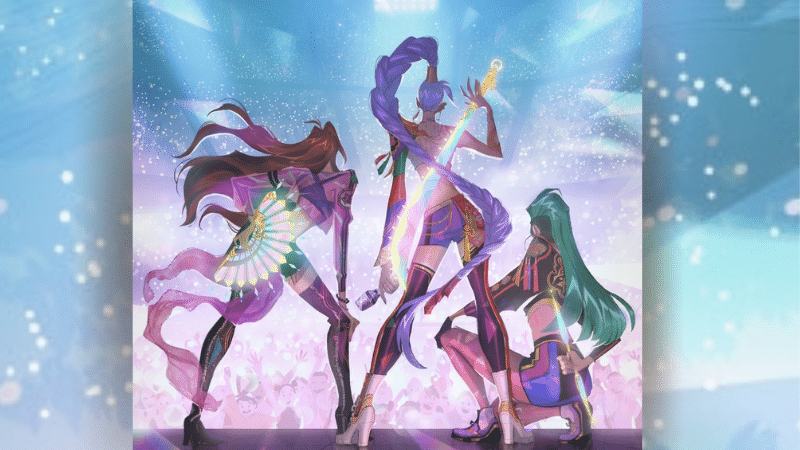 Sony Pictures Animation is releasing K-pop: Demon Hunters, a much-anticipated movie about a young female k-pop group sensation who tackles evil demons in between pleasing their fans. The animated musical is made by the same studio behind Spiderman: Into the Universe.

Directed by the visionary behind The Lego Ninjago Movie, Maggie Kang, and Wish Dragon’s Chris Appelhans, the movie is set to focus on a k-pop girl group that balances their double lives. The Asian community is very delighted to see a Korean director spearheading the film.

K-pop: Demon Hunters will be written by Hanya, which is a team composed of Danya Jimenez, and Hannah McMehan. Oscar-winning producer Aron Warner of Shrek will also be working with Appelhands and Kang on the project.

Training for the big debut. K-Pop: Demon Hunters is currently in development at Sony Animation.

This film follows a world-renowned K-Pop girl group as they balance their lives in the spotlight with their secret identities as badass demon hunters. pic.twitter.com/sFScsOqMN5

“It encompasses and celebrates everything K-Pop is – it’s the film I would want to see as a lifelong fan and I hope the millions of K-Pop fans out there in the world will feel the same,” said Kang, adding that the has always been a fan of the genre since the 90s, and she treats the film as her love letter to K-pop, as well as her Korean roots.

According to Appelhans, he has always wanted to do a film that showcases the power of music as a way to unite, build a community, and bring joy. He also stated that K-pop is the biggest embodiment of these values in our lifetime and the team is excited to honor and show that through animation.

Adding to the all-star team is Mingjue Helen Chen, who served as the production designer of Raya and the Last Dragon, and art director Ami Thompson who worked for Ralph Breaks the Internet.

The film will be an action-adventure flick that not only highlights the girl group’s flashy life as a k-pop artist. Their secret identity as a demon hunter will also be showcased against a surprising backdrop of fans, style, music, and fashion.

“Training for the big debut. K-Pop: Demon Hunters is currently in development at Sony Animation. This film follows a world-renowned K-Pop girl group as they balance their lives in the spotlight with their secret identities as badass demon hunters,” tweeted Sony Pictures Animation.

Omg!!!! This is live! Check out the next project I’ll be production designing, along with @AmiThompson_h as Art Director, and our beautiful human directors @maggiemkang and @dairysnake!!! Produced be @AronWarner!!! https://t.co/KegvA0bEPx

The rising popularity of K-pop in recent years has allowed it to infiltrate the US mainstream market with groups such as 2NE1, EXO, Girl’s Generation, BigBang, BTS, and Blackpink, among many others. These prolific k-pop groups who have trained for years before their debut have helped South Korean music reach billions of people. Not only that, but k-pop has also paved the way for the West to catch up with their shows and movies.

Thompson already posted the poster of the film on her Instagram, with the caption “Next upcoming project at Sony Pictures Animation. I’m excited to work with @mingjuechen @nutmags Chris Appelhans and Aaron Warner. Thanks for the opportunity! I look forward to making this awesome film!”

The poster shows three fashionable characters with their brightly colored hair – something very reminiscent of real k-pop artists, as they strike a pose while clutching glowing weapons secretly on their back.

Fans are already excited about the release of the movie and are already taking guesses by casting their biases in the soon-to-be iconic roles. Many k-pop stans are eyeing members of Blackpink and Thompson’s Instagram post is filled with replies from the k-pop group’s fans.

“Such an amazing artwork! 🙌 and the black hanbok reminds me of Jisoo’s how you like that hanbok,” replied jisookatrider on Instagram. Another user also said “We all know that is World Renowned KPOP Group is BLACKPINK… i’m dying hard to see the results”

Sony has not specified anything about the release date or the cast yet.