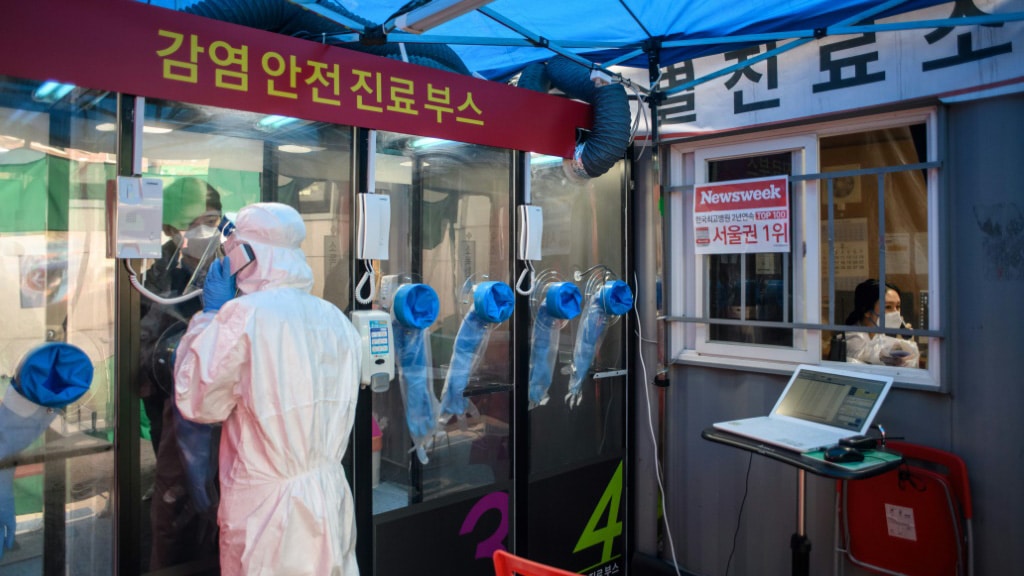 A South Korean hospital has introduced phone booth-style coronavirus testing facilities that allow medical staff to examine patients from behind the safety of a plastic panel, the latest innovation in the country’s drive to track down infections.

The row of four booths — which use negative air pressure to prevent harmful particles from escaping outside — stand under a tented shelter outside the H Plus Yangji Hospital in Seoul.

The hospital dubs them the “Safe Assessment and Fast Evaluation Technical booths of Yangji hospital” — or SAFETY for short. 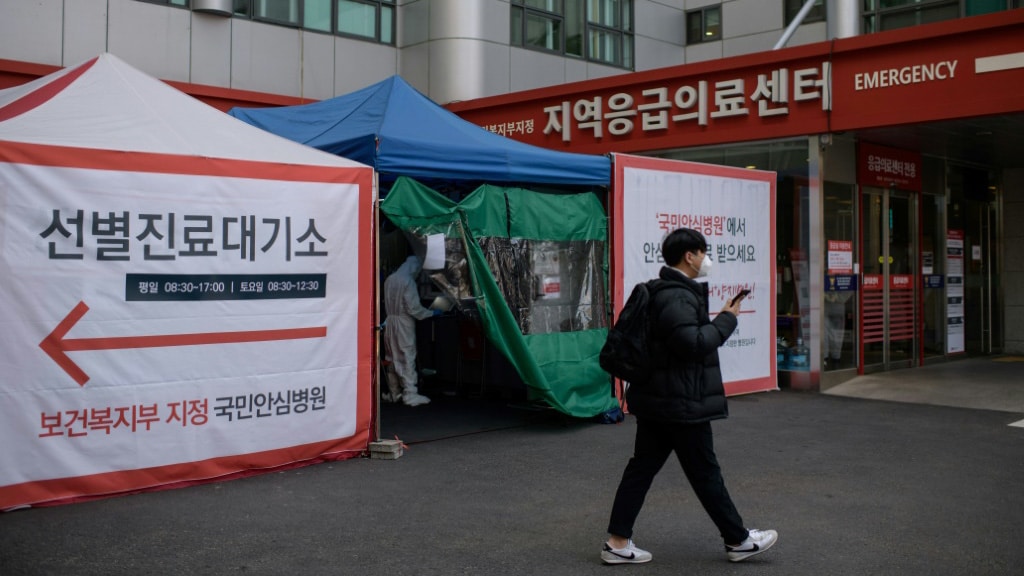 Each patient steps into the box for a rapid consultation by intercom with a medical professional who, if necessary, takes their samples by swabbing their nose and throat using arm-length rubber gloves built into the panel.

The whole process takes about seven minutes and the booth is then disinfected and ventilated.

The smaller SAFETY boxes are “significantly easier” to disinfect than the usual negative-pressure rooms and so are a “much safer space to be tested in”, hospital president Kim Sang-il told AFP.

“Also each booth only accepts one patient at a time, unlike negative pressure rooms where patients often need to share space as they get tested,” he said, adding the hospital’s negative pressure units are now reserved for treatment purposes.

South Korea was once the hardest-hit country outside China, where the virus first emerged, but appears to have brought its outbreak under control thanks to a huge testing and contact-tracing effort.

By midnight on Monday almost 300,000 people had been tested — processes that are free to anyone who has been told to have a test by a doctor, or who tests positive.

Early in the epidemic it introduced drive-through testing for the virus, with medical staff in protective suits swabbing noses through car windows, a practice now adopted internationally.

The SAFETY booths offer similar accessibility for those who do not drive — and children — and by keeping suspected patients outside, avoid the need to disinfect parts of the hospital building.

The facility was created based on biosafety cabinets — also known as isolation glove boxes — where laboratory workers perform operations through arm-length rubber sleeves. 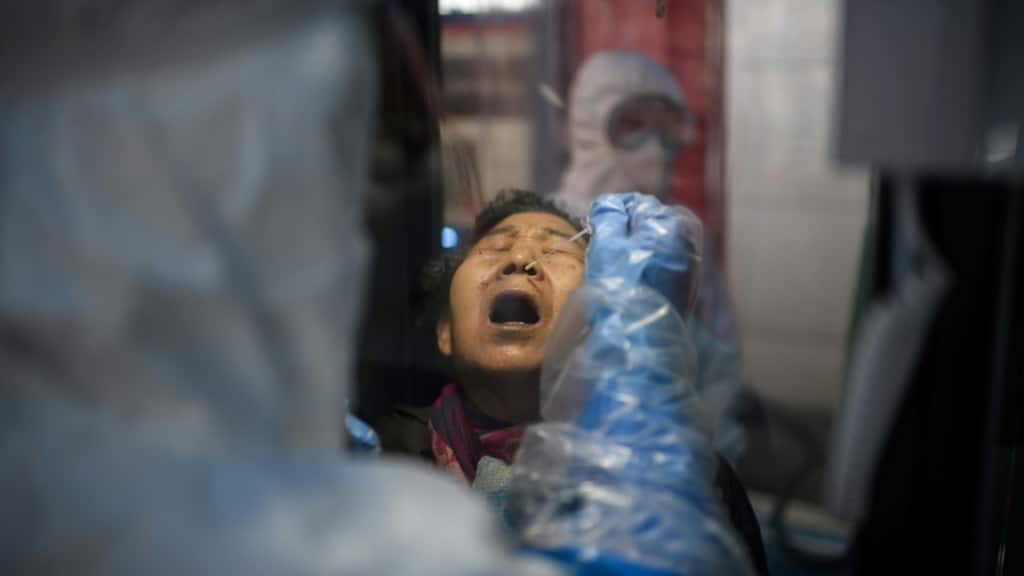 Each patient steps into the box for a rapid consultation by intercom with a medical professional who, if necessary, takes a sample by swabbing their nose and throat

The South has been recording fewer than 100 new cases a day this week — a far cry from the 500-600 earlier this month — but authorities have warned of new small cluster infections emerging in the metropolitan area where half of the South’s 51 million population is concentrated.

The Korea Centers for Disease Control and Prevention (KCDC) said 84 new cases had been confirmed on Monday, taking the total to 8,320.

Six more people had died, taking the death toll to 81, it added.

Scores of events — from K-pop concerts to sports matches — have been canceled or postponed over the contagion, and President Moon Jae-in announced Tuesday the formation of an emergency economic council. 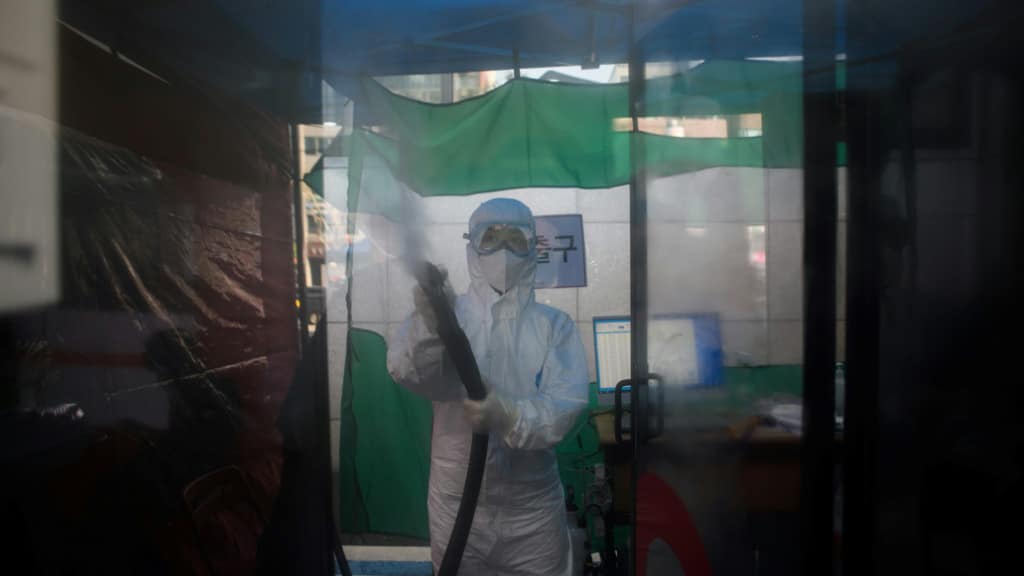