South Korea: The Nation that Never Fails to Impress

A brief overview of one of Asia’s most affluent nations

South Korea is a notorious country in Asia— a common favorite among tourists and backpackers all over the world. Filled with a strong sense of culture, the streets bring upon a vibe of novelty and excitement regardless of progressions of time. This one’s a classic, folks.

South Korea, also known as the Land of the Morning Calm, is located in East Asia, residing in the southern area of the Korean peninsula shared with its controversial partner-slash-foe, North Korea. In the east of the country is the Sea of Japan and in the west, the Yellow Sea. Below South Korea lies the East China Sea. The land is completely surrounded by water. Well, except for its neighbor in the north— as the name implies, North Korea. Though South Korea poses as the bigger space compared to its counterpart, it only holds 45% of the overall population (51M). It’s safe to say this place has got a lot of . Just kidding! Just one. The capital of South Korea is Seoul and it is located in the northern part of the region.

is a spectacular place with flourishing cities, beautiful sights, historical sanctuaries, and best of all, friendly and accommodating people. But if you don’t want to visit for any of those reasons, maybe this will sway you. South Korea is home to the highest number of internet users in the world given its reputation for having one of the highest technology economies in the world. Yeah, so basically, there’s wifi everywhere. Itching to get your pristine picture of Bibimbap up on the web? Consider yourself always ready.

Speaking of being ready, South Korea’s transportation capabilities are out of this world. And that’s putting it lightly. Its international airport is one of the biggest in the world and its subway is the third largest in the world. With big size comes big responsibility. It’s huge and it’s efficient. Oh, you thought that was it? There’s more. The KTX, South Korea’s train, is the fourth fastest in the world with a whopping 420 km/h. To give you guys a little context, starting out from one end, you can literally reach the opposite end of the border in less than three hours. What!

These are only some of the perks. It would be an understatement to say that South Korea has a lot to offer. Dive into this nation’s vast reserve of beauty and power.

Historical Heartbreak: The Severed Chains of one Supposed Nation

The end of World War II was a turning point for Korea. When the war had started to simmer down, the Soviet Union declared war on Japan. At the time, Korea was a single nation being colonized by Japan. Because of Japan’s recent altercations with the United States and its allies, the country had significantly depleted, leaving little in its own devices. The delivery of atomic bombs to Hiroshima and Nagasaki was the final straw. Japan needed to end the war before the immediate and unmerciful reins of the Soviet Union wiped them out completely. This led to an event that changed history as we know it: Japan’s surrender. After 35 years under Japan’s rule, Korea was now free. 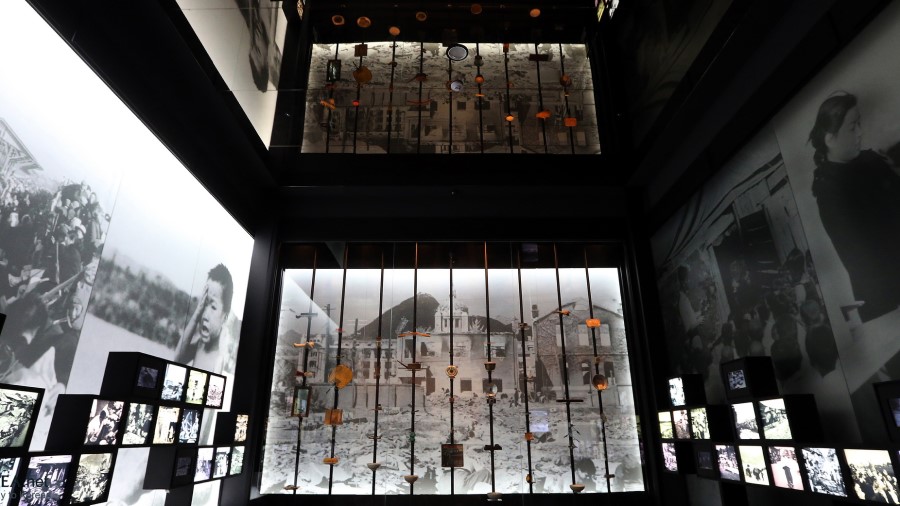 Japan relinquished its control over Korea, ultimately leading to a separation of states. Korea was divided into two sovereign states— both with very different beliefs, ideologies political standpoints. This decision was made by the United States and the Soviet Union. Then, there was South Korea (Republic), established by the United States along with its political stance, and North Korea (Democratic), established by the Soviet Union with its separate political stance. And that was that.

Shortly after began the Korean War. South Korea started to declaring independence, triggering North Korea to invade the land. Let’s just say, the situation escalated. Two million lives were sacrificed in the battle and nothing would ever be the same. The war ended through an armistice, leaving the two states passive but hostile with each other. The division was stronger than ever. 65 years later, in April 2018, both states decided to end hostile operations with a formal meeting. There is and never was a winner in this battle. In fact, can we say for sure that the Korean War is over? To this day, no peace treaty was introduced alone signed.

South Korea is renowned for being a country with racked with unity and homogeneity. Ethnically, almost the entire population of people are Korean by roots and origins. There is a small percentage of the population with ethnic roots from China. The current total population of South Korea stands at 51 million. A sizable percentage of this number belongs to foreigners as the country is a preferred home to many tourists around the world. The language used in South Korea is Hangul. It contains 10 vowels and 14 consonants, all utilized in phonetic symbols transcribed into text. Many English words have been modified and incorporated into the language due to the presence of the United States and its influence on the nation. 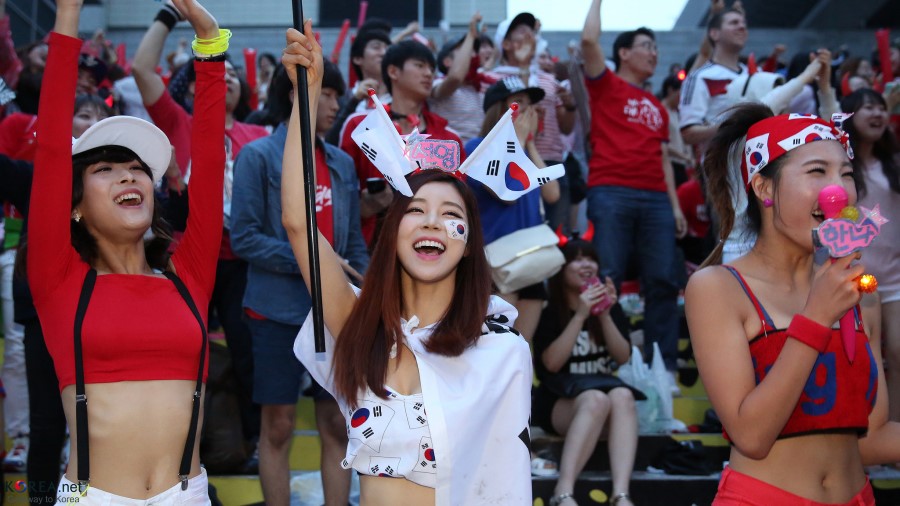 Religion: A Variety of Acceptance at all Costs

Diversity and uniqueness run deep in this country. Not a lot to states in Asia can say for certain that they identify as ‘religiously free’, but this one does. So much so, that it’s in their constitution. South Korea does not have a national religion. It believes in the freedom of religion and respects the rights of people with different beliefs. The most prevalent religions in South Korea are Christianity, Buddhism, Shamanism Confucianism (which isn’t really a religion, but a way of life).

Shamanism, the belief in spirits such as gods, demons ancestors dwelling in material objects, has been around since the ancient times. Relatively new, Christianity has taken over most of the religious population amounting to a hefty 30%. This takes the crown away from Buddhism, known as the most common religion in South Korea before Christianity. Half of the total South Korean population chooses to not participate in the world of religion. But much like the country’s strong resolve, we can say for sure: to each their own.

South Korea may be divided with its neighbor on a lot of subjects, but one thing about the two countries have surpassed all tension and differences. The culture. It has been greatly influenced by Japanese and Chinese traditions— mostly adopted by Confucianism. This means that most of the culture lies in social conduct and respect. These are some of the most important traditions and acts of proper conduct in South Korea’s general culture:

It’s widely accepted around the world that when meeting someone new, especially someone important, one would attempt to shake hands. That doesn’t fly in South Korea. It is proper to bow to the person you are meeting as a sign of respect and gratitude for their time and effort.

Korean cuisine heavily favors rice, meat, noodles vegetables. The most loved Korean dishes that are famed favorites among the public are Bulgogi, Bibimbap, Kimbap Dak-galbi. Once you have those delicious dishes in front of you, it is fundamental to understand the proper ways to show respect. One, chew with your mouth closed and with minimal noise. Two, before starting the meal, it is important to say “ ” which translates to the proclamation of having a nice meal. Third, if older people are present, allow them to be seated before yourself. And lastly, eat at the same pace as everyone else. 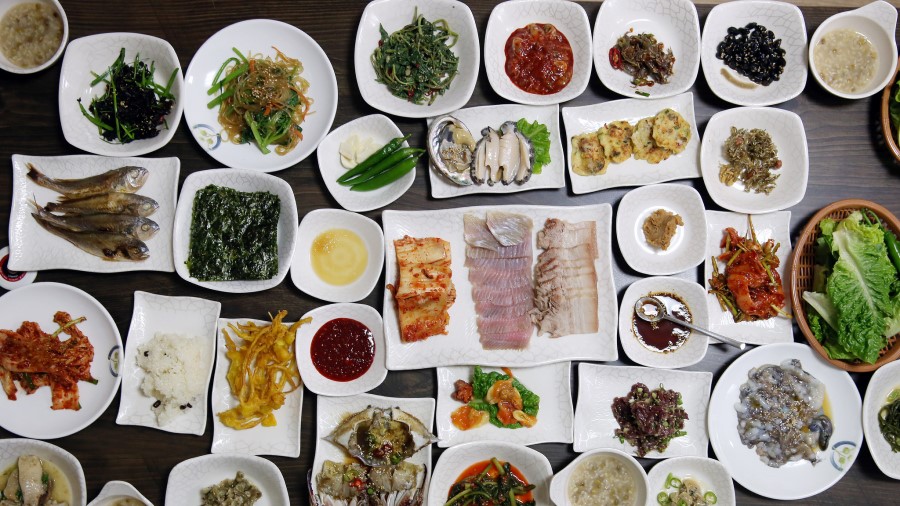 Festivals are very important in Korean culture. Celebrations for the important aspects of life are acts of love, respect appreciation. The festivals mostly celebrate family and a pleasant harvest. Trickled with beauty and lights, the festivals bring the community together in harmony and joy.

Saving the best for last, this one may be the most important one of all. Family ties are very important in Asian culture and this is especially true in South Korea. One must show the utmost respect towards their family, all the more if they are older. Fathers are regarded as the ‘leader’ of the family. Obedience is a must. Loyalty is also strong as they believe that adults must still live with their parents and take care of them when they get old as an act of honor and appreciation.

South Korea is a haven for truly amazing attractions, endless advantages, and a sense of community that would truly surprise you. The country has something for everyone. South Korea, you have my vote.