New pictures of Kim Jong Un riding a white horse through a winter landscape to the summit of Mount Paektu, a sacred peak for North Koreans, have fuelled speculation that the young leader may be set for a major policy announcement.

The images released by the official KCNA news agency were accompanied by a gushing text, that noted the “noble glitters” in Kim’s eyes, and labelled his snowy, horseback ride “a great event of weighty importance” for the nation.

Accompanying officials were left convinced that “there will be a great operation to strike the world with wonder again and make a step forward in the Korean revolution,” the agency said.

Analysts said the hike may signal a new policy direction for the nuclear-armed North. 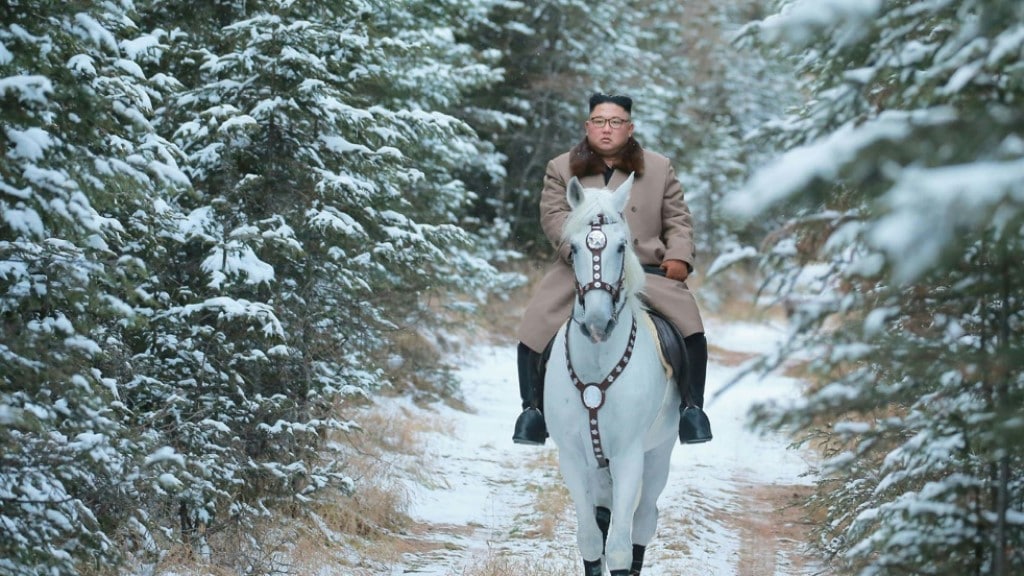 “In the past, Kim has climbed Mount Paektu ahead of major political decisions,” said Shin Beom-chul, an analyst at the Asan Institute of Policy Studies.

Kim hiked to the peak in December 2017 before launching diplomatic overtures that led to his first ever summit with US President Donald Trump.

But negotiations have been gridlocked since a second summit between Kim and Trump collapsed in February and the North has been raising tensions through a series of missile tests. 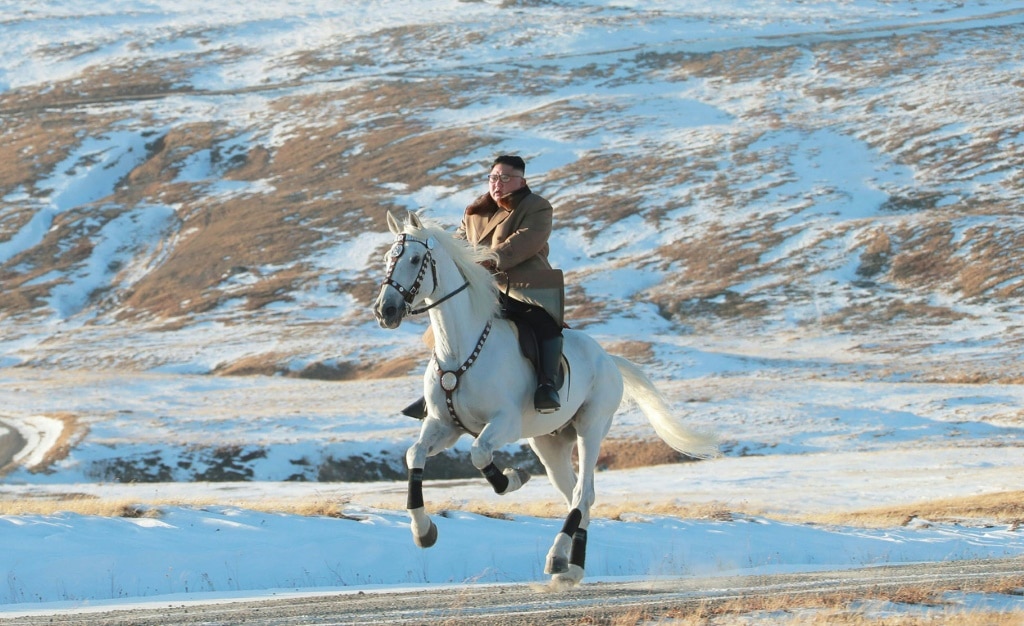 The sight of North Korean leaders riding white horses across snow-capped peaks – and in particular Mount Paektu – have been a dominant theme of past photos, posters and portraits of Kim’s father Kim Jong Il and grandfather Kim Il Sung.

According to B.R. Myers, a professor at Dongseo University in South Korea who specialises in North Korean propaganda, the images present an imperial motif of a leader protecting the cultural and ideological purity of the nation from corrupt, outside forces.

Kim also visited the site of a giant construction project in nearby Samjiyon county, KCNA reported, and blamed US-led international sanctions for his country’s hardships. 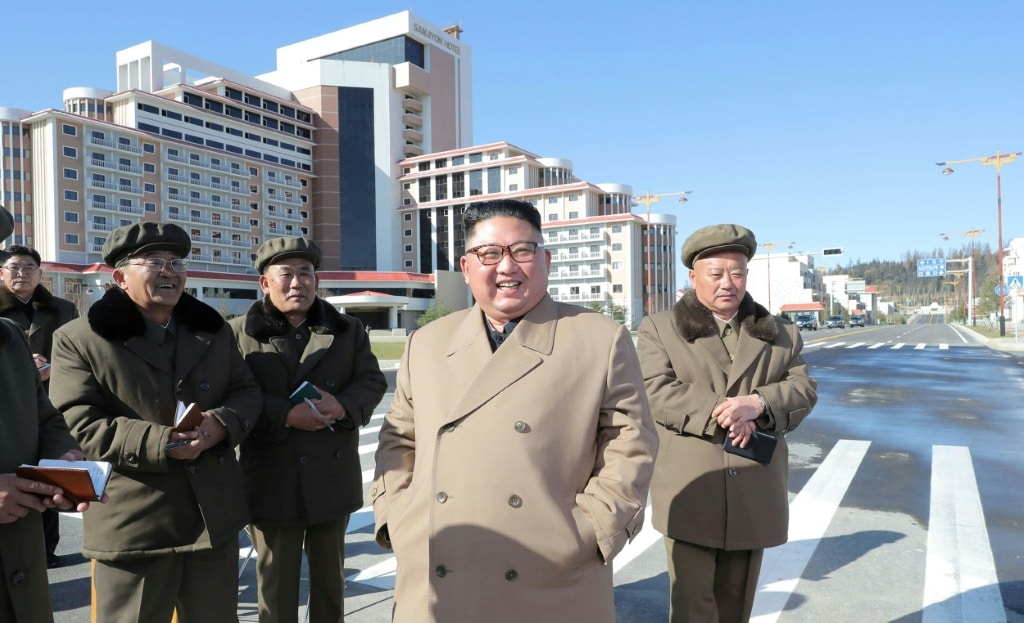 “The situation of the country is difficult owing to the ceaseless sanctions and pressure by the hostile forces and there are many hardships and trials facing us,” Kim was quoted as saying.

North Korea is under multiple sets of UN sanctions for its nuclear and missile programmes.

Pyongyang and Washington restarted working-level talks this month in Sweden only for it to quickly break down, with the North blaming the US for not giving up its “old attitude”.

North Korea tested this month what it said was a submarine-launched ballistic missile that marked a “new phase” in its capabilities — the most provocative in a series of weapons tests it carried out since 2018.