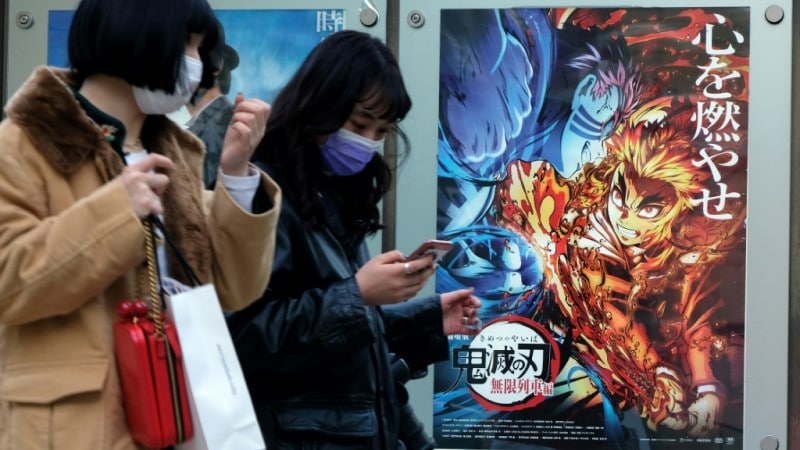 ‘Demon Slayer’ has been enormously successful in Japan, and could soon be the country’s top-grossing film of all time

An anime epic in which a teenager hunts down and beheads demons has become the surprise sensation of Japanese cinema during the pandemic, and could soon be the country’s top-grossing film of all time.

“Demon Slayer”, a full-length flick based on the hit manga series is threatening to dethrone Studio Ghibli’s “Spirited Away”, the fantastical 2001 tale that won an Oscar for best animated feature.

The story of Tanjiro, whose life transforms when his family are killed in a demon attack, has taken 30.3 billion yen ($290 million) at cinemas since its October release.

At one recent screening in Tokyo, a group of female friends told AFP they had come to see the film because “it’s a hot topic” in Japan. 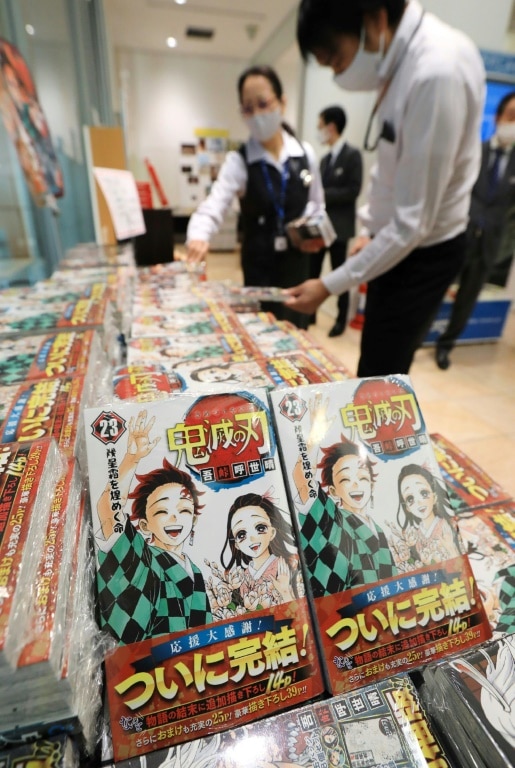 Drawing long lines around the country, “Demon Slayer” has dispatched “Titanic” from the number two spot and looked on track to beat Hayao Miyazaki’s classic by Christmas.

But this week, there was a plot twist: the Ghibli film’s total sales were revised upwards to take into account a re-release over the summer — raising its takings to 31.7 billion yen and staving off “Demon Slayer” a little longer.

The new film’s stunning success comes despite — and perhaps because of — the pandemic, with people in Japan urged to avoid crowds, putting most other forms of mass entertainment off-limits.

Kei, a 25-year-old who saw the film with his sister, said he thought people with more free time was just one reason for its success, with its high production values a bigger draw.

“This movie is a big hit because the animation is very unique and beautiful. It’s very creative,” he said.

Japan has seen a relatively limited outbreak of the virus, with fewer than 2,600 deaths so far, although record numbers of new cases have been recorded in recent weeks.

The country has not implemented the strict lockdown measures seen elsewhere and movie theatres have largely stayed open, though with restrictions including mask-wearing.

A sophisticated marketing campaign, including tie-ups with shops and restaurants, and well-known actors voicing the characters have also helped boost the film — whose full title is “Demon Slayer: Kimetsu no Yaiba the Movie: Mugen Train”.

And some say the relative dearth of other recent high-profile releases means it may have faced less competition than in a normal year.

But Yuka Ijima, an assistant professor at Tokyo’s Daito Bunka university who focuses on manga and psychology, said “Demon Slayer” also taps into some particularly relevant themes, with its focus on family ties and the battle between good and evil.

“In the past, the concept of a ‘demon’ was used to embody invisible, frightening threats, like diseases and epidemics including smallpox,” which could resonate with people’s fears during the virus crisis, she told reporters recently.

The film, set in Japan’s 1912-26 Taisho era, began life in 2016 as a manga series published in the popular comic magazine “Shonen Jump”.

Its popularity grew when it was adapted into a televised anime series, and sales of the manga boomed this spring when the Japanese government urged residents to stay home to stem the spread of Covid-19.

The movie’s spring release was pushed back to October, “at a time when there was a certain sense of security” as infections in Japan declined and people felt more comfortable going to the cinema, Ijima said.

Its success has been a rare bright spot in the economic malaise that has accompanied the pandemic in Japan.

One research institute estimated the entire series has generated an economic impact of 270 billion yen ($2.6 billion) in Japan alone.

And “Demon Slayer” fever shows no sign of abating.

Long queues formed outside manga shops earlier this month for the release of its 23rd tome, the final instalment of a series that has sold more than 120 million copies overall and been translated into 14 languages.

The film has already been distributed elsewhere in Asia with releases in Europe and the United States planned for next year.

by Mathias Cena and Katie Forster