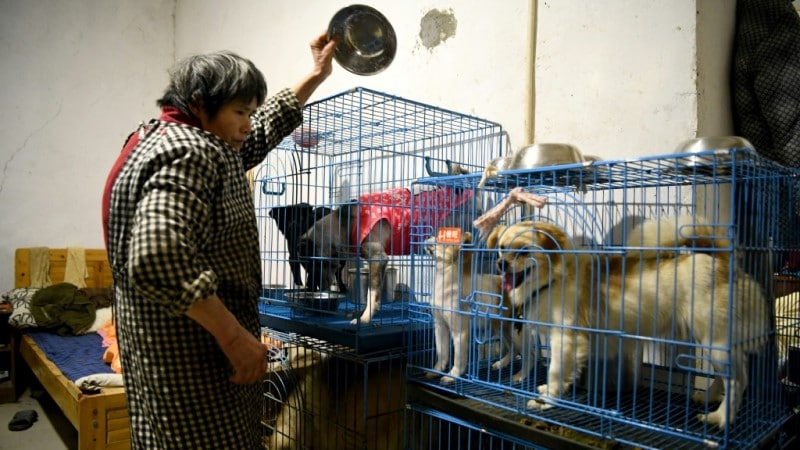 Twenty years ago, Wen Junhong saved an abandoned dog from the streets of Chongqing in southwestern China. She now shares her home with more than 1,300 of them, and they keep on coming.

After taking in that first dog, a Pekinese she named Wenjing — “gentle and quiet” in Chinese — Wen found she couldn’t stop.

She says she was driven by worries about what strays face on the streets in China, from accidents to being snatched up for the dog meat trade.

“It’s important to look after these dogs,” she said. “Each of us should respect life, and the Earth is not only for humans but for all animals.” 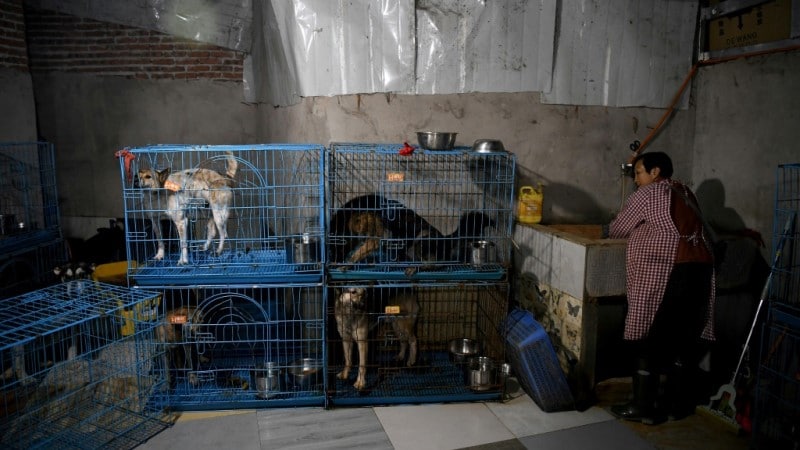 Wen Junhong shares her home in Chongqing, southwestern China, with more than 1,300 dogs

Dog ownership was previously termed a bourgeois pastime and banned under the leadership of Communist China’s founder Chairman Mao.

Views on pets have changed dramatically since, and ownership has boomed — but the country still does not have a national animal welfare law and there are tens of millions of stray dogs and cats, according to charity AnimalsAsia.

As well as the abandoned pets and strays that are regularly left in her front yard, Wen says she receives calls “every day to help more dogs”.

And it’s not just canines that the 68-year-old has a soft spot for.

She also lives with one hundred cats, four horses and a scattering of rabbits and birds.

“Some people say I’m a psychopath,” she admits.

Her day starts at 4 am with the unenviable task of clearing 20-30 barrels of overnight dog waste and cooking more than 500 kg (1,100 pounds) of rice, meat and vegetables for the animals.

The waste gets burned in the back yard, sending a continuous plume of smoke into the sky.

A handful of dogs run free around the building, while a tethered pit bull terrier at the back door growls and barks at strangers.

Every room in the two-storey house is full of cages, piled next to and on top of each other.

Surrounded by fences and locked gates, her hillside location is the latest in a series of homes after complaints from neighbours forced her and her charges to keep moving. 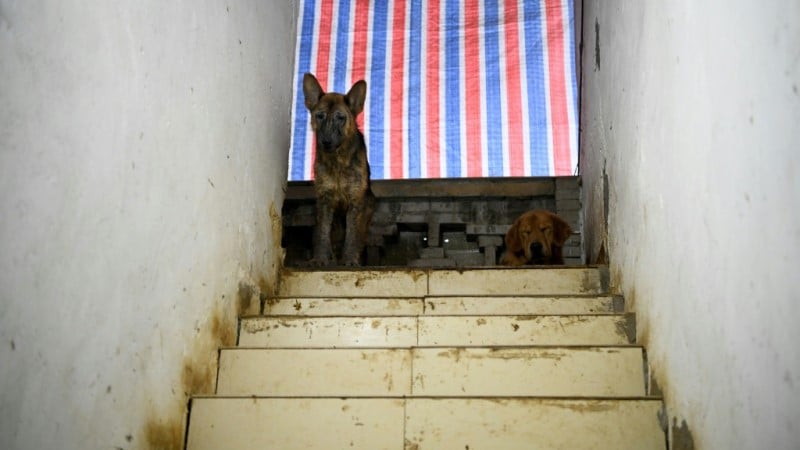 Wen says she was driven by worries about what strays face on the streets in China, from accidents to being snatched up for the dog meat trade

Wen finances the operation with proceeds from selling her apartment, loans of up to 60,000 yuan ($9,100) and her pension and life savings from an earlier career as an environmental technician.

She also receives donations after gaining attention on social media, where she has been dubbed “Chongqing Auntie Wen”.

Wen hopes the attention will lead to adoptions, but new arrivals far outpace those being re-homed.

And she has suffered abuse online, after pictures of the animals’ living conditions were posted.

“Living in such a small cage is no better than being a stray dog,” wrote one critic on social media. 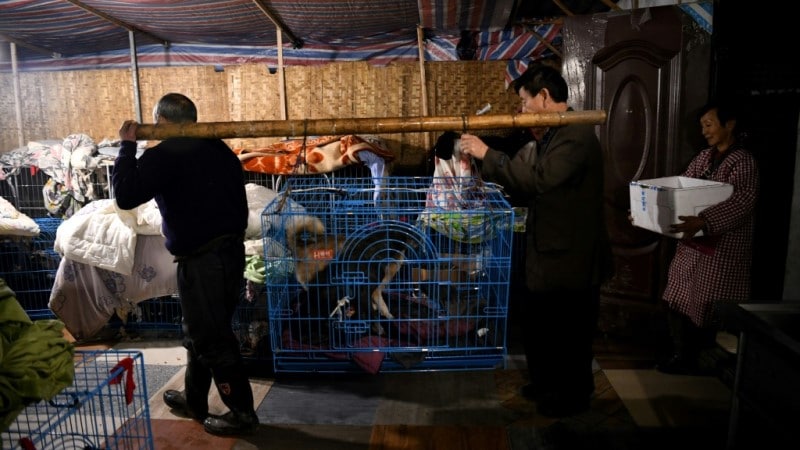 Even if They Bite me

Six dogs had arrived on the day AFP visited, including four small puppies.

Large dogs are kept outside, and small ones in cages indoors.

“If all the dogs are released, they will fight,” Wen said.

Some attempt to gnaw through the bars while others yap relentlessly and scrap with each other.

One mutt snapped at anyone walking past until Wen covered its cage with a coat. 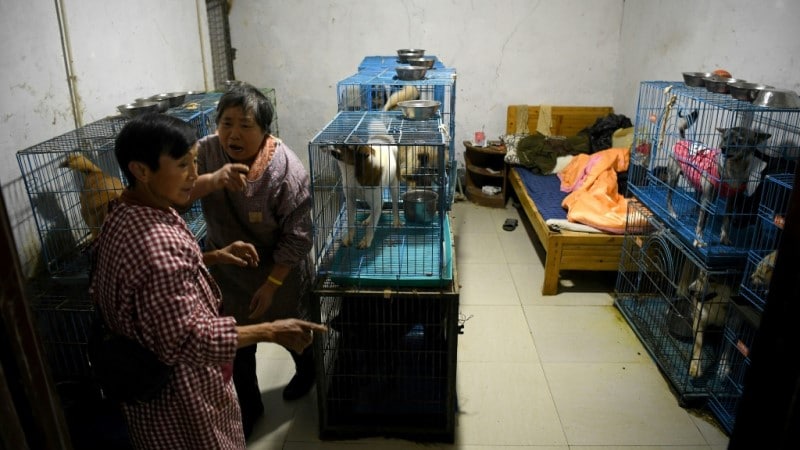 She has six staff, who sleep in a room piled high with bags of dog food.

One, Yang Yiqun, shows arms and hands covered in scars and scratches.

“I like the dogs even if they bite me,” says the stoic Sichuan local who has worked with Wen for five years.

“She is under too much pressure to handle it alone”.

Even with her love of animals and a team to help her, Wen admits re-homing strays is a struggle.

“There are more and more dogs and each of them gets less space.”

PHOTOS BY NOEL CELIS/afp
by Helen Roxburgh and Qian Ye