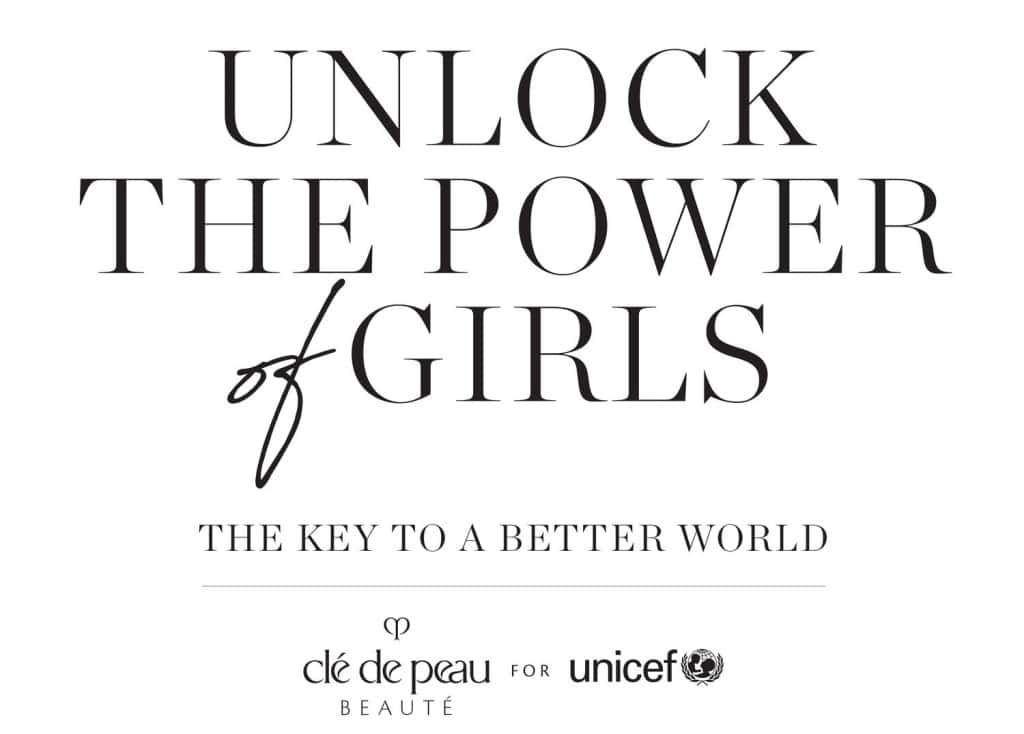 A multi-year partnership emerged from Clé de Peau Beauté and UNICEF to boost gender equality programs across the world.

This has been so far the largest partnership between a private entity and the UNICEF in promoting gender equality across the globe, and Clé de Peau Beauté saw it fitting to announce its decision to support UNICEF last October 11, on the International Day of the Girl. 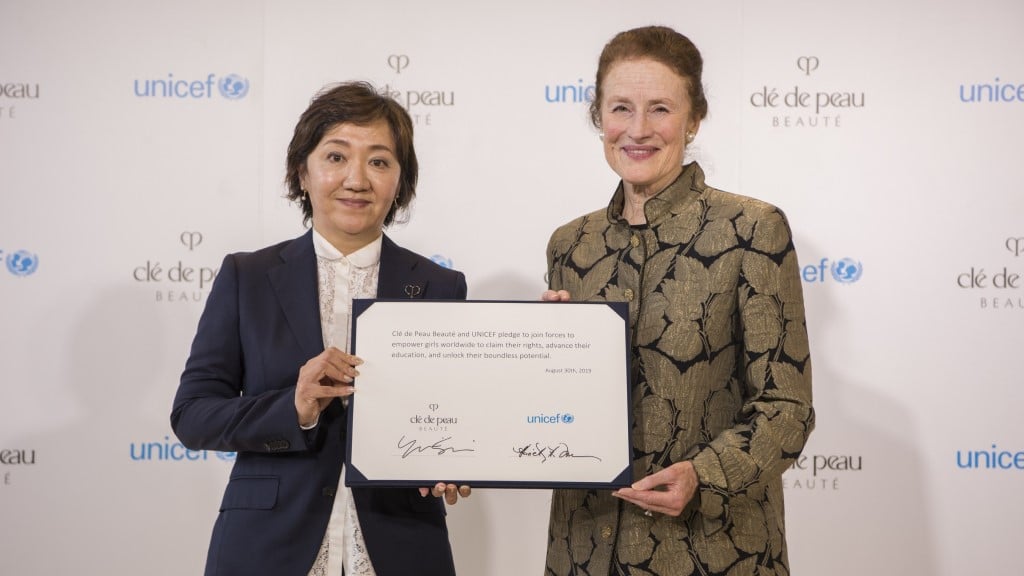 Globally, an estimated 1 in 4 adolescent girls aged fifteen to nineteen are excluded from any kind of education, training, or gainful employment, compared to 1 in 10 for boys.

Clé de Peau Beauté aims to empower girls through UNICEF’s various empowerment programs, which include education and employment initiatives. An estimated 6.5 million girls worldwide will benefit from this partnership.

Education is a path away from poverty, according to UNICEF Executive Director Henrietta Fore.

“While there has been significant progress in primary school enrollment for girls, too many of them are denied the opportunity to advance to secondary school,” says Fore.

“Early marriage, poverty, discrimination and gender bias are some of the barriers that girls have to overcome to pursue their education. With the support of partners like Clé de Peau Beauté, we can help address these barriers,” she continued.

The current partnership will see girls from Bangladesh, Kyrgyzstan, and Niger benefitting from UNICEF’s different programs. UNICEF aims to promote educational programs in STEM (science, technology, engineering, and math). UNICEF found it necessary to focus on these areas as girls are traditionally stifled from pursuing these promising spaces and areas simply because of gender stereotypes.

In addition to UNICEF’s involvement with educational programs, many advocates associated with UNICEF also wish to create long-term solutions for gender-based violence in schools and communities, as well as combating the still-pervasive practice of FGM or female genital mutilation/female circumcision.

In addition to the $8.7 million pledge, Clé de Peau Beauté has also announced that it will be contributing a percentage of its global sales of its popular product, “The Serum” to UNICEF’s girl’s empowerment programs.

Clé de Peau Beauté’s impressive partnership with UNICEF is the logical result of its previous philanthropic efforts, including the Power of Radiance Award in March 2019.

In its inaugural year, Clé de Peau Beauté has found it fitting to award its first recipient, Muzoon Almellahan, the first individual with a refugee status to be given the title of UNICEF Goodwill Ambassador.

Muzoon Almellahan is a 19-year-old Syrian refugee and educational activist, and receives support from UNICEF while living in the Za’atari refugee camp in Jordan. She is the youngest Goodwill Ambassador as of this writing. Muzoon fled Syria in 2013 with her family in the wake of extreme political conflict, and she lived as a refugee for three years before being resettled in the United Kingdom.