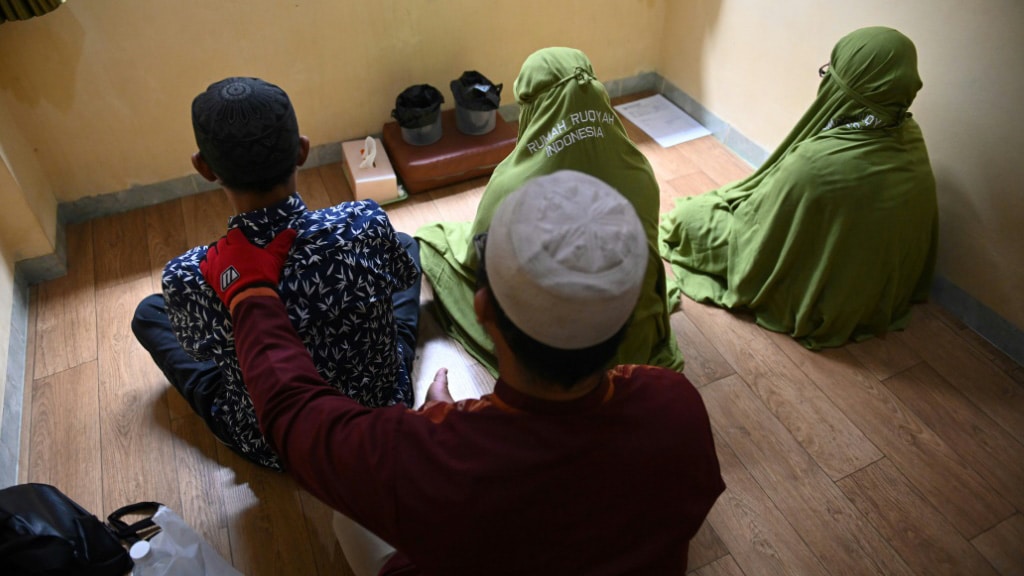 Many gay and transgender people in the world’s biggest Muslim majority nation are forced to undergo exorcism.

Andin is haunted by memories of being forced into an exorcism to “save” her from being transgender — a ritual that could become mandatory for Indonesia’s LGBT community if a controversial new law is passed.

For two decades she has endured harassment and abuse as her family desperately tried to “cure” her. Treatments ranged from being bombarded with Koranic verses while trapped in a locked room for days, to being doused with freezing water by an imam promising to purge the “gender disease”.

But it is the exorcism that breaks her heart.

She was taken against her will to a strange religious guru near her hometown of Medan in Sumatra. He showed her a burial shroud commonly used to cover the dead and prayed over her.

He then gave a stark choice: relinquish life as a woman, or go to hell.

“Nothing changed after the exorcism. I’m still LGBT, but my family didn’t give up easily,” says Andin, 31, who asked that her real name not be used.

“It’s traumatizing — the horror of that memory stays in my head.”

Forced exorcism is a common story for gay and transgender people in the world’s biggest Muslim majority nation, where a conservative shift has seen the community increasingly targeted in recent years.

Homosexuality is legal everywhere in Indonesia except conservative Aceh province which adheres to strict Islamic laws.

But it is still widely believed that being gay or transgender is the result of a person being possessed by evil spirits — and that these can be expelled by religious ceremony and prayer.

Gay and transgender people would be forced to undergo “rehabilitation” — an umbrella term likely to include exorcisms and other “conversion treatments” — to purge what bill advocates say is a sexual deviancy.

In the conservative Aceh province, many believe being gay or transgender is the result of a person being possessed by evil spirits

Although now a Muslim-majority nation, traditional tribal animist and shamanist beliefs have been incorporated into the cultural and religious identity across the Southeast Asian archipelago, which is home to more than 260 million.

Exorcisms have long been used for everything from tackling mental illness to clearing villages of alleged apparitions.

“(It’s) the most likely option to be taken by officials in Indonesia when doing ‘rehabilitation'”, he adds.

For Aris Fatoni, who performs exorcisms to rid patients of myriad medical and personal problems, mandatory conversion therapy will bring a business boom.

He claims he has “cured” around 10 such clients in the past decade.

During an exorcism, Fatoni reads from the Koran as he places his hands on clients and then watches for signs he believes suggest evil spirits are being expelled.

“It’s usually a strong reaction but that means they’ll be cured quicker,” he explains, adding that he’s witnessed vomiting and screaming in the process.

“However, if someone likes being LGBT and they’ve only come here out of curiosity then there’s no reaction. Those cases are harder to fix.”

“One guy I treated only did the exorcism twice and he is cured now. He married a woman just one month later,” he recalls.

Six clinics in Jakarta told AFP they performed exorcisms that would “cure” LGBT clients, although none openly advertised the treatment.

“How long have you been suffering the disease?” one shop owner asks over the telephone, before reminding the caller he cannot treat those with HIV.

“God willing, I can help as long as you surrender to Allah.” 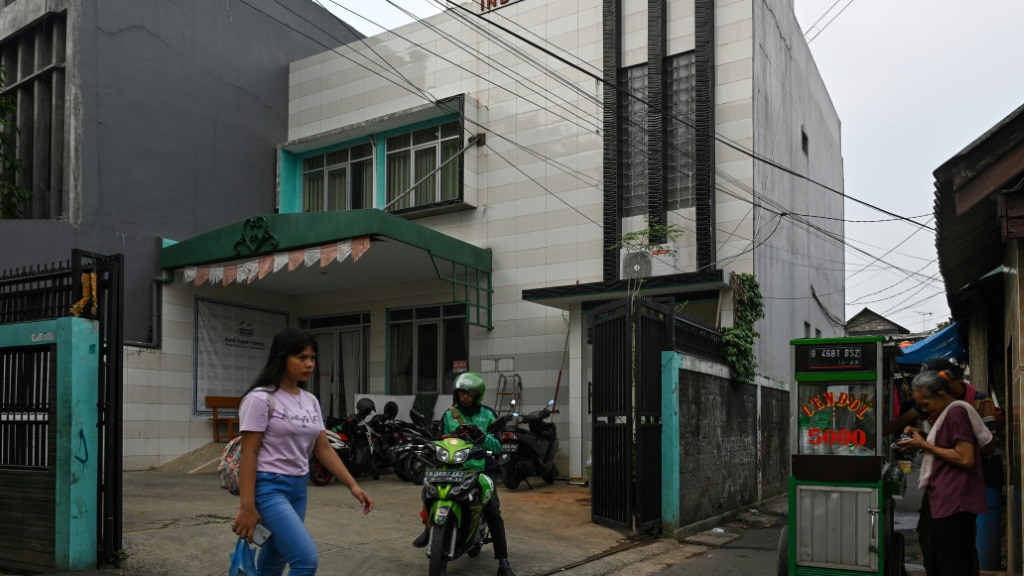 Surveys in recent years indicate intolerance and radicalism is on the rise, with one 2017 study suggesting more than 80 percent of Indonesians support the country adopting strict Islamic law

Surveys in recent years indicate intolerance and radicalism is on the rise, with one 2017 study suggesting more than 80 percent of Indonesians support the country adopting strict Islamic law.

Dinda says her mother, who is deeply religious, tricked her into visiting for a family reunion — but when the 34-year-old lesbian arrived, she found a Muslim cleric there who performed an exorcism against her will.

“My mom believed I was possessed by ghosts and that if I didn’t have an exorcism then the evil spirits would stay with me,” recalls Dinda, who asked that her real name not be used.

Her sexuality remains the same but she no longer trusts her mother.

“I get shivers every time my mum calls me. And I see the exorcist in my dreams. It left me very scared,” she reveals.

In Aceh, same-sex relations can result in a public whipping under local Islamic law and in 2018 police there rounded up a group of transwomen and publicly humiliated them by cutting their hair and forcing them to dress in male clothes.

But there is still a vocal minority pushing back against draconian changes to legislation.

Last year, lawmakers tried to push through a criminal law overhaul that would have made pre-marital sex a criminal offence, but the bid was shelved after a sharp backlash.

Similarly, proposals in the new bill are being fought by rights campaigners.

“Conversion therapy, such as exorcisms, amount to violence against LGBT people,” said Budi Wahyuni, a former commissioner at the Indonesian women’s commission.

Her family persists in trying to cure her — most recently sacrificing a goat to do so.

She says: “Twenty years later, they still want me to be different.”