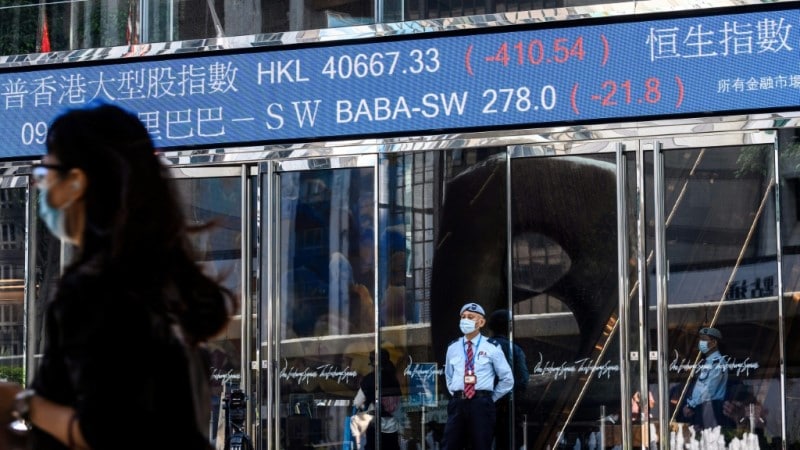 Twelve people are accused of running a ‘ramp and dump’ scam, where stocks are hyped up and touted for sale via social media before being suddenly sold, leaving other investors to shoulder losses

Hong Kong police on Friday said they have arrested 12 people for allegedly running a “ramp and dump” stock scam in a series of raids targeting homes in swanky neighbourhoods.

The joint investigation with the city’s Securities and Futures Commission (SFC) led to the freezing of HK$900 million ($116 million) in assets.

At a press briefing on Friday, authorities said seven men and five women were being held on market manipulation, money laundering and fraud charges.

They are accused of using popular messaging apps including WeChat to run a so-called “ramp and dump” scam, where certain stocks are hyped up and touted for sale via social media before being suddenly sold, leaving other investors to shoulder losses.

Some of those arrested allegedly posed as investment gurus offering tips and insider information to victims in both Hong Kong and mainland China.

Officials called for victims of the scam to come forward.

“Our estimate is there is a large number of victims but many of those victims might not want to come forward because they might feel embarrassed about being duped in this way,” SFC chief executive Ashley Alder told reporters.

The role of social media in hyping stock prices has gained renewed attention recently in the wake of the GameStop share frenzy.

An army of amateur investors, many exchanging advice and opinions on a popular forum at the Reddit website, began buying up GameStop in defiance of hedge funds that had bet shares in the company would tank because the video game disk-selling company is out of synch with the internet age.