Stacked on shelves next to comic book superheroes, the models come in a variety of shapes and sizes, some holding make-shift shields and flags, others extinguishing tear gas rounds or playing instruments in protest orchestras.

A local figurine enthusiast and his friend designed dozens of characters based on their own experiences of attending months of protests.

Among their 1:6 scale figures are white-collar workers who hold regular lunchtime rallies outside their offices, elderly “silver-haired” protesters and a demonstrator wearing an oversized Pepe the Frog mask.

“We hope the figurines can reconstruct the situation with authenticity,” said Charlie, a 30-year-old freelance photographer by day, who asked to use a pseudonym.

Their models boast many features of the street protests, which have upended Hong Kong for the last seven months in the most serious challenge to Beijing’s rule since the city’s 1997 handover.

Slogans have been painstakingly painted onto small helmets and some models have cling-film wrapped around their arms — a method protesters use to defend against police pepper spray.

Others have scrapes on their legs from street skirmishes and almost all have removable gas masks that have become ubiquitous during the protests.

“We want to make them as detailed as possible so that they can evoke empathy in people,” Charlie said. 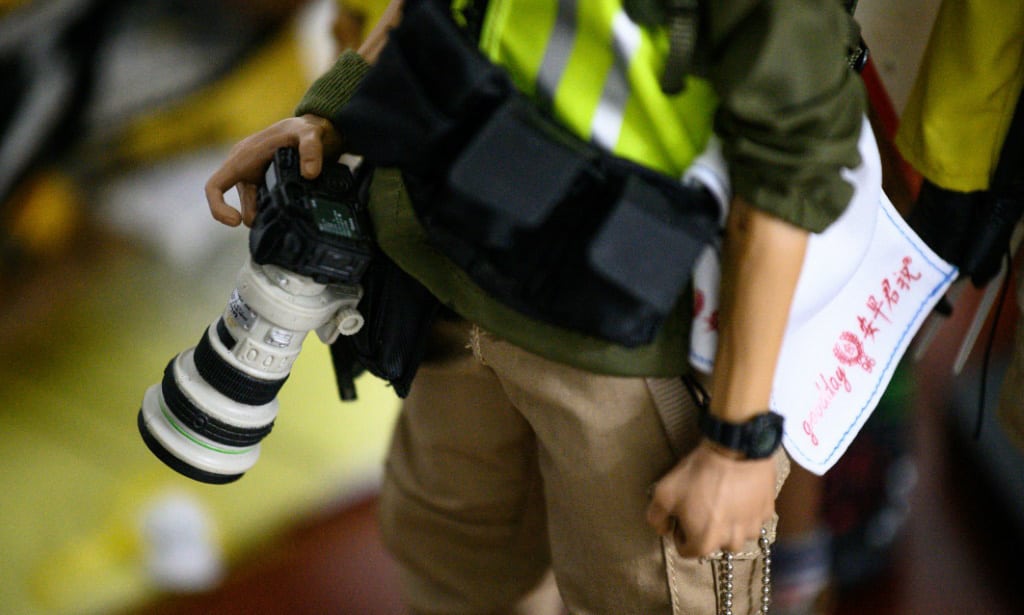 Among the 1:6 scale figures are journalists and white-collar workers

Some of the parts came from the duo’s own military toy collections or were made with 3D printers.

Other elements were built from scratch.

For a reporter figurine, the pair hand-stitched a tiny camera bag while popsicle sticks have been transformed into wooden shields used by hardcore activists.

Two of their frontline figure characters — named after the lyrics of the protest anthem “Glory to Hong Kong” — have gone into mass production after the pair became a hit online.

“I want to raise peoples’ awareness within the movement and hopefully the figurines will allow more people to know what has happened in Hong Kong,” Charlie said.

Priced at about HK$900 (US$116) per set, the different parts of their products had to be manufactured in seven countries to avoid political sensitivities — especially in mainland China. 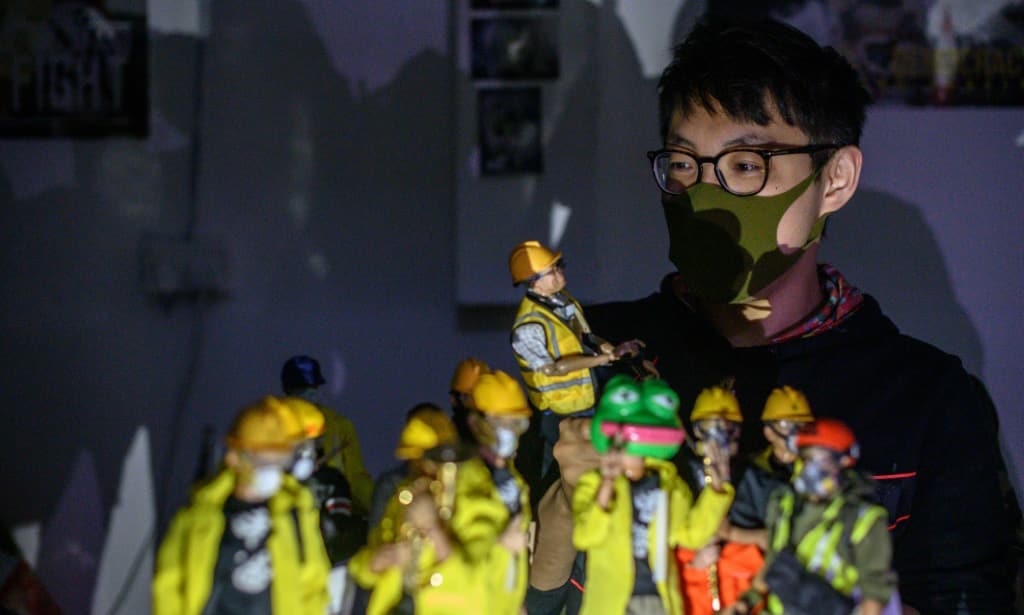 “A water bottle or a helmet is not sensitive by itself. But after this movement began, they are seen as sensitive… This is self-censorship,” said Charlie.

One manufacturer, he said, suddenly refused to make yellow raincoats, a symbol of the movement which has adopted the color.

“When that happens, we have to start all over again,” he said.

Hong Kong’s protests were sparked by a now-abandoned proposal to allow extraditions to the authoritarian mainland, where the opaque legal system answers to the Communist Party.

It soon morphed into a wider movement calling for greater freedoms and police accountability.

Among key protester demands are an independent inquiry into the police, an amnesty for the thousands arrested and fully free elections.

But Beijing and local leaders have refused further concessions. 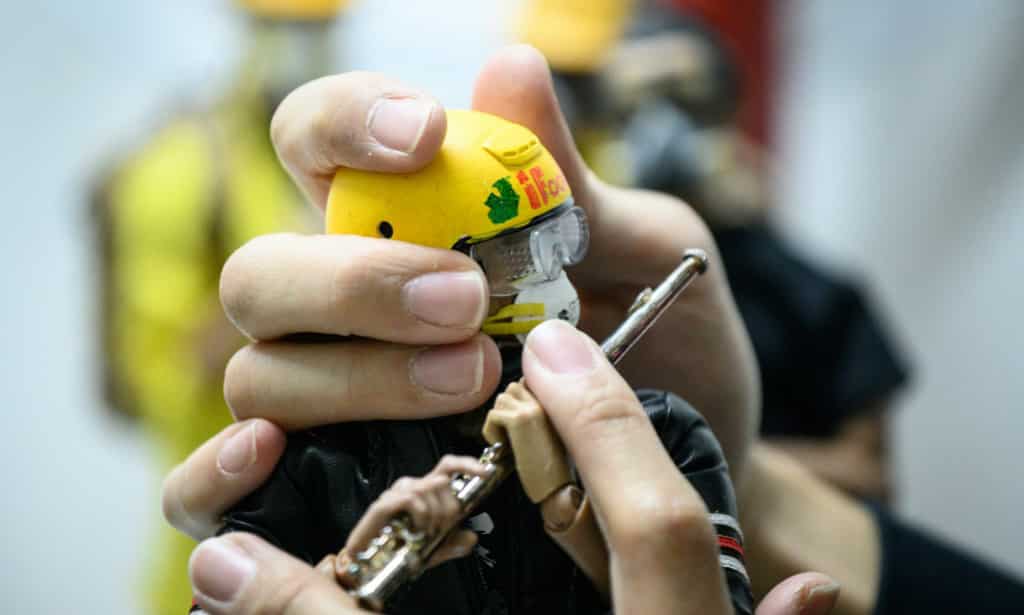 Around 1,000 sets of figurines they designed have been sold so far

The frequency and ferocity of the protests have died down over the last month, but signs of the political unrest are everywhere, from graffiti daubed on walls to huge fences surrounding government buildings.

In some of the city’s toy-shops, the protest figurines are selling like hotcakes.

At one shop in Wanchai district, the owner has created an action-packed diorama of a clash outside a subway station, complete with ranks of riot police and protesters smashing up a taxi.

“People play with toys in pursuit of happiness, especially during hard times,” said the shop owner, who asked for anonymity fearing reprisals in the febrile political atmosphere.

Charlie said he primarily sells his models online after some toy stores received threatening calls telling them not to sell political products.

Around 1,000 sets of figurines they designed have been sold so far, with the profits going to groups that support the pro-democracy movement.

“Hong Kong people gave us the opportunity to create these figures and we hope to use the money to help protesters in return,” he said.

In darks times, he added, the models can raise spirits.

“We hope they can console people emotionally,” he said.