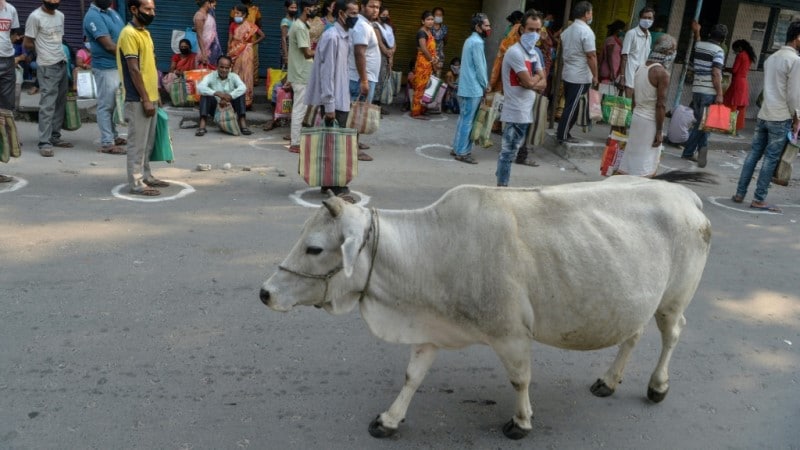 Cows are considered sacred by the country’s majority Hindus and eating beef is banned in many states.

An Indian government unit established to develop soaps and medicinal products from cow dung has branched out with a “chip” it claims can protect people from cellphone radiation.

Without explaining how the technology works, the head of the National Cow Commission — set up last year — said the device could simply be placed inside a mobile phone’s protective cover.

“We have seen that if you keep this chip in your mobile, it reduces radiation significantly,” chairman Vallabhbhai Kathiria told a news conference.

“Cow dung is anti-radiation, it protects all, if you bring this home your place will become radiation-free… All this has been approved by science,” he said.

Kathiria provided no further details on what research had been done, and the announcement sparked considerable ridicule on social media.

Cows are considered sacred by the country’s majority Hindus and eating beef is banned in many states.

Kathiria told the Indian Express newspaper the chips were being manufactured by more than 500 cow refuge shelters and cost around 100 rupees ($1.36).

“One person is exporting such chips to the US, where it is sold at about $10 each,” he was quoted as saying by the English-language daily.

Since coming to power in 2014, Hindu nationalist Prime Minister Narendra Modi’s party has earmarked millions of dollars for research into products using cow dung and urine.

Although there is no scientific evidence, several politicians from Modi’s right-wing party have advocated using the dung and urine to cure the coronavirus.