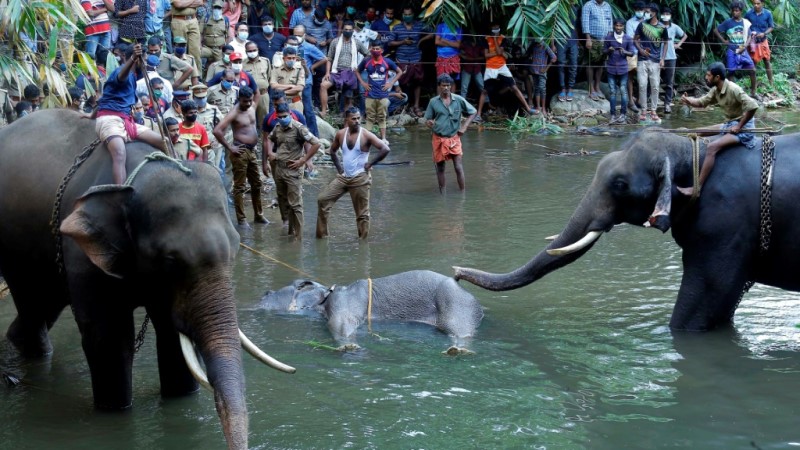 India pledged to investigate Thursday the death of a pregnant elephant that ate explosives-filled fruit, as cricket and Bollywood stars joined a chorus of outrage over the incident.

The elephant died in agony last week in the southern state of Kerala, the latest casualty in a growing conflict in South Asia between large animals and humans as ever more forest is lost to urban expansion.

Footage of the animal standing in a river for hours with its badly injured mouth and trunk in the water as it slowly weakened went viral, triggering horror and even calls for the culprits to be executed.

India‘s cricket captain Virat Kohli said on social media he was “appalled” while Bollywood megastar Akshay Kumar tweeted that the incident was “heartbreaking, inhumane and unacceptable”.

Even Ratan Tata, chairman emeritus of Tata, one of India’s biggest conglomerates, chimed in, calling the killing “no different than acts of meditated murder against other humans… Justice needs to prevail.”

“Central Government has taken a very serious note of the killing of an elephant in Mallapuram, #Kerala,” Javadekar said on Twitter.

“We will not leave any stone unturned to investigate properly and nab the culprit(s). This is not an Indian culture to feed firecrackers and kill,” the minister added.

The killing of the animal, which police were still investigating, was however likely not driven by callousness and cruelty.

Poor villagers in India, Sri Lanka and elsewhere often use firecracker or explosive-filled pineapples — which act like pressure-activated landmines — to protect their fields and homes from wild animals.

A similar incident was reported last month in a nearby district in Kerala where a female elephant was found with serious mouth injuries.

About 2,361 people were killed in attacks by elephants between 2014 and 2019, according to data recorded by the Indian government.

In the same period about 510 elephants died, including 333 from electrocution and around another 100 from poaching and poisoning, the figures stated.