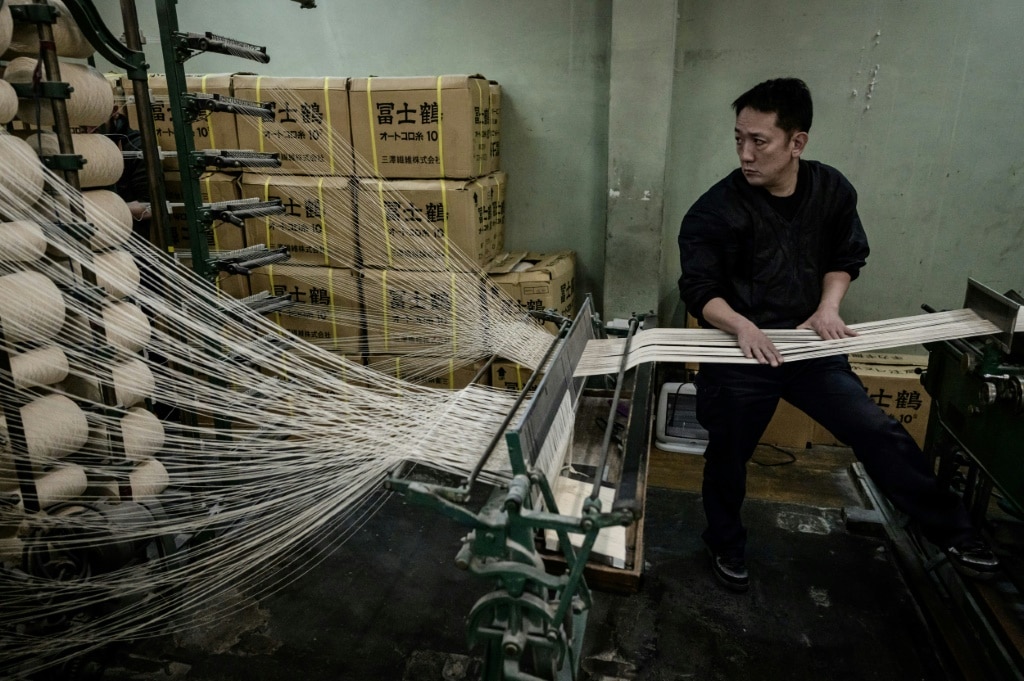 Judo uniforms are made all over the world, but just a handful of suppliers are designated by the sport’s international federation. And of those, just one weaves its own materials.

Founded over a century ago, Kusakura in the western Japanese city of Kashiwara, has stuck with the much more laborious and time-consuming process, handling not only weaving, but cutting and sewing.

But its president Masahiko Miura says the additional work is worth it.

“It’s very hard to describe, it’s not just about machines weaving, there is a soul in it,” he told AFP. 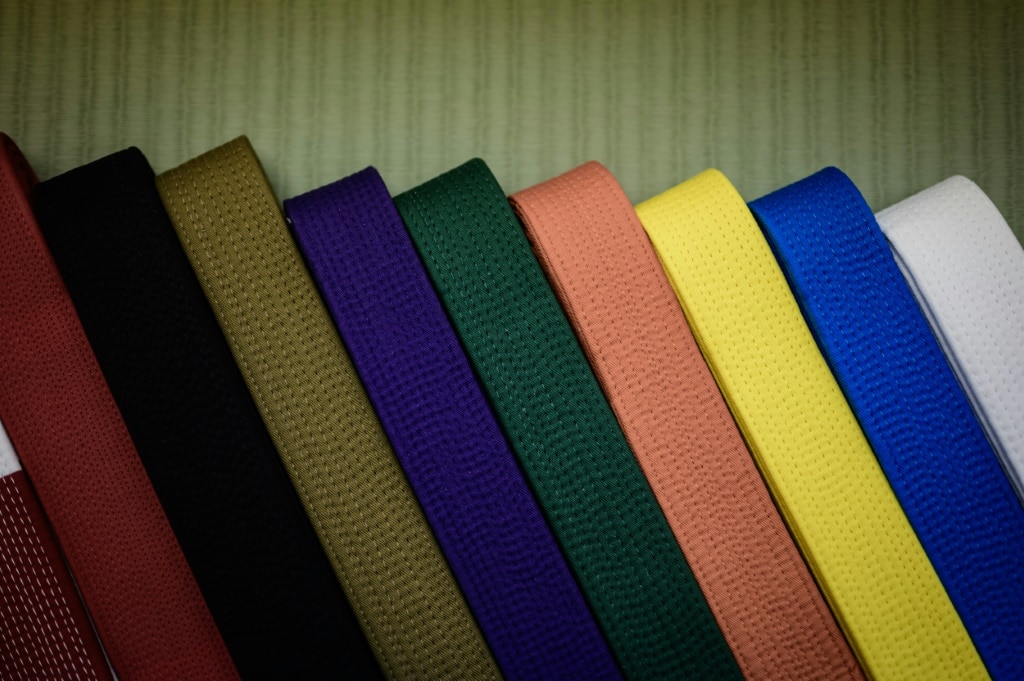 Judo uniforms are secured with a coloured belt

“We’ll never let go of weaving so long as we make judogis.”

The judo uniform, or judogi, comprises a white jacket secured by an obi or belt and white trousers.

At Kusakura, which began as a weaving and sewing company in 1918, the fabrics for the top-of-the-line judogis are woven by decades-old looms with yarn-carrying wooden shuttles that jet across vertical threads.

The venerable machines are part of a long tradition for the firm, but keeping them running is also not easy because the models are no longer produced.

That means Kusakura employees are always on the lookout for spare parts, often scrambling to snatch up pieces if they hear of a textile company closing down.

Production chief Yoshifumi Hayakawa says the fabric woven by the vintage machines stands out, with customers often commenting on its delicate texture.

“We want to keep producing our fabrics with this long tradition for the next 10, 20 or 100 years,” he said.

Once the fabric is woven from cotton, it is handchecked by employees looking for stains or other irregularities, then carefully cut and sewn, with adjustments made down to the order of a single millimeter.

But just 17,000 are made in Japan using fabric from vintage and modern looms. A tiny handful use fabric woven exclusively on the heritage machines. 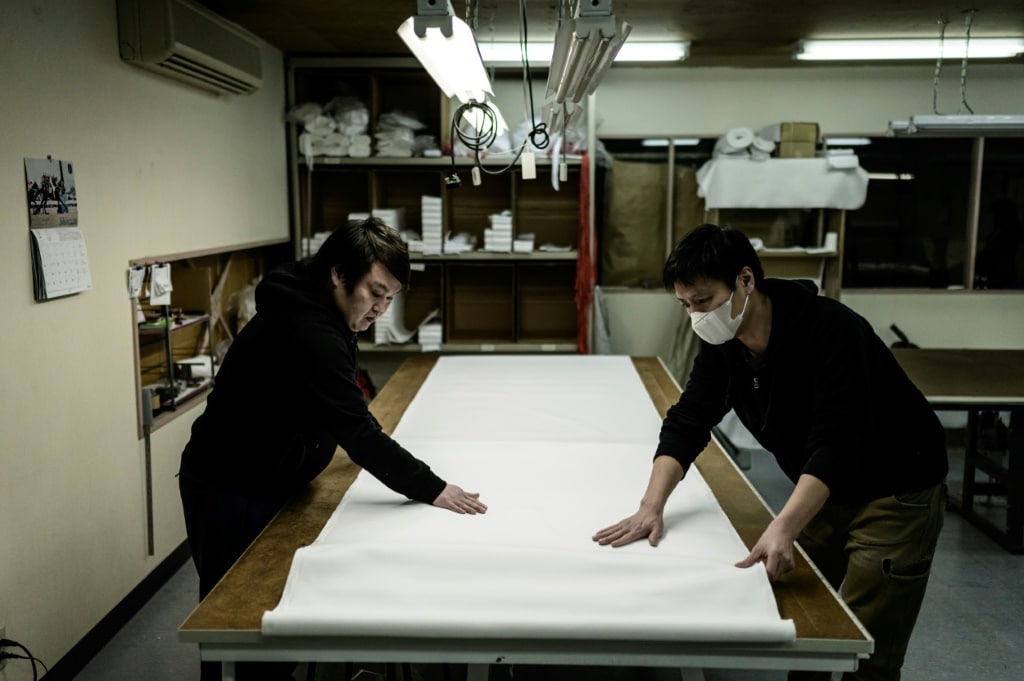 The firm has about 30 percent of the judogi market in Japan and exports to around 20 countries, though the coronavirus pandemic has stalled shipments.

At Kusakura’s Tokyo showroom, dozens of judogis are hung for customers to try, with samples washed at least three times to show how the fabric will shrink.

Many customers want a tighter fit, leaving opponents less material to grab onto, but the International Judo Federation has strict rules on length, width and other details, said Atsushi Ebisawa, who manages the showroom.

Javier Pallejero, a 32-year-old Spaniard visiting the showroom said his ‘sensei’ or teacher wears the firm’s judogi and he finds the uniform lighter than others.

“I hope that during competition it will help me have this lightness and be able to quickly bring out techniques,” he said. 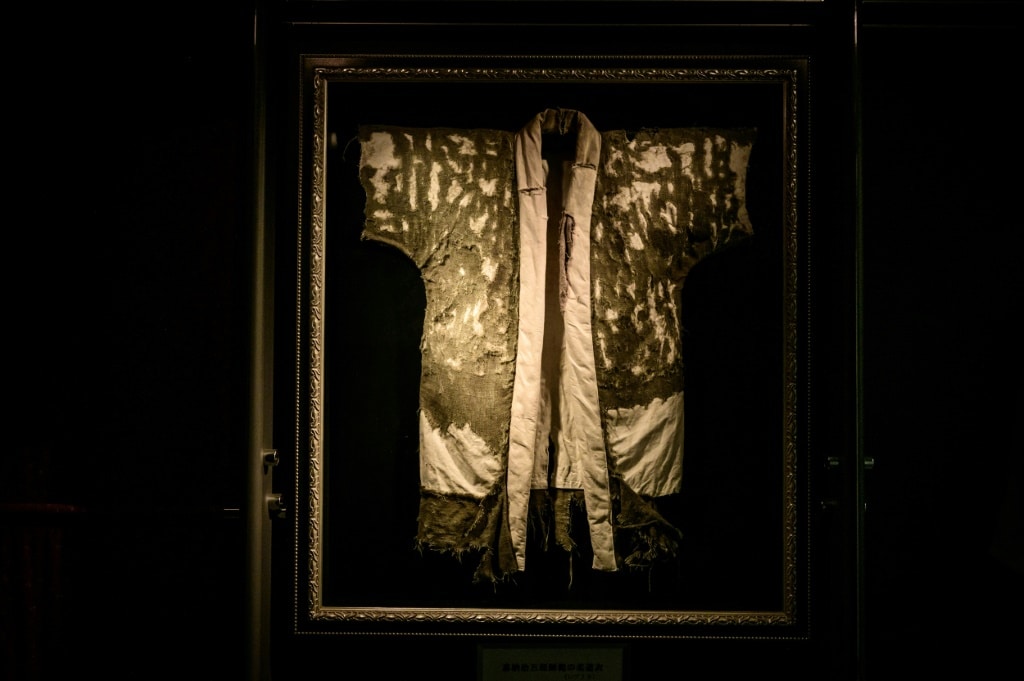 A replica of a uniform worn by Jigoro Kano, the founder of judo, is displayed at the Kusakura headquarters

More than a Sport

For some employees at Kusakura, judogi production and sales is more than just a job.

Veteran salesman Kazunori Ohira, who has practiced judo since he was 10, still swaps his business suit for a judogi — made by Kusakura of course — to teach children judo after work.

He also goes personally to follow up on the sale of judogi to a club at a local high school and watches the children when they participate in tournaments.

“You can’t be sure until you see them in matches if you delivered the right size of judogi,” he said.

“It’s always on my mind… It’s my occupational hazard that I have to go and see the matches.”

Respect is a key plank of judo, and students are expected to show it for their uniforms, as well as the parents who paid for them, and opponents who help them grow stronger, Ohira explained.

“It’s considered ugly to just stride over judogi or an obi laid on the floor,” he said.

“In Japan, judo is still more like a ‘martial art‘ than just a sport.”