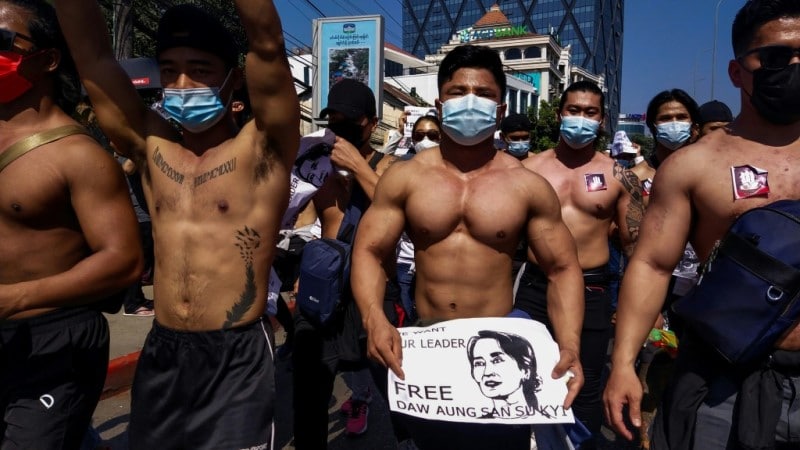 The Myanmar military might have real weapons but some anti-coup protesters have guns of their own — showing off their ripped biceps as they pose with “free Aung San Suu Kyi” posters.

Wednesday marks a fifth consecutive day of nationwide demonstrations in Myanmar after the popular civilian leader was detained and the country returned to military rule after ten years of democracy.

In recent days police have stepped up their use of force deploying tear gas, water cannons and rubber bullets on protesters.

But tens of thousands in Yangon were undeterred from hitting the streets Wednesday, with many demonstrators wearing eye-catching costumes as part of a trend of creative strategies in contrast to the intimidation tactics used by authorities. 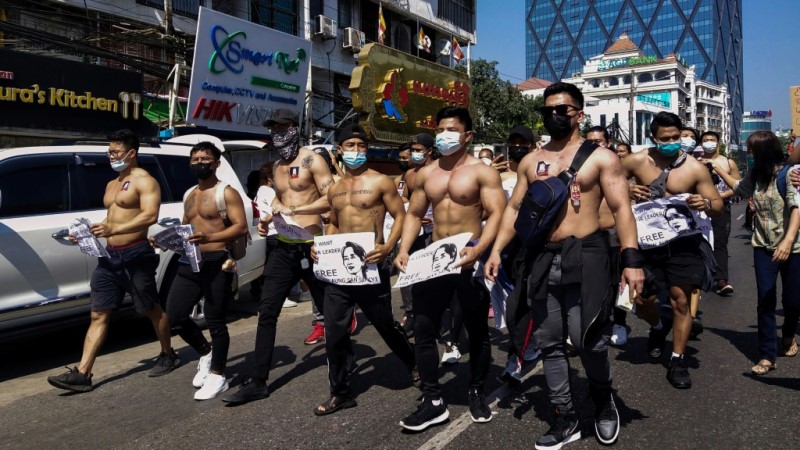 “I do not want military dictatorship at all,” he said in a Facebook post with pictures of him and his mates showing off their six-packs and buff chests.

As well as half-naked men there were women dressed as princesses and beauty queens in tiaras and sashes adding a touch of glamour to the march.

Others wielded brightly coloured parasols to keep the sun off.

We will Protest Cleverly

Another group of women paraded around in taffeta and lace wedding gowns — practical footwear, sneakers peeking out from underneath their hemlines.

“I don’t want a dictatorship I just want a boyfriend,” one woman’s sign said. Batman also made an appearance riding on the top of a car with a poster that read: “Release our leaders, reject military coup, respect our votes.”

Meanwhile, outside the Japanese embassy in Yangon some protesters were lounging around in inflatable swimming pools with protest signs. University student Moe Myat Theingi came up with the paddling pool concept. 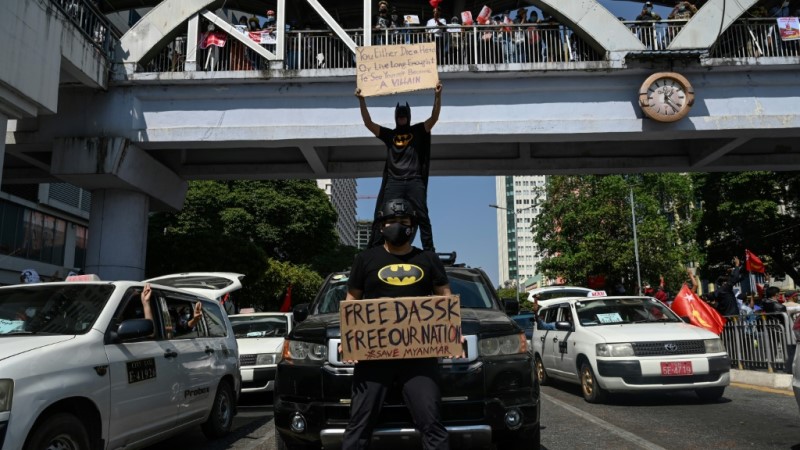 “We are always thinking to be more creative and how to get international attention,” he told AFP.

“Our Generation Z is smart and we will protest cleverly.”

On Tuesday a bride and groom dressed up in their wedding attire and took to the streets hand-in-hand with a sign saying “our wedding can wait but not this movement”. 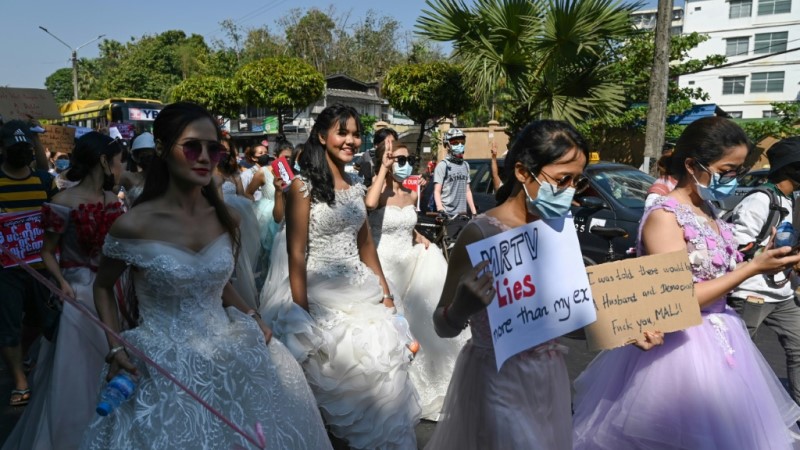 There were also youngsters on rollerblades whizzing around carrying National League for Democracy red flags.

Myanmar youth have also borrowed from the playbooks of young pro-democracy protesters in Thailand and Hong Kong — using social media to spread satirical anti-coup memes to raise international awareness about their country’s plight.