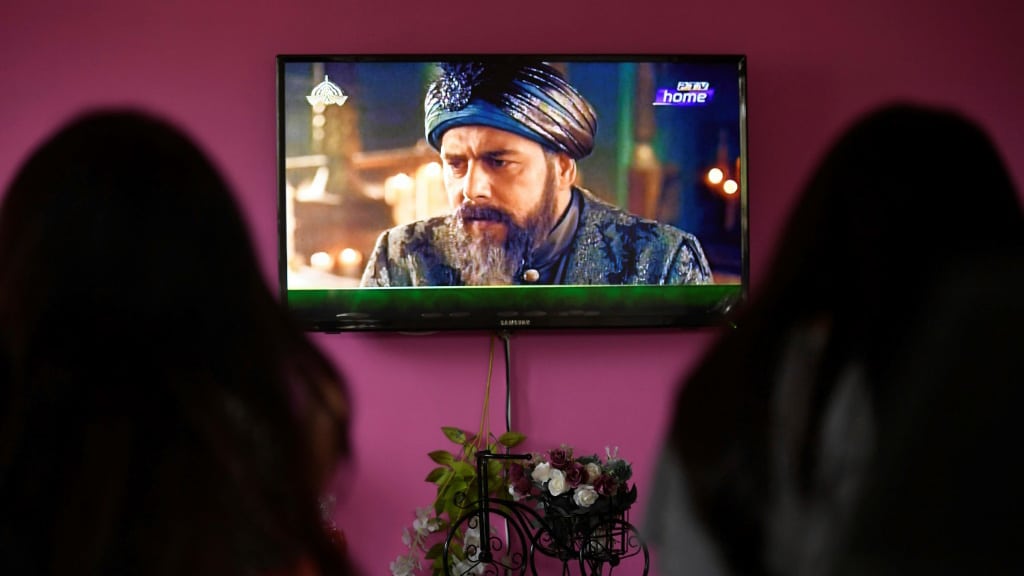 Resurrection: Ertugrul has proved a smash hit in Pakistan

Dubbed the Muslim “Game of Thrones”, a drama about the makings of the Ottoman Empire has sent Pakistan wild this Ramadan, smashing television records but exposing the country’s lack of original content.

The Turkish-made series has earned praise for its focus on historical figures from the Muslim world who have been framed as role models for Pakistani youths, and the Urdu-language version of the show has racked up more than 240 million views on YouTube alone.

“I prefer to watch it with kids, so they can have real-life superheroes instead of fictional ones,” said Hassam Mustafa as he settled down at his Islamabad home to watch the series with his nieces and nephews after breaking his fast.

Resurrection: Ertugrul has gripped audiences with its daring protagonist, cliffhangers and high production values since it began broadcasting on the first day of the Islamic holy month, which is due to end Sunday or Monday.

But with the virus stifling television studios, Prime Minister Imran Khan issued special instructions to the broadcaster to air the series in a bid to boost Islamic culture and values among young people.

“Over here, we go to Hollywood then Bollywood and back again — third-hand culture gets promoted this way,” Khan told a group of YouTubers recently, referring to the influence of foreign shows.

The five-season series tells the story of Ertugrul, the father of Osman I who founded the Ottoman Empire, which ruled parts of Europe, Western Asia and North Africa for more than 600 years.

“The response has been incredible, it’s really great to see how the show is resonating with Urdu speakers around the world,” said Riyaad Minty, digital director of TRT, which produced the series.

PTV said viewership has been unprecedented, with the drama fetching ratings five times higher than average. 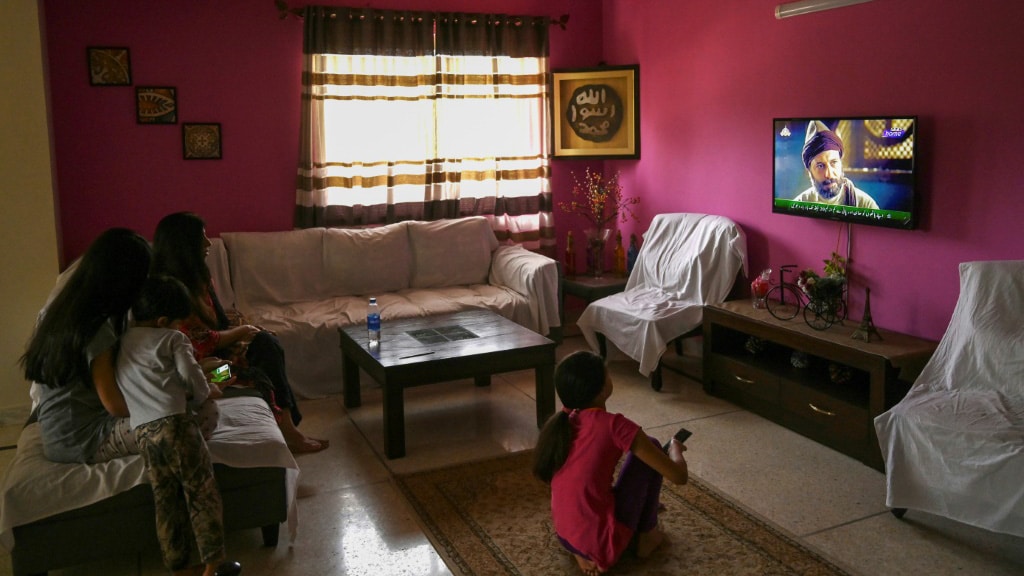 A Pakistani family enjoys the show Resurrection: Ertugrul in the capital Islamabad

Featuring heartthrob heroes, westernized heroines and picturesque scenery, dozens of Turkish soap operas have made it onto Pakistani television channels since 2012.

But a dependence on imported content is a source of frustration for some Pakistani artists, producers and directors who bemoan prime-time slots being given to a foreign show.

PTV once used to produce the subcontinent’s best soap operas but has suffered in the face of rising competition from private channels.

“It is a good opportunity for PTV management to look at themselves, shake their conscience and wonder how they are unable to produce a prime-time drama,” Aehsun Talish, a Pakistani drama producer, told AFP.

The channel has profited from advertising breaks during the broadcasts but experts warn it is on shaky ground.

“It’s a cheap re-run, a temporary filling. If we truly want PTV’s revival we will have to bank on local talent,” Samina Ahmad, a veteran television actress, told AFP.

Turkish television has become a major vehicle of soft power, with viewers in the Muslim world becoming voracious consumers of the country’s soaps.

“There’s strong backing among many in Pakistan for pan-Muslim solidarity, which translates in many cases to support for strong Muslim leaders from Malaysia to Turkey and many places in between,” he said.

Turkey has backed Pakistan on the international stage, particularly in the dispute with New Delhi over Kashmir, and the two nations have enjoyed strong relations.

Egypt, however, fearing Turkey holds a desire to revive the Ottoman Empire and rule the Arab Muslim world, quickly issued an Islamic legal ruling against the hit show.

Saudi Arabia stopped its state broadcaster from airing all Turkish soap operas in 2018.

But Pakistan is set for more Turkish dramas, with the prime minister already lining up another show for screening.

At Mustafa’s home, his nieces and nephews follow the Turk leader’s sword battles with excitement in Resurrection: Ertugrul.

“This historical Turkish drama has provided us with a nice escape from stereotypical Pakistani dramas, which always center on the affairs of ‘saas-bahu’,” he said, referring to relationships between controlling mothers and their daughters-in-law.