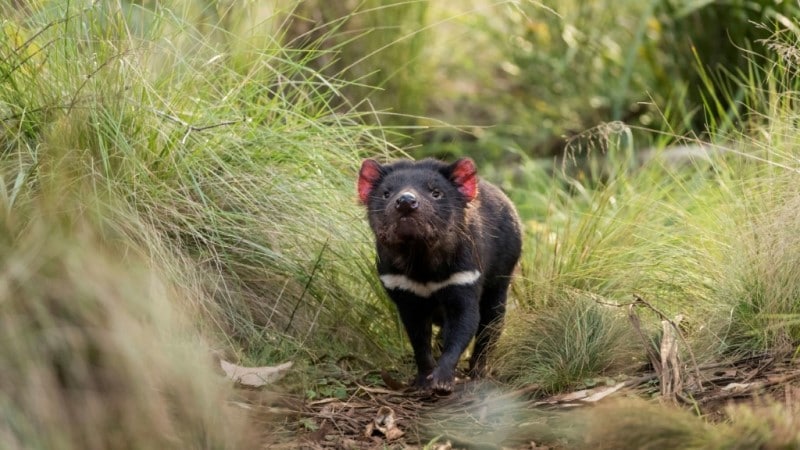 Tasmanian devils have been released into the wild on Australia’s mainland 3,000 years after the feisty marsupials went extinct there, in what conservationists described Monday as a “historic” step.

Aussie Ark, along with a coalition of other conservation groups, revealed Monday that they had released 26 of the carnivorous mammals into a 400-hectare (1,000-acre) sanctuary at Barrington Tops, about 3.5 hours north of Sydney.

Tim Faulkner, president of Aussie Ark, said the “historic” releases in July and September were the first steps in a project akin to the successful move to return wolves to Yellowstone National Park in the United States in the 1990s.

After 16 years of work, including the establishment of mainland Australia’s largest Tasmanian devil breeding program, Faulkner said it was “incredible and surreal” to have reached the goal. 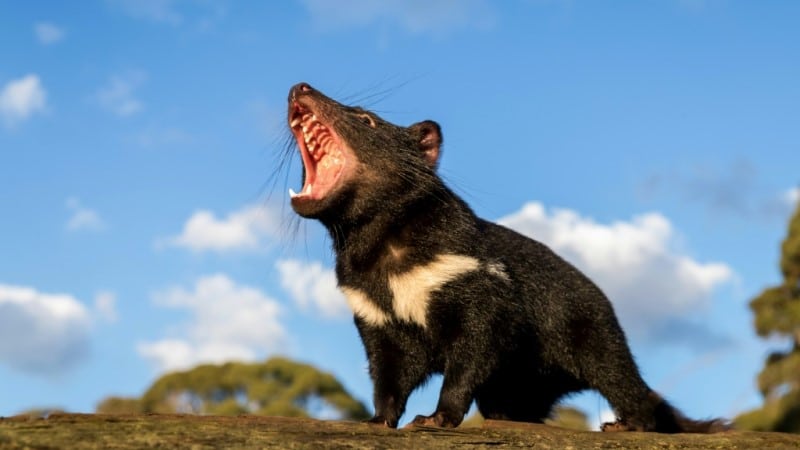 “It’s the stuff dreams are made of,” he told AFP.

“Our biggest native mainland predator is the tiger quoll — and they’re just over a kilo — so to be bringing back something of this enormity is huge.”

Tasmanian devils, which weigh up to 8 kilograms (18 pounds) and have a black or brown coat, typically prey on other native animals or scavenge carcasses.

According to government environmental authorities, devils are not dangerous to humans or livestock but will defend themselves if attacked and can cause serious injury.

The animals — known for their extremely loud growl, powerful jaws and ferocity when confronting rivals over food or mates — are classified as endangered after a contagious facial tumor disease ravaged the remaining population on the Australian island state of Tasmania.

It is estimated that fewer than 25,000 Tasmanian devils still live in the wild, down from as many as 150,000 before the mysterious, fatal disease first struck in the mid-1990s.

On Australia‘s mainland, they are believed to have been wiped out by packs of dingoes — wild dogs native to the vast continent — an estimated 3,000 years ago.

Faulkner said it was hoped the project would create an “insurance population” against the face-tumour disease, which has so far proved untreatable, and help restore the native environment.

“Devils present one of the only natural solutions to the control of fox and the cat, and the fox and cat are responsible for nearly all of our 40 mammal extinctions (in Australia),” he added.

“So there’s more than the devil at stake here.”

Aussie Ark selected the reintroduced devils for their breeding suitability, placing them in the sprawling, fenced area in the hopes of warding off threats to their survival including feral pests, noxious weeds and cars.

“We’ve put young, healthy devils in, we put them in now which gives them the best part of six months to settle, find their territory (and) prepare for breeding” which usually occurs in February, Faulkner said. 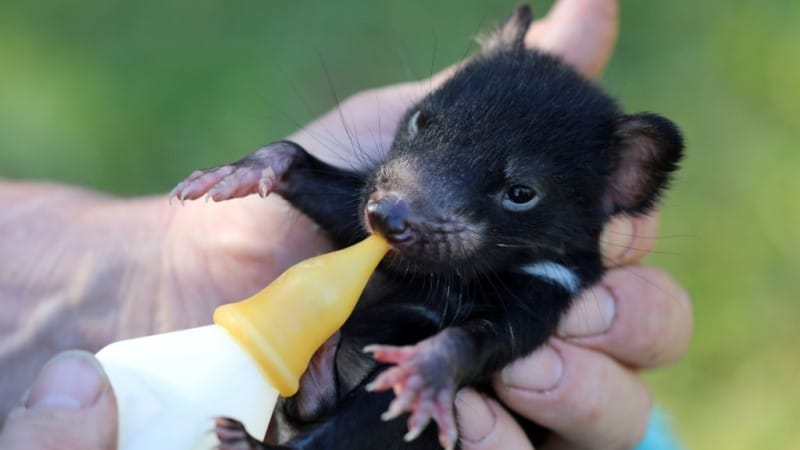 Another 40 are set to be released over the next two years into the sanctuary, which is on land bought by Aussie Ark for its habitat suitability, high number of herbivores and location near a national park.

“The land initially was selected because it’s just like a slice of Tasmania,” Faulkner said.

He said he was confident that close monitoring as the Tasmanian devils make the “massive transition” back to the wild — where they have no supplied food, water or shelter for the first time in their lives — would ensure the program’s early success.

As part of the “ambitious” rewilding scheme, Aussie Ark plans to eventually introduce more of the animals to unfenced areas, where they will contend with a much greater range of new threats including the country’s notorious bushfires.

The Tasmanian devil is one of seven cornerstone species critical to Australia’s ecosystem that Aussie Ark plans to reintroduce to the wild sanctuary in the coming years, along with quolls, bandicoots and rock wallabies.