Thailand to Test 10,000 after Virus Outbreak Linked to Seafood Market 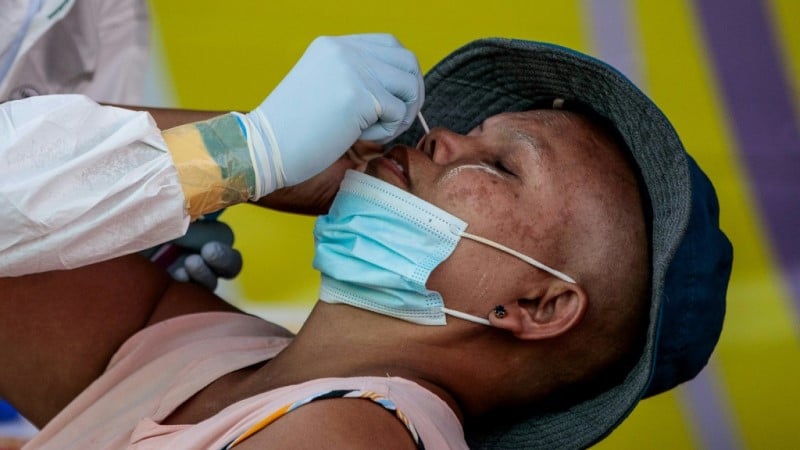 Thailand will test more than 10,000 people for coronavirus after an outbreak linked to its biggest seafood market, officials said Sunday.

Hundreds of infections have been linked to Mahachai market and port since a 67-year-old female prawn seller tested positive on Thursday — most cases among migrant workers from neighboring Myanmar, who toil in the kingdom’s multi-billion-dollar seafood industry.

Authorities ordered Myanmar workers around the market not to leave their residences.

“We are locking and banning them from moving,” said the health ministry’s permanent secretary Kietphgum Wongit, adding that authorities would provide them with food and water.

By Sunday officials had confirmed 689 cases linked to Mahachai.

Disease control authorities “will do active tracing in several communities of about 10,300 people”, said Taweesin Visanuyothin, a spokesman for Thailand’s Covid-19 taskforce.

The testing would be free for migrant workers and continue until Wednesday, he added.

Before the outbreak, Thailand had just over 4,000 confirmed coronavirus cases and 60 deaths — a miniscule toll considering it was the first country outside of China to register an infection.

It shares porous borders with four countries, including Myanmar, which is now seeing more than 1,000 new cases a day.

Bangkok authorities on Sunday announced the closure of schools in districts bordering Samut Sakhon province, where Mahachai is located.

The capital will also step up restrictions on gatherings in public spaces, while foreign workers employed across the city — especially in wet markets and construction sites — will be screened, according to a Facebook message posted by Bangkok’s governor.

Images shared earlier in the day by Thai media showed crowds of masked workers lined up shoulder-to-shoulder in Samut Sakhon province as they waited to get tested.

He said anti-Myanmar sentiment had been shared on social media — with Thais accusing the workers of importing the highly infectious disease.

“Myanmar migrants are feeling uneasy as well… we are just trying to calm each other down,” he told AFP.