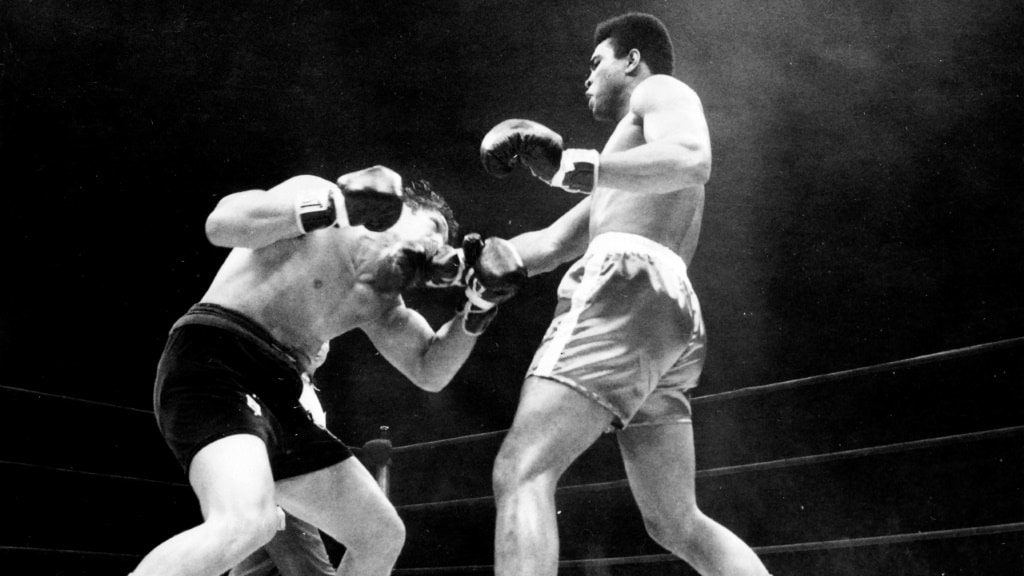 When Muhammad Ali survived 14 brutal rounds with Joe Frazier in the ‘Thrilla in Manila’ 45 years ago, it wrote a page in boxing folklore but left both men forever diminished.

Fought in the Philippines‘ stifling daytime heat, with barely functioning air conditioning, Frazier was beaten nearly blind and Ali was on the verge of surrender.

In the end, it was Frazier’s trainer who threw in the towel to hand Ali victory on October 1, 1975, settling their head-to-head 2-1. But the fight came at a cost to both men.

“Ali and Frazier would never be the same again, after pouring and spending practically all their power and durability in Manila,” said Recah Trinidad, a Philippine boxing columnist.

“The fighters went to destroy, not merely to outfight each other,” he added.

Ali, who had beaten George Foreman in the ‘Rumble in the Jungle’ in Zaire a year earlier, came into the fight at 33, his best years well behind him.

They battled inside the 25,000-seat Araneta Coliseum with such ferocity that spectators including Imelda Marcos, wife of then-Philippine dictator Ferdinand Marcos, were spattered with blood.

“It was like death. Closest thing to dyin’ that I know of,” Ali later said of the bout. 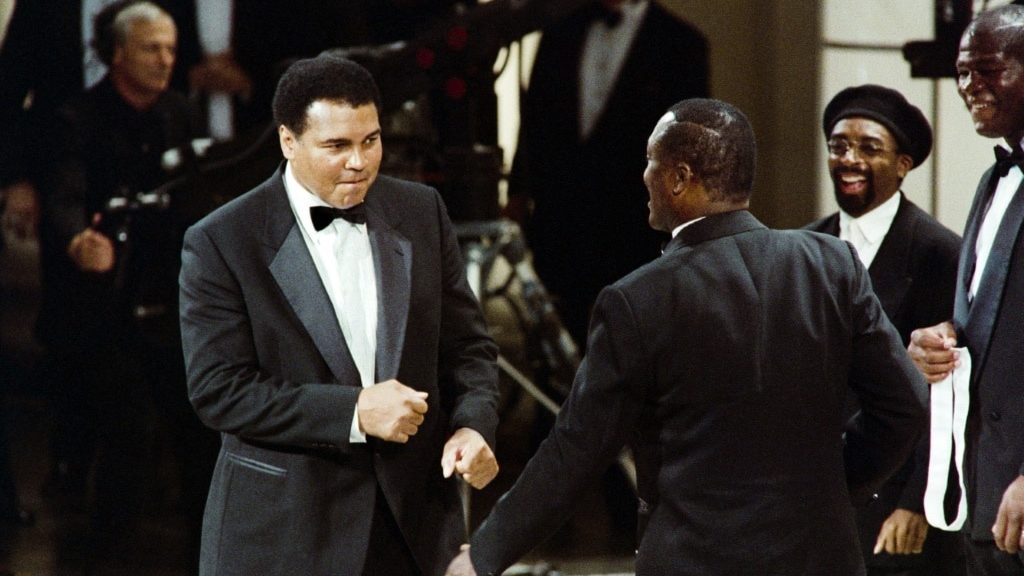 Ali set an acrimonious tone in the weeks leading to the fight, enraging Frazier, 31, by likening him to a giant ape.

“It’s gonna be a thrilla, and a chilla, and a killa, when I get the gorilla in Manila,” Ali boasted, coining the nickname that still resonates today.

On fight day the momentum swung back and forth between the men, who were in their third and final match-up. 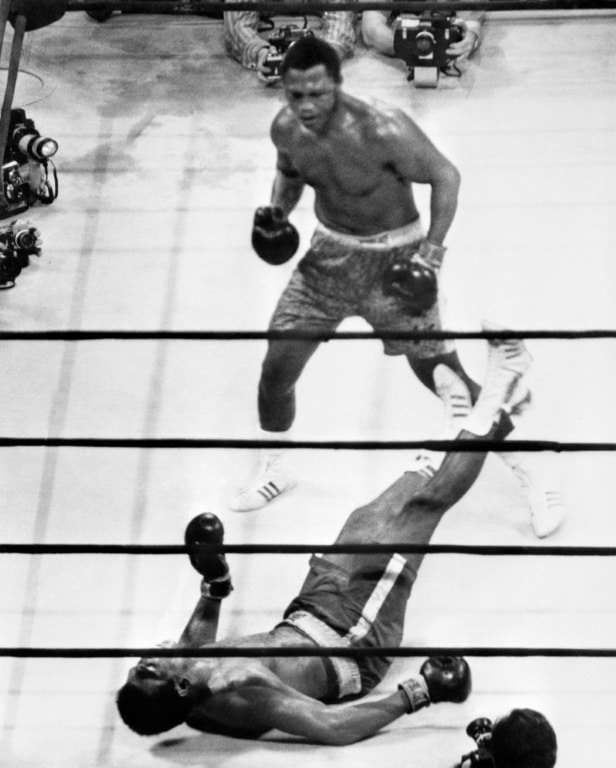 Joe Frazier had beaten Muhammad Ali in their first meeting, the ‘Fight of the Century’ in 1971

The fight in the tropics was staged in the daytime to suit US television audiences, but the crowd and TV lights overwhelmed the air-conditioning.

“At 125 degrees — we were fighting each other (as well as) against the heat,” Frazier said in the 2008 documentary “Thrilla in Manila”.

Ali’s blows had swollen Frazier’s right eye nearly shut, and he was nearly blind in his left due to a training injury.

His face soaked in blood, Frazier argued with his trainer Eddie Futch to let him come out for the 15th round, but Futch stopped the fight.

Later, it was revealed that Ali himself wanted to quit.

His biographer Thomas Hauser told the 2008 documentary that at the end of the round an Ali cornerman heard the champion telling trainer Angelo Dundee to “cut ’em (gloves) off”.

“Round 14 was the closest I’ve seen somebody come to killing somebody,” Ali’s fight doctor Ferdie Pacheco told the documentary makers. 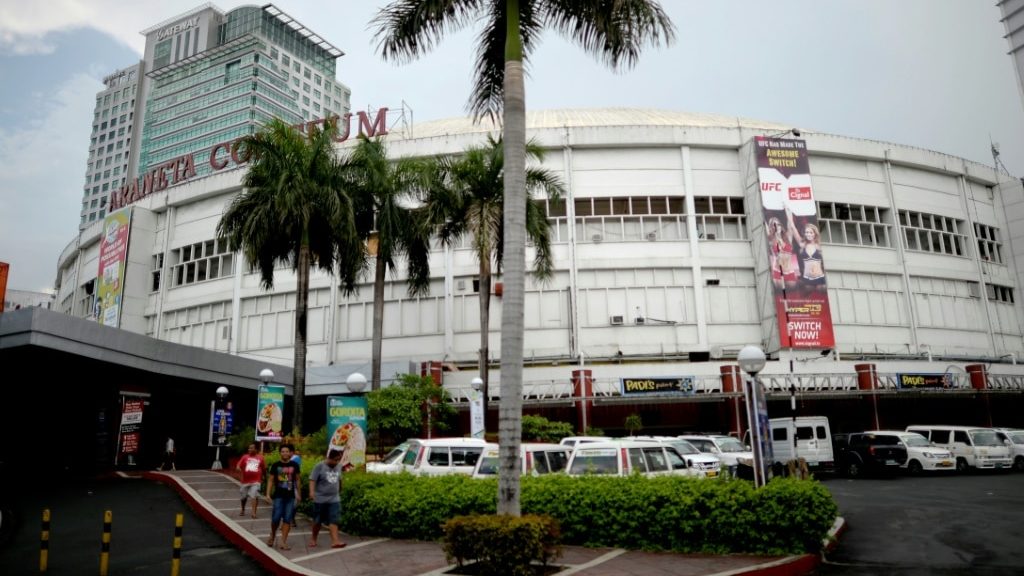 Araneta Coliseum, where the ‘Thrilla in Manila’ took place

But after the Thrilla, “both men were never the same again”, said Nick Giongco, a sports analyst at the Manila Bulletin.

He said that although Ali would defend his world title a further six times, and regain it in a rematch after losing to Leon Spinks in 1978, the self-styled “Greatest of All Time” never fully recovered from the “brutal beatdown” Frazier had inflicted.

Ali would finally hang up his gloves in 1981 aged 39, following consecutive losses to Larry Holmes and Trevor Berbick. He retired with a win-loss record of 56-5.

The “Louisville Lip” died nearly four years ago after a long battle with Parkinson’s disease.

“Smokin’ Joe” (32-4-1) fought only twice more after the Manila epic, being stopped by Foreman for a second time in 1976 before coming out of retirement five years later to draw with the unheralded Floyd Cummings over 10 rounds. Frazier died in 2011.