South Korea Gives US Baseball Exiles a Chance to Shine 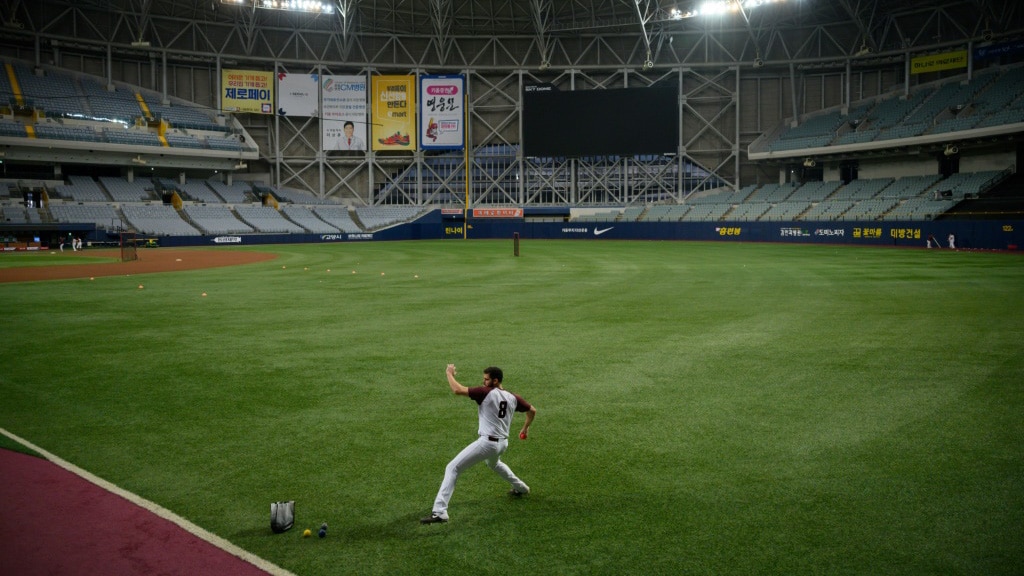 South Korea’s baseball season will go ahead behind closed doors

Years after giving up on their dreams of Major League stardom, the coronavirus pandemic is offering journeymen US baseball players in South Korea a moment in the spotlight.

Korea Baseball Organization (KBO) clubs have more than 20 Americans on their books who were only ever marginal MLB players, or never made it to the big time at all.

But soon they will be among only a few professional athletes in competitive action anywhere in the world, with almost all sporting leagues on hold in the face of the virus.

South Korea once had the largest outbreak outside China, where the disease first emerged, but appears to have brought it under control with an extensive “trace, test and treat” program.

And the delayed baseball season — the country’s most popular spectator sport, after being brought to the peninsula by US missionaries — will start next Tuesday, albeit behind closed doors. 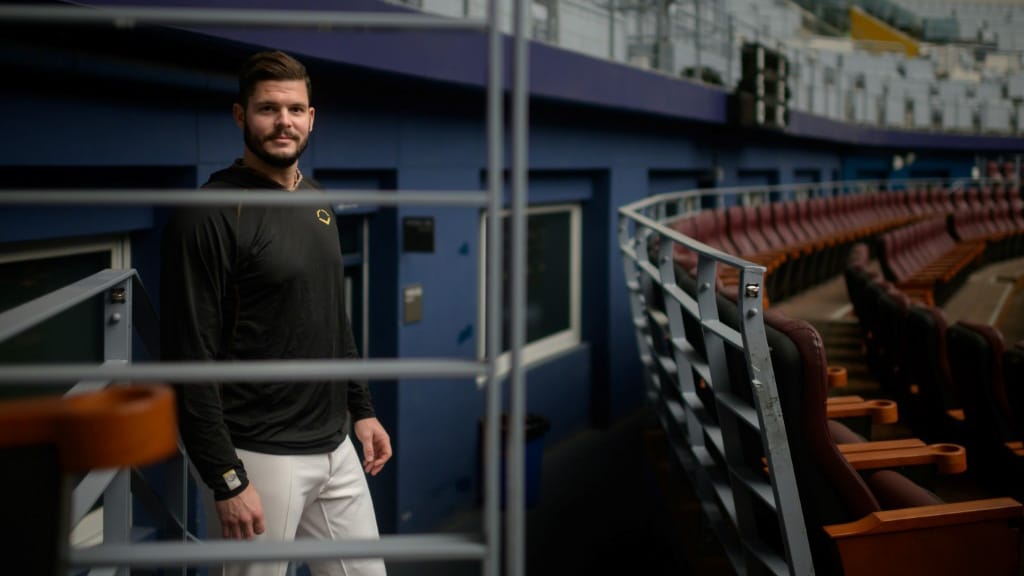 In a world where sports fans are starved of live action, sports channel ESPN is in negotiations for broadcasting rights.

That could give players like the Kiwoom Heroes’ pitcher Jake Brigham a chance to shine.

“I’m 32 years old,” he told AFP. “I definitely have more baseball behind me than in front of me but to get that exposure would be nice.”

After a decade in the minors, Brigham was finally called up by the Atlanta Braves in 2015, but pitched only 16.2 innings, with an abysmal earned run average of 8.64.

He sought refuge in Japan before being scouted by his Seoul-based team and has spent three seasons as their starting pitcher, racking up 34 wins and becoming their biggest foreign star — his 2020 contract is worth nearly a million dollars.

He never really had an opportunity to “stick year after year” in a big league, he said, but the KBO had proved a “great” opportunity.

With US coronavirus cases approaching one million and the entire MLB season under threat, former teammates were “jealous” of his chance to play, he added.

“The thought of having no baseball season back home is hard to even comprehend… but that’s the situation we are in right now.” 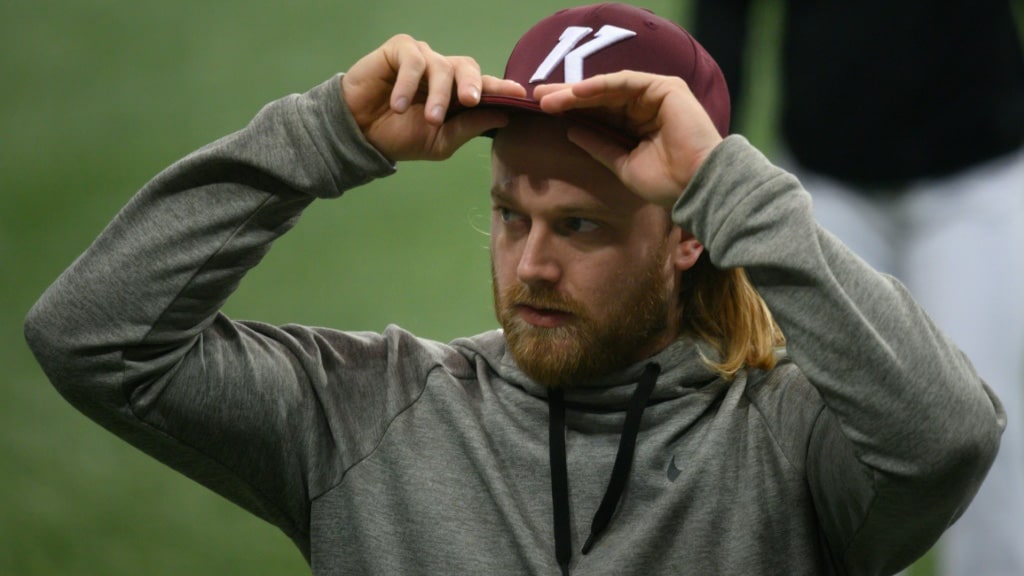 Taylor Motter said rules against spitting were hard to take

The KBO is made up of 10 professional clubs, all of them named for the conglomerates that own them rather than their home cities.

The Heroes are an exception, founded by businessman Lee Chang-suk — who was jailed for embezzlement in 2018 but remains the largest shareholder — and changing their name according to their main sponsor.

South Korean baseball is renowned for the passion of its fans, who sing and cheer relentlessly no matter the score “from the first pitch to the last pitch”, as Brigham put it.

Empty stadiums will be a marked contrast, he adds. “To not have them (fans) here is really really gonna hurt everyday games.” 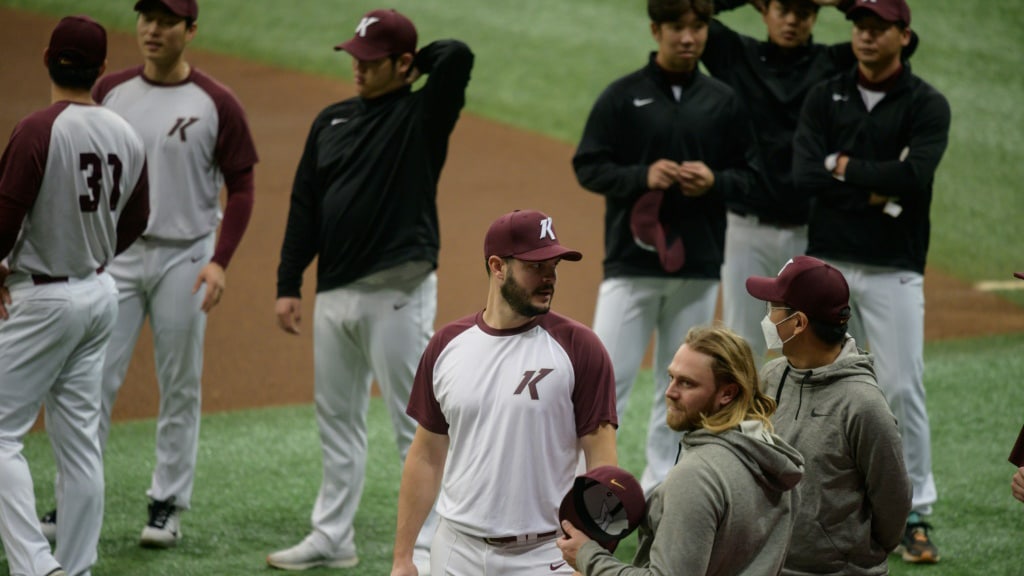 Most baseball, and other professional sports, are suspended because of the coronavirus

In Taiwan professional baseball restarted earlier this month with cardboard cut-outs of spectators filling the stands, but livestreams have drawn US fans despite them having to wake up in the middle of the night to watch.

Other restrictions have been imposed by the KBO: players must have their temperature checked twice before the games, and umpires are required to wear facemasks.

And while the players are allowed to have their faces uncovered while on the field or in the dugout, they are banned from spitting — a rule that outraged Heroes infielder Taylor Motter.

Motter played for the Tampa Bay Rays, Seattle Mariners and Minnesota Twins in a three-year MLB career from 2016, hitting 10 home runs with a batting average of 0.191.

Never quite good enough to secure regular starts, his search for action has taken him to Venezuela, Mexico and the Dominican Republic as well as South Korea.

“I am not saying I was a star over there by any means cause I wasn’t,” he said of his time in the MLB.

“I was a bench player who came off the bench to play. I came here to kind of get back to be that player that I thought I could have been.”