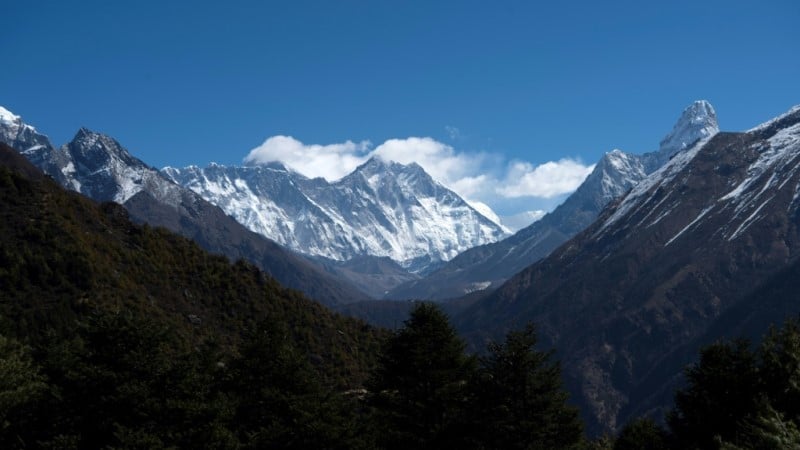 A Norwegian climber hoping to summit Everest confirmed Thursday that he has tested positive for Covid-19, in a blow to Nepal’s hopes for a bumper mountaineering season on the world’s highest peak.

The pandemic wiped out last year’s season but Nepal has eased quarantine rules in an effort to attract more climbers despite the difficulties of treating them if they contract the virus.

“My diagnosis is Covid-19,” Erlend Ness told AFP in a Facebook message. “I’m doing ok now… The hospital is taking care (of me).”

Ness was evacuated from the slopes by helicopter and taken to a hospital in the Nepali capital Kathmandu after spending time at Everest base camp.

Norwegian broadcaster NRK, which interviewed him, reported that a sherpa in his party had also tested positive.

“I really hope that none of the others get infected with corona high up in the mountains. It is impossible to evacuate people with a helicopter when they’re above 8,000 meters,” Ness told NRK.

Breathing is already difficult at high altitudes so any outbreak of disease among climbers presents major health risks.

“The plan was to get fast high up in the mountains to make sure that we wouldn’t get infected… I’ve been unlucky and I could have done more by myself when it comes to sanitary precautions,” Ness added.

One hospital in Kathmandu confirmed it had taken in patients from Everest who had contracted coronavirus but could not give a number.

“I can’t share the details but some evacuated from Everest have tested positive,” Prativa Pandey, the medical director at Kathmandu’s CIWEC Hospital, told AFP.

But Mira Acharya, a spokesperson for Nepal’s tourism department, said it had so far not received any reports of Covid-19 among climbers.

“A person was evacuated on April 15 but we were informed that he is suffering from pneumonia and is being treated in isolation. That is all the information we have received,” she said.

Dawa Steven Sherpa of Asian Trekking said everyone at base camp was concerned.

Nepal has issued 377 permits this year to climb the mountain, and the final number is expected to exceed the 381 handed out in 2019.

A city of tents hosting hundreds of foreign climbers and support staff is fast growing at the foot of Everest and other peaks in the area.

In recent seasons Everest has seen a surge in the numbers of climbers making attempts to summit the slope, leading to overcrowding that has been blamed for multiple deaths.

Eleven people died climbing the world’s highest peak in 2019, with four deaths blamed on overcrowding. On one day 354 people were lined up to reach the top from Nepal’s southern side and Tibet’s northern approach.

To ease the crowding Nepal’s tourism ministry has announced rules capping the number of people who can summit the mountain per window of suitable weather.

Expedition organizers have been told to send teams up the peak strictly in accordance with permit numbers or limit the number of climbers going up at one time.

“The decision… (was) taken after consultation with expedition organizers and other stakeholders concerned,” Acharya said.