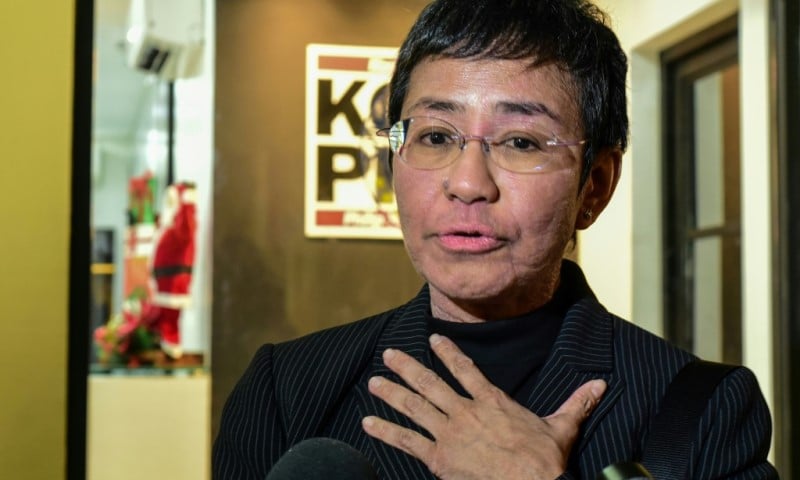 Maria Ressa: ‘An example for many journalists’

The UN’s cultural agency on Tuesday awarded its annual press freedom prize to Philippine journalist Maria Ressa whose reporting has made her a target of her country’s judiciary and online hate campaigns.

She has been involved in many international initiatives to promote press freedom, and arrested several times “for alleged crimes related to the exercise of her profession”, UNESCO said.

She has also been subject to a sustained campaign of gendered online abuse, threats, and harassment, the agency said in a statement.

At one point she received an average of over 90 hateful messages an hour on Facebook, it said.

“Maria Ressa‘s unerring fight for freedom of expression is an example for many journalists around the world,” jury chair Marilu Mastrogiovanni said in the statement.

“Her case is emblematic of global trends that represent a real threat to press freedom, and therefore to democracy,” Mastrogiovanni said.

Ressa, who is 57, was in court last month to deny charges of dodging taxes as authorities continued a crackdown against the country’s independent media.

Rappler was three years ago branded a “fake news outlet” by Duterte and Ressa has since been the subject of at least 11 investigations into her business.

She said the legal cases are payback for her criticism of the president’s policies including his war on drugs that has killed thousands of people.

She became Time magazine Person of the Year in 2018.

Last year Ressa was convicted of cyber libel by a Manila court but is free on bail pending an appeal in a case that could see her handed six years in jail.

Other cases against her are pending.

Duterte has faced international calls to drop all charges against the veteran reporter, with rights groups saying they amount to state harassment. But the pleas have fallen on deaf ears.