At twenty-one years old, Ma. Ahtisa Manalo is one of the Philippines’ youngest and most influential beauty queens. The multi-hyphenated beauty shares her love for beaches, her cats, and most importantly, clocking in extra sleep. 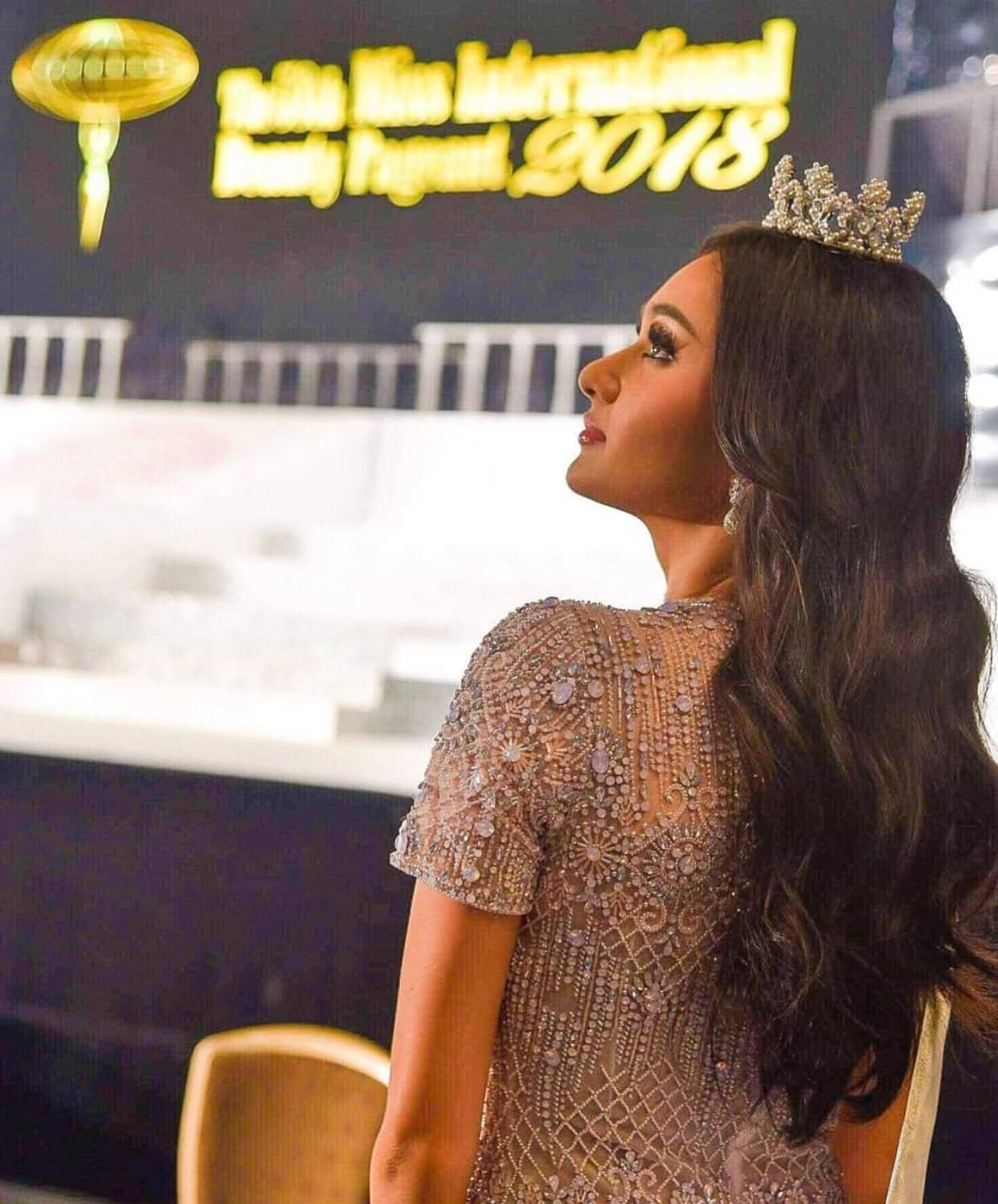 Ahtisa sits on a wooden bench facing the Pacific Ocean in a sleepy beach town in Mindanao, Philippines. The now-model is clad in a breezy yellow dress, her feet free of slippers, face devoid of make-up. Without her army of the glam team behind her, she almost looked just like any other girl on a vacation.

Manalo exceeds expectations in all aspects. Having done huge campaigns for the biggest brands in the Philippines and a heavy social media follower count to boot, she’s the exact opposite of what you’d expect her to be. On this day, she is simply Ahtisa, taking a break in one of her favorite slices of paradise.

“If I’m not in Manila, I’m usually in Australia. But even when I’m there, going to the beach isn’t even the first thing on my priority list because I’m usually there to check my business.”

But even in a beach town, it’s hard to miss Ahtisa in her laidback outfit.

“I do enjoy dressing up, but it’s always comfort before style for me. That’s why I always pack wrap dresses, and light shorts, and skirts” she said as she flashes a smile, probably remembering the night before when she accidentally ripped her skirt’s slit all the way up when she rode a motorcycle. “I’ll remember to pack safer outfits and bikinis next time.”

But even before her stint as a beauty queen, she has already established a strong sense of personality and style. Growing up with her boy cousins, Ahtisa loved playing with toy guns, cars, and soldiers. She even detested dolls. Ironically, she is now dubbed as the Pambansang Manyika or Philippines’ national doll.

With her svelte figure, doe eyes, button nose, glowing skin, and sweet voice, it’s hard not to see why. Don’t be fooled, though. This girl may look like a princess, but her unique brand of versatility allows her to connect with all kinds of people and gain their trust.

With every lesson she has learned as a beauty queen, a public figure, and a businesswoman, she has deepened her poise and found the confidence to accept new experiences – which includes eating a friend’s boodle birthday dinner on a surfboard, manicured nails be damned – showing that she is every inch of a fierce and adventurous young woman: accomplished, yet constantly in search for the authentic experiences.

When asked if she thinks about all the attention she’s getting, she didn’t even let the question finish. She chimed in, “no.” 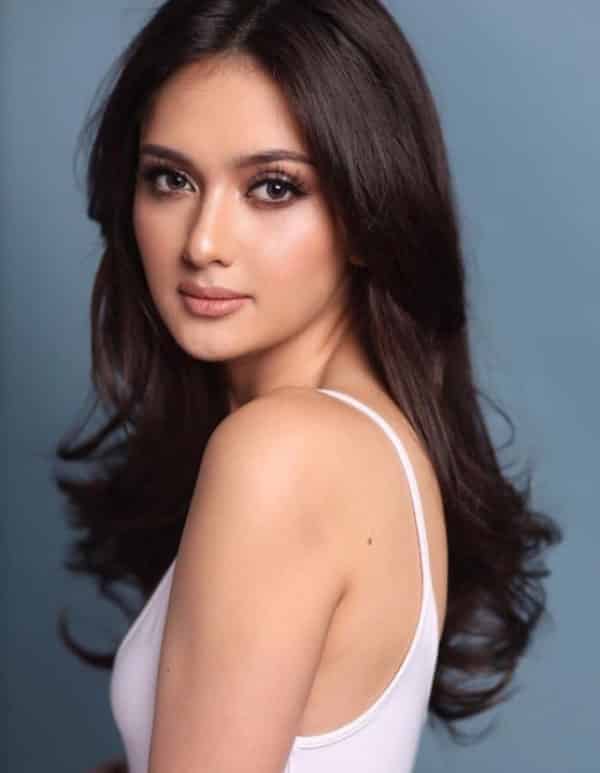 Unlike other A-listers, you can immediately tell her deeply-rooted sense of privacy. At times when other people want to take out their phones to take an Instagram photo, she would be content sitting in the background. Perhaps it’s not just evasiveness that stems from her; she just doesn’t want her phone to take charge of her life. And this is one of the things that further intensifies her magnetism.

In hopes of bringing her closer to her fans, Ahtisa shares intimate tidbits of her life with Breaking Asia.

Having won her Miss International Philippines title at only 20 years old, Ma. Ahtisa Manalo is obviously more mature than other girls her age. Before she was crowned as the pageant-crazed country’s youngest queen of 2018, she had just gotten her Accounting degree from a university in her home province of Quezon.

“I think it just opened a lot of opportunities for me. I’ve met people that I never would have met if I didn’t join Binibini (referring to Binibining Pilipinas), so I’ve made connections with people who can help me with everything. That’s really what stands out most when I think what I got from being a beauty queen,” she shared. She understands that the monumental night on February 2018 where she was crowned changed her life.

Now, she brushes shoulders with international talents including designer including Michael Cinco, who made her gown during her Miss International stint, and when she passed over her crown during Binibining Pilipinas 2019.

“Wow, what a dream. It was so unbelievable to wear his masterpieces. I’ve been looking up to (Michael) ever since because of his brilliant craftsmanship, and I was very fortunate that Mama J (her trainer) introduced us.” 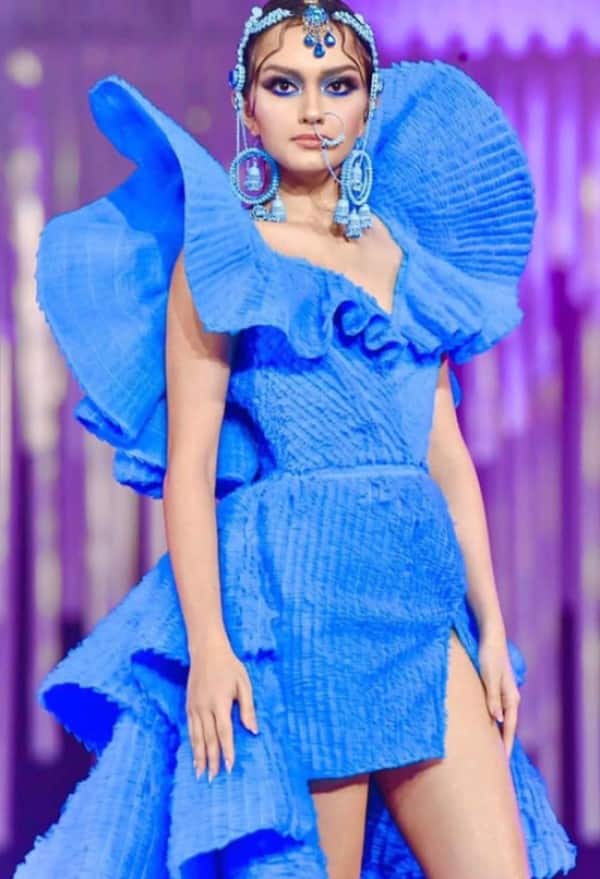 All they see is the glamorous night where a girl in a beautiful gown goes home with a crown on her head. Pageants are actually hard work. We have to make a lot of effort to get to the stage

When asked if she had always wanted to be a beauty queen, she confessed that she initially wanted to be a police officer. Admittedly, she joked that it’s hard to imagine herself clad in a blue uniform with a gun on her hip.

“I just wanted to become one of Charlie’s Angels, to be honest,” she said, adding that she applied for the Philippine National Police Academy, but backed out when her family disapproved.

So how did her dream switch from being a police officer to a beauty queen? Ahtisa states that she was actually just “heavily encouraged” by her friends and family to participate in a university pageant. Looking at her distinct mestiza features, it’s not hard to miss why.

It turns out, Swedish, Finnish, and Filipino genes mix very well together. The 5’9” beauty queen found herself joining her province’s local pageant, where she was crowned Queen of Niyogniyogan. She then participated in national pageants including Reyna ng Aliwan (Queen of Festivals.)

Since her pageant career started, there’s absolutely no denying that her doll-like features fit perfectly with Japanese-based pageant Miss International, where she ultimately placed 1st runner up.

In this interview, the shy beauty queen shares her celebrated journey to the pageant world.

Just like other Southeast Asian nations, the Philippines love beauty pageants. Why do you think Filipinos love pageants very much?

“I think it’s because of our culture. We were colonized by Spain for 333 years, and Spain used to hold pageants before to see who looked like saints and the Virgin Mary. That’s where it all began. Although that element has been removed, there’s no denying that beauty competitions have become ingrained to our culture.

Do you think it’s also because Filipinos love entertainment so much?

“Oh, yes. That’s true. In a third world country like ours where life is hard, people always love to look at ways to be entertained. Let’s not forget that beauty pageants are also lively shows filled with lights, music, and a lot of fun.”

While there are people who love pageantry, there are also ones who think it’s only based on appearance. What’s your take on that?

“People who say those things actually don’t know what goes behind the scenes. All they see is the glamorous night where a girl in a beautiful gown goes home with a crown on her head. Pageants are actually hard work. We have to make a lot of effort to get to the stage. In my case, I trained with Aces & Queens (a pageant camp) for two years. During that time, I learned how to do my own makeup, make an impression on stage, and style myself.”

Let’s also not forget that beauty queens have now gone way beyond the usual stereotype where they simply act as mannequins and poster girls. Now, the queens are becoming more focused and advocacy-driven.”

You’ve made a mark in both the local and national pageant stage. What was your inspiration?

“My family. They really love seeing me on television and on the stage. So when I see them happy, it really makes me smile. Everything I do is because of my family,” she smiled. Being the private person that she is, Ahtisa seldom talks about her family life.

What was the hardest part of your journey in being a beauty queen?

“I love sleep (laughs), and ever since I started, there have been so many early days and long nights. There are days when I’d get a very early call time, wake up three hours in advance to get my hair and make-up done, then my entire day would be taken up by events. I think that’s really the hardest part.”

“Of course, I’m not complaining. The jobs that I do enable me to support myself and the people I love, and do my passion which is to volunteer.”

Speaking of volunteering, you’ve done that since you were young. Do you consider that your advocacy?

“Ever since I was in college, I’ve always loved to volunteer in my free time. For animals, the elderly. I really wish to inspire the same thing to other people. The joys volunteering gives me is something I can’t explain, but it fills my heart. I hope others could experience that, too.”

Do you ever get pressured from all the media attention that you’re getting?

“Pressure, yes. But I’ll never get used to it because I’m such a private person. So even there’s media attention, especially in social media, kiver lang ( I don’t mind it).” 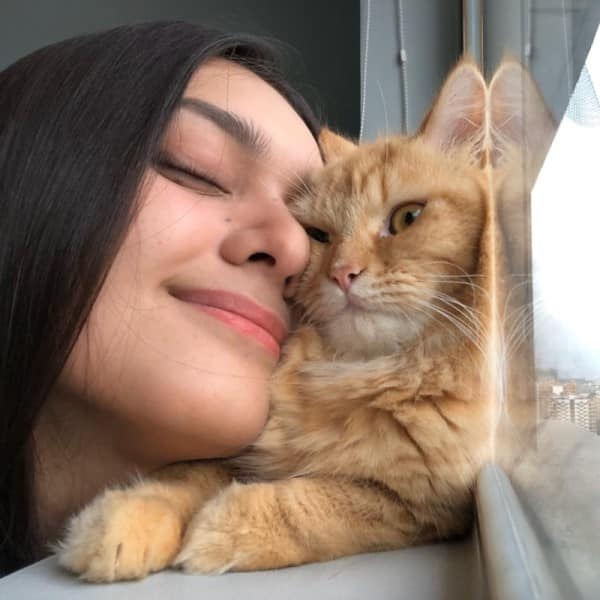 How do you give yourself time to recharge and relax?

“I go to the beach! Just like today. I’m a very simple girl. I just like sleeping, really. I want to be in a dark room – a dark and cold room, to be exact. Then, if I wake up, I watch the TV, eat, read a book, play with my cats, then sleep again.”

We heard you’re quite the animal lover. Care to tell us about it?

“I have 70 cats. Maybe I’ll end up as a crazy cat lady, but that’s not really a bad thing. Our home in Quezon is pretty much like an animal shelter. I have a few cats in the city as well.”

More Than a Beautiful Face

The girl from Candelaria, Quezon has really come so far. But she knows she didn’t win for being beautiful. She got her title because she was strong, ambitious, and determined.

On days where she’d break off from the continuous streak of sparkly couture gowns, she stands out best. With her no-fuss approach to life, it’s no wonder why she became the darling of the crowd that she is. 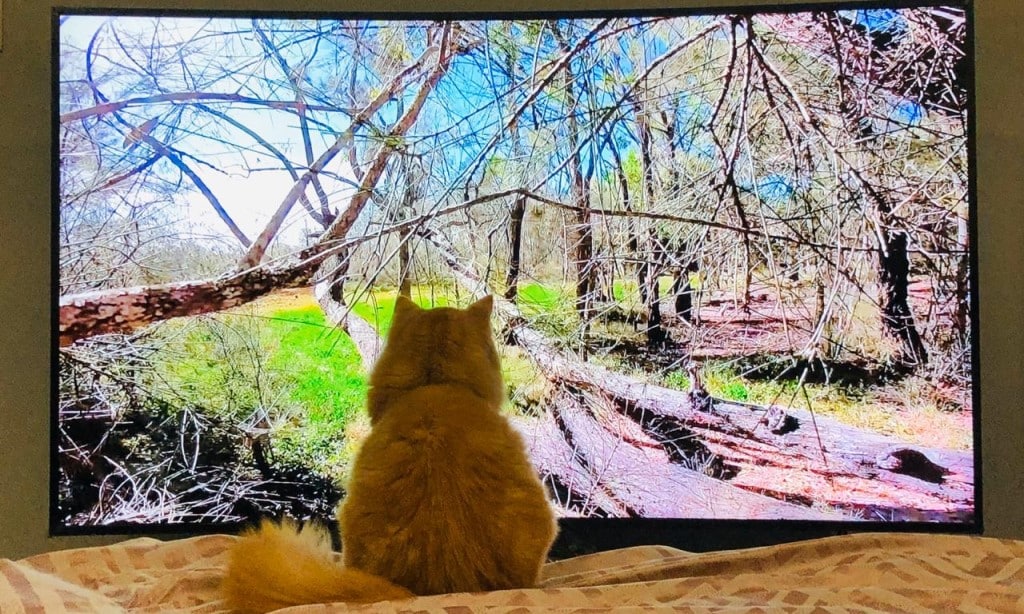 We  wish her the best luck on getting some sleep