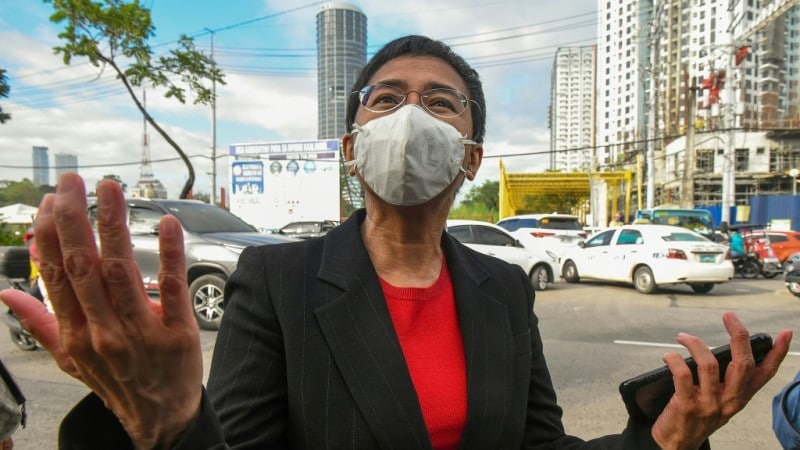 Veteran Philippine journalist Maria Ressa has had a cyber libel charge against her dismissed, lawyers involved in the case said Tuesday, in a rare legal win for the key critic of the country’s President Rodrigo Duterte.

Ressa, the chief executive of news website Rappler, was earlier convicted in another cyber libel case last year, but remains free on bail pending an appeal in a case that could see her handed six years in jail.

“I’m glad to hear good news. I look forward to seeing the rest of the cases against me and Rappler dropped in the future,” Ressa, a former CNN correspondent and 2018 Time magazine Person of the Year, said in a statement.

The earlier libel case stemmed from a complaint made by Manila businessman Wilfredo Keng in 2017 over a Rappler story five years earlier about his alleged ties to a judge on the nation’s top court.

A formal complaint by Keng over a 2019 Ressa tweet sharing a screenshot of a 2002 story published by another Manila newspaper about him led to the second cyber libel charge.

Lawyers for both camps told AFP Tuesday a Manila court dismissed the second cyber libel charge after Keng said he was no longer interested in pursuing the case and in taking the witness stand.

“The private complainant has decided not to prosecute the civil aspect of the instant case, and is categorically waiving, and renouncing any claim for damages that may have arisen from the Twitter post,” Keng said in a letter to the court last week.

“There was no compromise (with Ressa’s camp)”, Keng lawyer Ryan Jan Cruz told AFP, confirming his client had dropped his complaint after winning the first case.

Ressa’s lawyer Theodore Te likewise said he has received a court order to dismiss the second case following Keng’s motion. Court officials could not be reached for comment Tuesday.

Maria Ressa, 57, and Rappler have been subjected to at least 11 investigations, complaints, and cases since Duterte was elected president in 2016.

She has described them as payback for her criticism of Duterte’s policies, including his war on drugs that has killed thousands of people.

Duterte has faced international calls to drop all charges against the veteran reporter, with rights groups saying they amount to state harassment, but has so far ignored them.

Duterte has branded Rappler a “fake news outlet” and the state corporate regulator revoked its operating license in 2018 over its alleged foreign ownership, which the constitution does not allow.

But the government’s efforts to enforce the ruling were halted in 2019 by an appellate court which ordered the regulator to review the order.

Rappler has denied it is under foreign control.