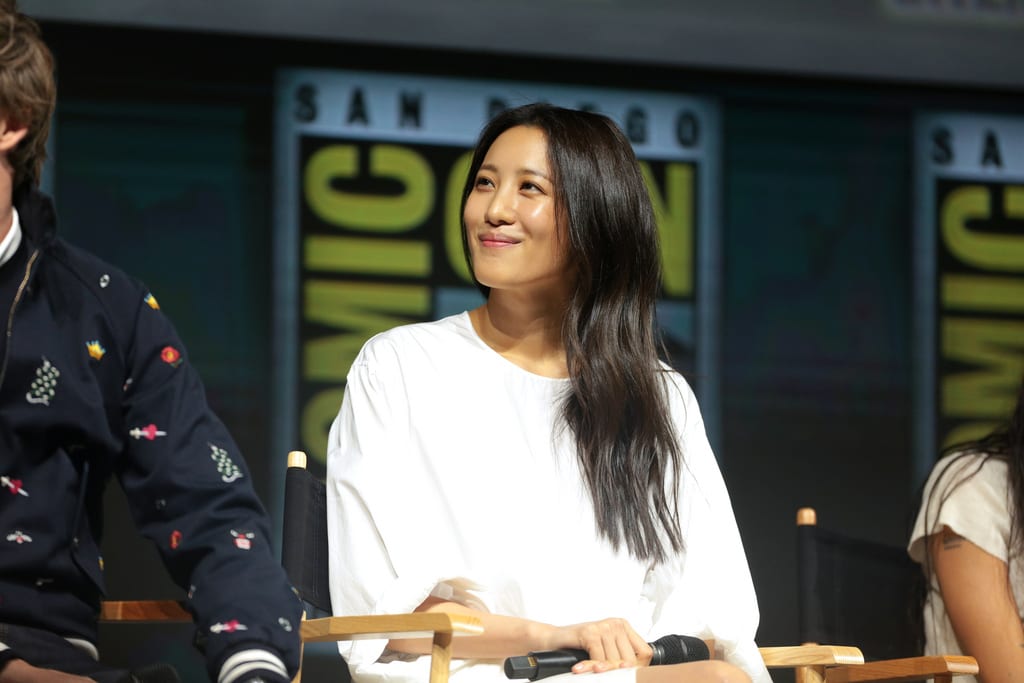 For an Asian actor, a successful career in their own country is already a huge thing. The competition in the industry is so tight that it would need more than just acting talent to be noticed. And to be given an opportunity to be one of the very few Asian actors in Hollywood is incomparable. Although we see many Asian faces in Hollywood, most of them were raised and started their acting careers in the US or the UK like the Filipino-American Vincent Rodriguez III (Crazy Ex-Girlfriend), British-Indian Dev Patel (Slumdog Millionaire) and the cute 11-year-old Taiwanese-American actor, Ian Chen (Grey’s Anatomy) to name a few. Below are some of the famous young Asian stars who were already famous in their homeland before you saw them in a Hollywood film.

Kim Soo-Hyun, popularly known as Claudia Kim, is a South Korean actress and model. She spent six years of her childhood in the United States before returning to South Korea.  Kim made her entertainment debut in 2005 after winning a modeling contest. Since then, she started appearing in supporting roles until she gained international attention for her roles in Marco Polo (2014) followed by Avengers: Age of Ultron in 2015. Her latest movie, Fantastic Beasts: The Crimes of Grindelwald starring Johnny Depp was released in November.

Gao is a Taipei-born Vancouver native. His father is Taiwanese and his mother is Malaysian. Although he moved to Canada when he was still a child, he returned to Taiwan in 2004 to pursue his career. He eventually became the first Asian male model for the fashion brand Louis Vuitton. Gao has appeared in several TV shows and film in Taiwan. In 2013, he got the role of Magnus Bane in the film adaptation of The Mortal Instruments: City of Bones.

Golding was born in Malaysia to a Malaysian mother and English father. His family moved to England when he was 8, but he returned to Malaysia to pursue on-camera roles at the age of 21. Last year he was cast in the film Crazy Rich Asian with Constance Wu which was released in August of this year. It was then followed by a thriller film, A Simple Favor with Anna Kendrick and Blake Lively.

His upcoming projects include romantic comedy Last Christmas with Emilia Clarke and a crime film Toff Guys with Matthew McConaughey.

Kikuchi Rinko is a Japanese actress whose professional acting career started in the film Ikitai (To Live) in 1999. She became the first Japanese actress after 50 years to be nominated for an Academy Award for Best Supporting Actress in Alejandro Gonzalez Inarritu’s film “Babel” (2006). The film garnered seven Academy Award nominations, giving her status as one of Hollywood’s leading young actresses. She also appeared in several Hollywood films including 47 Ronin, Pacific Rim and in 2014, she played Kumiko in David Zellner’s “Kumiko, the Treasure Hunter”.

Priyanka Chopra who just recently married Nick Jonas is an Indian actress, model, singer, film producer, and philanthropist. She won Miss World pageant in 2000 before joining the Indian film industry. In 2017, she made her Hollywood film debut as an antagonist in the action comedy Baywatch starring Dwayne Johnson and Zac Efron. She had She is currently one of India’s highest-paid and most popular celebrities. She has received numerous awards including five Filmfare Awards and a National Film Award. Time named her one of the 100 most influential people in the world, while Forbes listed her as one of the World’s 100 Most Powerful Women.

Jung Ji-hoon, more popularly known by his stage name, Rain is a South Korean singer-songwriter, music producer and actor. His musical career includes seven albums, six were Korean wile on was Japanese. He achieved international stardom with his third Korean album, It’s Raining (2004) which sold a million copies in Asia. The album topped the charts in Hong Kong, Thailand, Taiwan, and Indonesia for six to eight weeks.

He made his acting debut in 2003 and made his Hollywood debut in 2008 film Speed Racer and Ninja Assassin (2009) making him the first Korean to win an MTV award.

Zhang Ziyi is one of the most famous Chinese actresses and model. She made her debut in the television film, Touching Starlight (1996). She started gaining recognition in Hollywood after her role in “Crouching Tiger, Hidden Dragon” which won several awards in the Western world. She also appeared in “Rush Hour 2”, “Hero”, “House of Flying Daggers” and “Memoirs of a Geisha” with Michelle Yeoh and Gong Li.

Another A-list Asian star to watch out for is South Korean Gang Dong Won. He is set to make his Hollywood debut next year in a lead role for the film Tsunami L.A. directed by Con Air (1997) director Simon West.