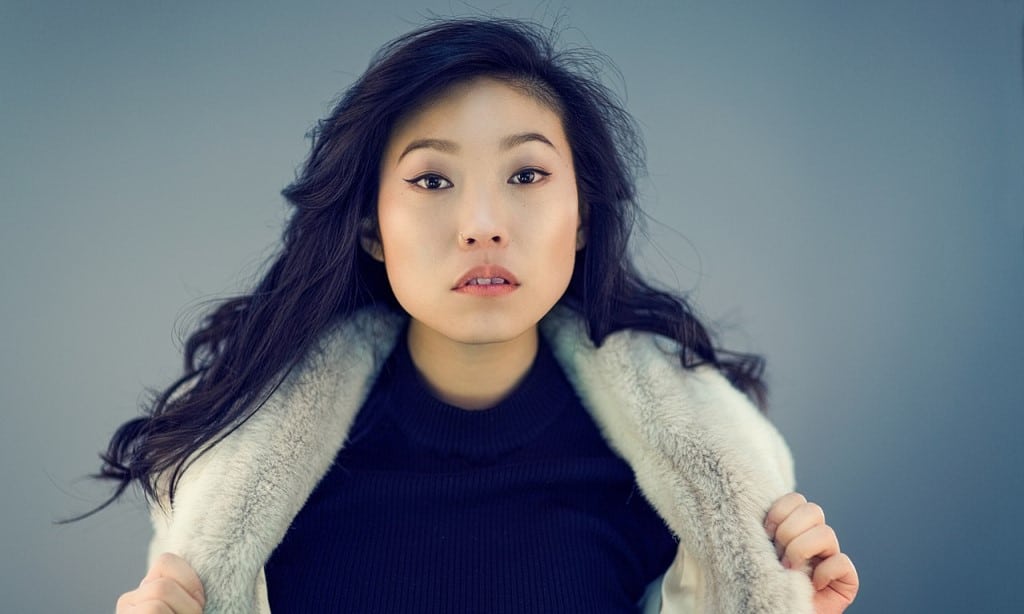 The past two years shaped up to be a busy year for comedian/actress Awkwafina. And amidst a buzzing Hollywood career, the Queens-born star still remains on top of the refreshing Asian female rappers today.

Over the previous year to this point in time, Awkwafina has gone from rising in Ocean’s 8, sky-rocketed to a comedic powerhouse in Crazy Rich Asians, hosted Saturday Night Live, joining Jumanji: The Next Level and recently, most powerfully, turned in an indie darling and moved us in her dramatic role with The Farewell, one of the most talked-about movies that debuted at the 2019 Sundance Film Festival.

The Queens-born actress has been serving us her multitudes and while we praise all these successes, you should also know and check out Awkwafina in the Netflix doc Bad Rap where we take a look back where she really started from. It’s a telling look at her music career on rap & hip hop before she’s this famous. It’s most fascinating to see this now because of how badly everyone underestimated her appeal. Though her image, sound, beats, lyrics and whole vibe from the release of her full EP ‘In Fina We Trust,’ remains a sentiment that Nora Lum is a quick-witted musician and refreshing rapper today.

“Who the fuck is Awkwafina?” calls the stranger in sassy tone from ‘The Fish (Intro).’ Opening track to her long-anticipated EP released last year, In Fina We Trust. The New Yorker rapper ironically made this 7 track record out in public just before she blew up as an actor in Crazy Rich Asians.

So when she’s mistaken for other Asian celebrities in the names of Bingbing Fan, Kimiko Glenn, Constance Wu, and others on the first song I thought that’s a clever yet satirical foreshadowing of her most awaited hit in fame and spotlight. Definitely, something anyone should check out and listen to.

The likes of rap and hip hop aren’t my go-to music but I completely enjoyed this. Mainly because Awkwafina’s self-deprecating humor written throughout made the genre and its quirky beats vibrant and hilarious rather than heavy and complex. On ‘Cakewalk’ we hear cocky lines “Yellow bitches in the house mothafucka / Now these bitches can’t give me bad talk,” a good follow up dismissing haters but oh boy was this just a warm-up.

Carrying us to ‘Inner Voices,’ a conceptual track where she raps with a split personality disorder. Awkwafina spits with hollow brags on the verses which were contradicted on its choruses: “But anyway I got a million in the bank / No you don’t / Yes I do bitch, how the fuck would you know? / Broke ass bitch.” This clearly stood out highlighting one of the central themes on this album where she brags about being wealthy while her inner dialogue knows she’s not.

And the momentum continued when things got real with ‘Pockiez’ boasting in a typical hip-hop fashion she raps “I know I act rich but I’m broke / I’m yellow as an egg yolk / I got good genes and I’m agin’ well / I’m a heavyweight, bitch I devastate them.” One of many lines in the EP where she shamelessly takes pride on all her achievements, labels and most importantly self-identity. Now that she’s more successful she can power up and voice anything however she likes.

Talking production and sound, like much of the full batch, the beat is consistently radiant, popping and danceable. Its back-up vocals, trippy synths, groovy bass lines, drum claps looping, and slick transitions made everything more classy (not trashy) swimming along with iconic phrases.

However, the last songs did an unexpected 360-degree turn exposing Fina’s criticism to the pop culture world. On ‘Ghost’ she dropped multiple celebrity names singing “Had to go, bro, sorry I ain’t even text back, yeah / Nah Nah I don’t know about that man.” showing her indifference.

Followed by ‘Testify’ my personal favorite and marks the most sincere. She melodically tells about her dreams, struggles to reference her journey towards them: “Young Fina / Slanty eyed dreamer / I was born to be a leader / And I know I probably started late / But I’ve been writing these rhymes on the 7 train,”  this is her anthem. An ode to self and the art she does.

When she says “Ain’t gotta justify shit / I’m that chick / Imma make this city so proud/ Let me testify,” everything hits too close to home seeing where and what the comedian has done now.

Wrapping it up, of course, Nora had to shift from a serious tone back to the satirical edge with ‘The Fish (Outro)’ a reference to the intro where a stranger misidentifies her as other Hollywood stars touching the hint of politics in the industry.

Cut to now, despite her rise to stardom, she went back from the top with the same question, “Who the fuck is Awkwafina?” closing the record. In Fina We Trust is not radio-friendly and is not as grandiose as the rest of rap & hip hop artists but it definitely will impress the audience with Fina’s share and quick-witted comical lines you’ll spot in all of its content. I can’t wait for her music to flourish and I don’t understand why no one’s talking about it! This New Yorker actor and rapper will be hitting the Billboard charts next thing on the line. Do yourself a favor and stream an underrated gem that is her music.